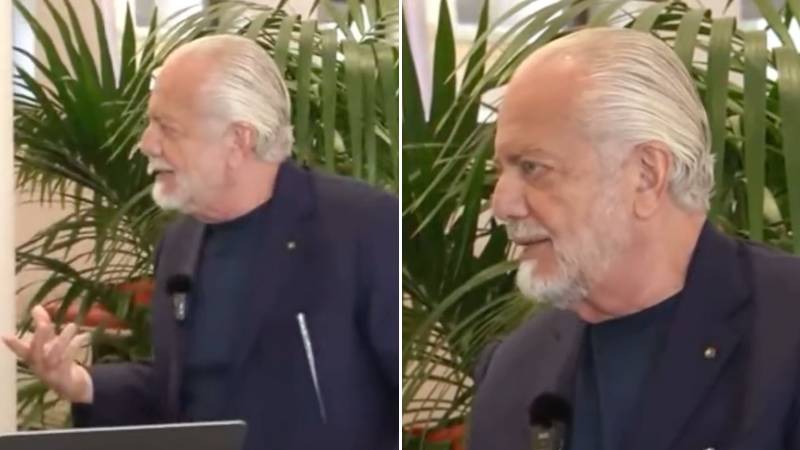 Naples President Aurelio De Laurentiis said he would not sign any more African players “unless they sign a deal to leave the Africa Cup of Nations‘.

The pair missed a number of Napoli games when they were away on international duty between January and February.

Months later and De Laurentiis appeared on a live broadcast with Wall Street Italy when he expressed his views on African players participating in the biennial tournament.

“I told them guys, don’t talk to me about Africans anymore!” De Laurentiis said during the event via Football Italia.

“I love them, but whether they sign something confirming that they will be out of the Africa Cup of Nations, or else between this tournament, the World Cup qualifiers in South America, these players are never available!

“We are the idiots who pay salaries only to send them all over the world to play for others.”

Napoli president Aurelio de Laurentiis says he does not want any more Africans at the club unless they give a written commitment not to play in the Africa Cup of Nations.pic.twitter.com/GBfO865zVg

ESPN quote the 73-year-old: “Or they sign a waiver giving up their right to participate in the African Cup of Nations tournaments or between AFCON and the leagues in South America.

“I never have them [Napoli players] available.”

Speaking to the WSL, De Laurentiis also claims he turned down a $900 million bid to buy Serie A side Napoli from American investors.

“In recent years these investment funds have become fashionable, they have to guarantee their investors a certain income within five years,” he said.

“They saw that football is a big opportunity and they can double their investment by selling clubs to investment funds in the future. That’s what Milan and Inter have done, right?

“The funds are attacking me, I can’t take it anymore. In 2017-18, an American fund offered me 900 million dollars to sell Napoli. But they don’t understand that I’m this pure businessman who likes to play the game, so let me keep playing.”