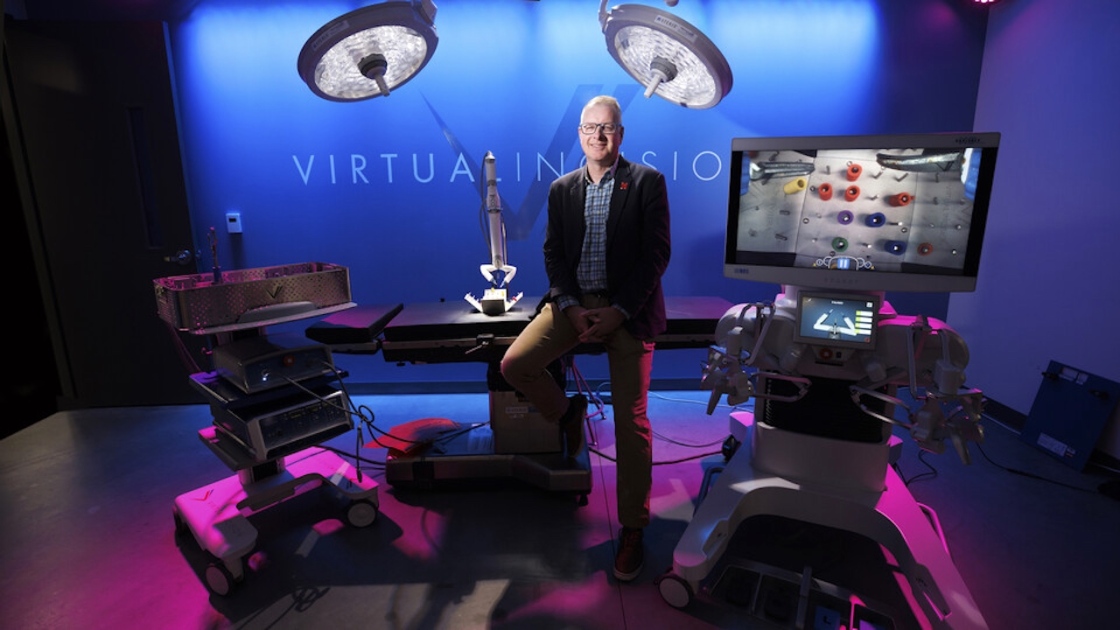 NASA is funding a tiny surgical robot, known as MIRA (miniature robotic in-vivo assistant), for a 2024 test mission to the International Space Station.

The space agency recently awarded $100,000(Opens in a new window) at the Virtual Incision startup, based at the University of Nebraska-Lincoln’s (NIC) Innovation Campus, where Shane Farritor has spent more than 15 years developing MIRA.

Now, he and engineering graduate student Rachael Wagner will spend another year writing software, configuring the bot and “exhaustively” testing its use in space. MIRA is expected to take its turn on the ISS in 2024 – nearly two decades since Virtual Incision was founded in 2006.

“NASA has been a long-term supporter of this research, and as a culmination of this effort, our robot will have the opportunity to fly aboard the International Space Station,” said Farritor, a UNL engineering professor.

The technology boasts two key advantages: Its small size allows doctors to perform surgeries in a minimally invasive manner, and they can do so remotely.

“As people go deeper and deeper into space, they may need surgery someday,” Farritor said. “We are working towards that goal.” An example given is the potential this technology has for treating astronauts arriving on Mars. What if one of them has a ruptured appendix?

An earlier experiment saw retired NASA astronaut Clayton Anderson, based at the Johnson Space Center in Houston, direct MIRA to perform “surgery” in an operating theater 900 miles away at the University of Nebraska Medical Center in Omaha.

During its journey to the space station, the robot will learn to operate autonomously. Inside a cabinet the size of a microwave oven, MIRA will practice cutting stretched rubber bands and pushing metal rings along a wire—maneuvers that mimic those used in surgery. “These simulations are very important because of all the data we will collect during the tests,” Wagner said.

While Farritor doesn’t expect MIRA to operate on its own for another 50 to 100 years, the device is planned to operate autonomously now to preserve the space station’s communications bandwidth and minimize the astronauts’ time with the experiment.

“The astronaut flips a switch, the process starts, and the robot does its job on its own,” Farritor explained. “Two hours later, the astronaut turns it off and it’s ready.”