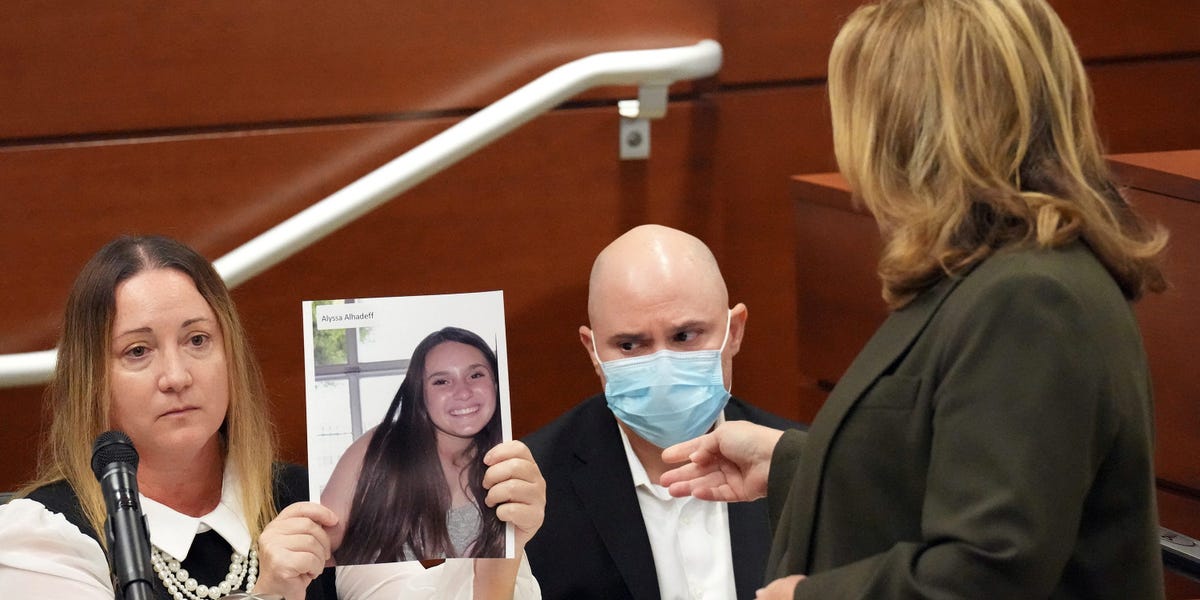 As the parents of the children killed in the Parkland shooting took the witness stand during the gunman’s sentencing hearing Tuesday, the gunman’s defense team was moved to tears by the testimony.

The father of Alyssa Alhadeff – who would have entered her sophomore year of college this month had she not been murdered – gave emotional testimony about who his daughter could have been at Tuesday’s hearing.

“Soon he would go on to be a professional football player. He would get his law degree and maybe become one of the most successful business negotiation lawyers the world would ever see,” Ilan Alhadeff said. according to CNN.

“He was supposed to get married and I was going to have my father-daughter dance,” he said, CNN reported. “He would have a beautiful family, four children, live in a lovely house – a beach house on the side.

“All these plans ended with the murder of Alyssa,” he told the court, according to CNN.

Several other parents of the 14 children killed by the gunman also took the stand, sharing statements about their children’s possible futures and the impact their deaths have had.

A mother wondered if her son, the captain of the swim team, would have made it to the Olympics, and a father discussed traveling the world now as a family of four instead of a family of five, according to CNN.

As the parents shared their statements over the final two days of testimony, the perpetrator showed little emotion, CBS News reported.

However, several of his own lawyers wiped away tears as they heard the parents’ stories, CBS News reported. Judge Elizabeth Scherer’s voice cracked as she instructed the court.

The gunman pleaded guilty in October to 17 counts of murder and 17 counts of attempted murder for opening fire at Marjorie Stoneman Douglas High School on February 14, 2018.

This phase of the ongoing trial is set to determine the offender’s sentence. Prosecutors have asked for the death penalty, while defense attorneys are fighting for life in prison without parole.