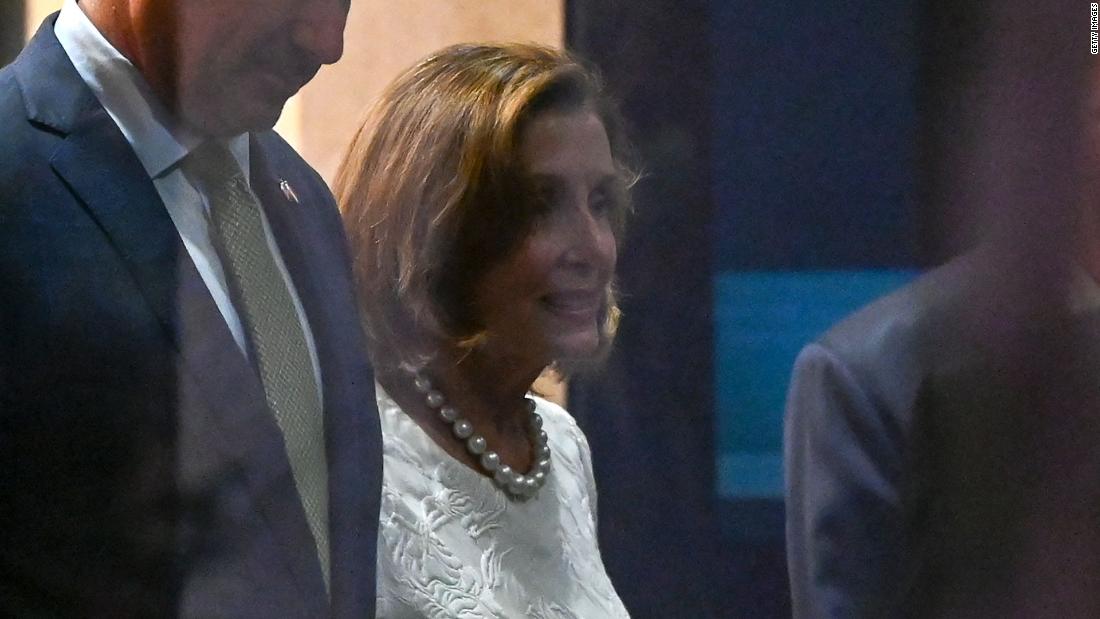 Pelosi traveled to Taiwan amid warnings from both the Biden administration and China, which reacted strongly after the speaker’s congressional delegation visited Taipei on Tuesday.

Pelosi said in a statement Tuesday that her visit to Taiwan “honors America’s unwavering commitment to support Taiwan’s vibrant democracy.”

Pelosi and the congressional delegation traveling with her will also meet with members of Taiwan’s legislature and President Tsai Ing-wen on Wednesday before departing Taiwan, a self-governing island that China claims as part of its territory. .

China’s foreign ministry charged that Pelosi’s visit “has a serious impact on the political basis of China-US relations and seriously violates China’s sovereignty and territorial integrity.”

China’s military — the People’s Liberation Army, or PLA — said it was conducting military exercises in response to Pelosi’s visit.

In an unusual move, Chinese state media tweeted a map showing six areas around Taiwan where it said the PLA would conduct drills, including live-fire drills from Thursday to Sunday.

The raids were carried out by 10 J-16 fighter jets, eight J-11 fighter jets, one Y-9 electronic warfare aircraft, one Y-8 electronic intelligence aircraft and one KJ-500 airborne early warning and control aircraft, the Taiwanese Defense The ministry said in a statement on Tuesday evening.

China frequently sends warplanes into Taiwan’s self-proclaimed ADIZ. The most incursions ever recorded was on October 4 last year, when 56 military aircraft flew into the area on the same day.

Air Defense Identification Zones are isolation areas established to provide advance warning of incoming aircraft. They differ from and exceed sovereign airspace, which is defined under international law as extending 12 nautical miles from a territory’s coastline.

But White House officials said Pelosi’s trip was in line with US policy toward Taiwan, while warning Beijing against escalating in response.

Taiwan’s foreign ministry welcomed the speaker’s visit, saying it “fully demonstrates the high importance the US Congress attaches to Taiwan.”

Pelosi, long a China hawk, explained in an op-ed published shortly after she landed on Tuesday why she chose to be the first speaker to travel to Taiwan in 25 years, writing that the US should stand by a democracy now threatened by the Chinese Communist party.

“We cannot remain indifferent as the (CCP) continues to threaten Taiwan — and democracy itself,” he wrote.