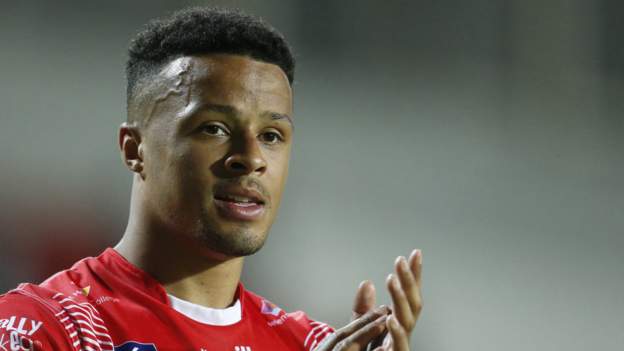 St Helena winger Regan Grace played his final game for the club after rupturing an Achilles, ruling him out for the rest of the season.

The 25-year-old was injured in Sunday’s defeat to Salford and will now undergo surgery.

Grace is due to cross codes to join French rugby union Racing 92 at the end of the Super League season.

“It’s a devastating blow for him and for us as a team and as a club as well,” Saints boss Kristian Woolf said.

Before joining the Saints youth team, Port Talbot-born Grace played rugby but burst onto the scene in the 13-a-side game by scoring on his Super League debut in a thrilling result. Good Friday derby with Wigan in 2017.

Since then, he has been part of a Saints side that has enjoyed consistent success in recent years, winning three Super League grand finals in a row as well as last season’s Challenge Cup.

Grace rejected the offer of a new contract before agreeing to join Racing 92 and endured an injury-plagued season, with Sunday’s loss just his ninth appearance for the club this term.