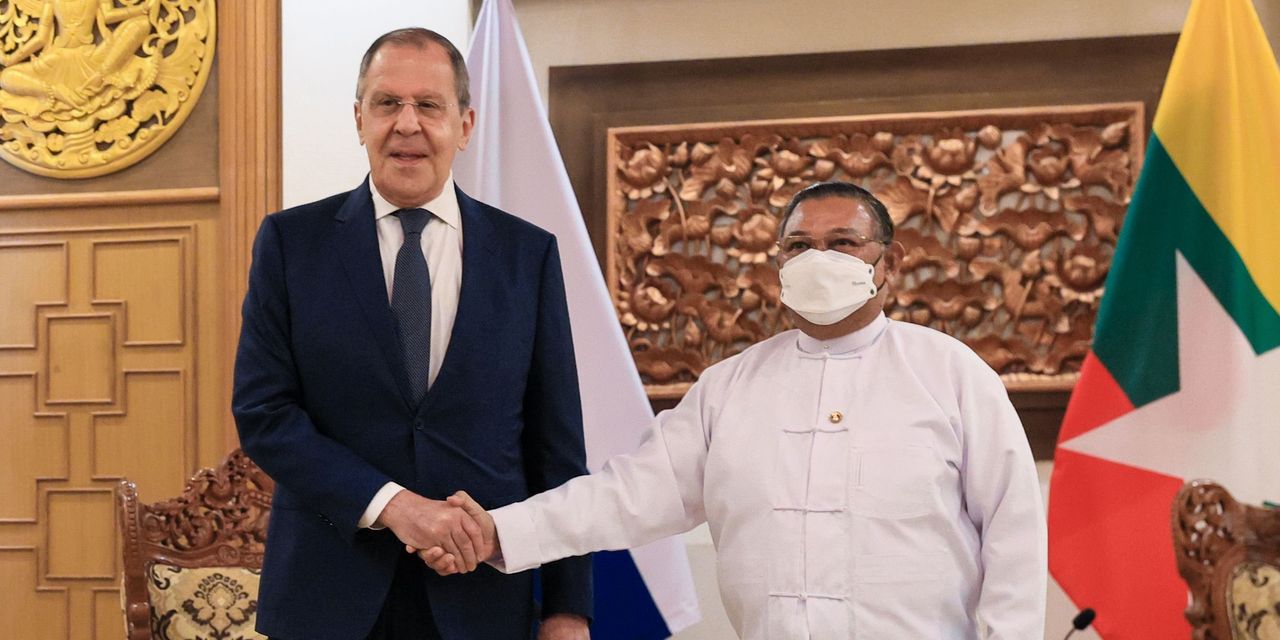 Russia has emerged as one of the most prominent backers of Myanmar’s military junta that seized power in a coup last year. While the US and many other Western democracies shun military rule, Moscow has twice hosted coup plotter General Min Aung Hlaing for diplomatic meetings, including discussions on defense ties, and last year sent a senior defense official to a military event in its capital Myanmar. Naypyitaw. The junta in turn has expressed its support for Russia’s invasion of Ukraine.

Mr Lavrov’s visit comes as opposition to the junta has intensified since it executed four men, including two prominent democracy activists, last month. The US called the executions reprehensible acts of violence and reiterated its call for all countries to ban military equipment sales to Myanmar and refrain from lending international credibility to the regime.

Russia is among Myanmar’s top arms suppliers, as is China. Both countries have veto power in the United Nations Security Council, which has faced calls from the UN human rights rapporteur for Myanmar and opponents of the junta regime to impose an arms embargo. The Security Council has not taken such action.

The political situation in Myanmar is among a growing list of issues on which the US is at odds with Russia and China. The coup ended Myanmar’s decade-long transition to democracy and prompted Western sanctions against military leaders and their operations. The junta’s deadly crackdown on pro-democracy protesters has led some to form an armed resistance movement, escalating conflict across the country. The military has been accused by human rights groups of using Russian weapons and ammunition against civilians.

Myanmar’s junta has not publicly commented on the visit.

Junta leader General Hlaing attended a security conference in Russia in June 2021 and traveled to the country again in July this year, although he did not meet Russian President Vladimir Putin on either visit. According to Myanmar’s state news agency, during the recent trip, senior defense officials from both countries “exchanged views on further promoting existing friendly relations.” General Hlaing also met with representatives of the Russian space and nuclear services and the US-sanctioned head of a state-controlled arms export company.

High-level visits to Myanmar have been rare since the coup. In early July, the country hosted a regional forum attended by the foreign ministers of China, Cambodia, Laos, Thailand and Vietnam. Chinese Foreign Minister Wang Yi said the friendship between China and Myanmar “remained stable and unbreakable without being affected by internal changes in each other’s country,” according to a Chinese Foreign Ministry statement. His Myanmar counterpart expressed continued support for China’s positions on issues related to Taiwan, Hong Kong, Xinjiang and human rights, the statement said.