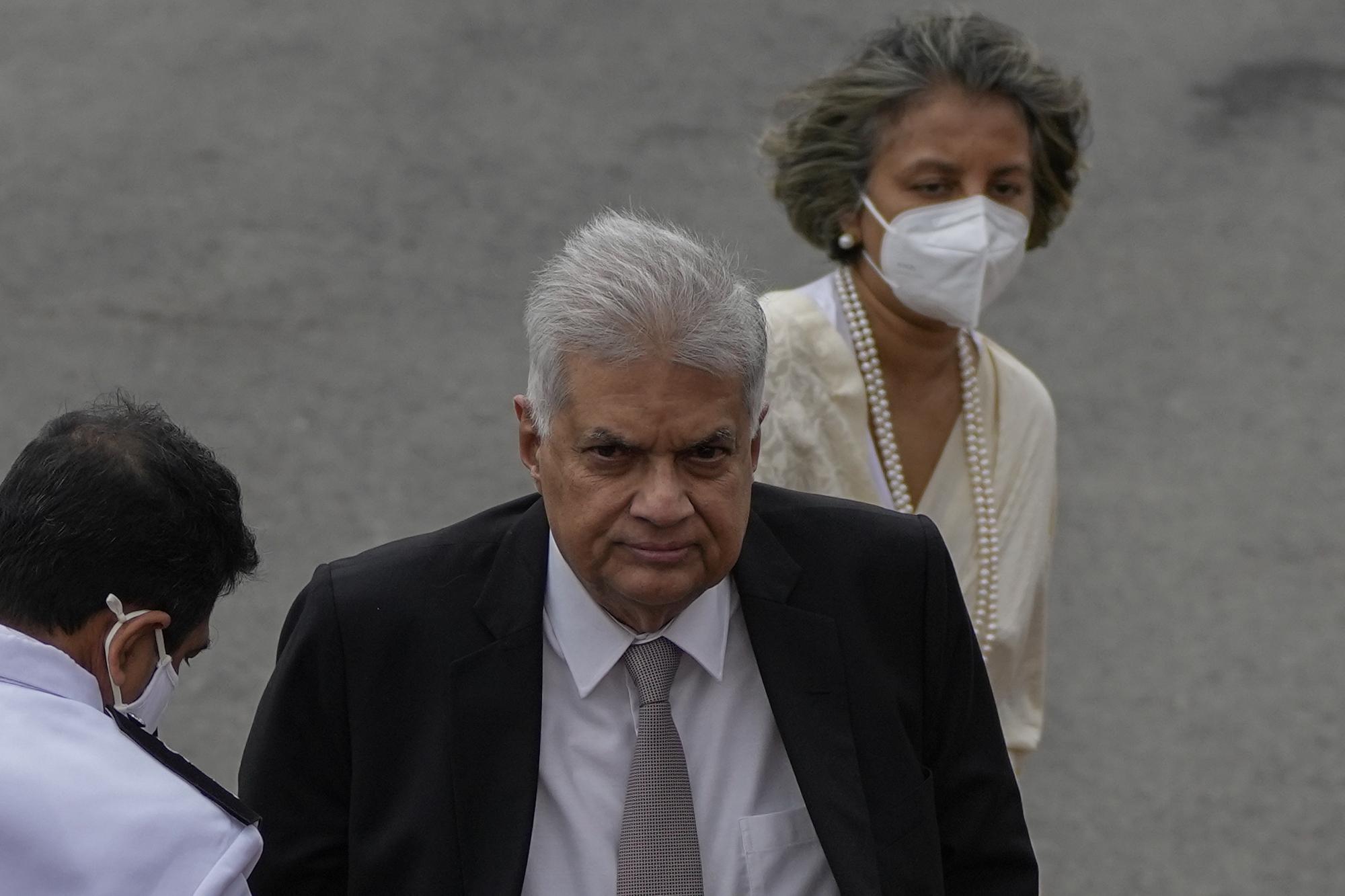 COLOMBO, Sri Lanka (AP) — Sri Lanka’s new president said Wednesday his government is preparing a national policy roadmap for the next 25 years aimed at reducing public debt and transforming the country into a competitive export economy as is looking for a way out of its worst financial disaster.

President Ranil Wickremesinghe in his speech to Parliament he said that Sri Lanka needs long-term solutions and a strong foundation to stop a repeat of economic crises.

Mass public protests have blamed Wickremesinghe’s ousted predecessor, Gotabaya Rajapakasa, and his powerful family for years of mismanagement and corruption that have bankrupted the nation and led to unprecedented shortages of essential imports such as fuel, medicine and cooking gas. But many remain skeptical of Wickremesinghe and accuse him of trying to protect the former leader and his relatives.

Sri Lanka announced in April that it was suspending repayment of foreign loans. Its total external debt is $51 billion, of which it must pay $28 billion by 2027.

Wickremesinghe said his government had begun negotiations with the International Monetary Fund on a four-year bailout plan and had begun finalizing a debt restructuring plan.

“We will submit this plan to the International Monetary Fund in the near future and negotiate with the countries that provided loan assistance. After that, negotiations with private creditors will also begin to reach a consensus,” he said.

He said the difficulties had eased somewhat with reduced power outages, introduction of fertilizers for cultivation and improved distribution of cooking gas.

“Safety measures have been taken to avoid food shortages. The transfer of essential medicines and medical equipment to hospitals has begun. Schools have reopened. Steps are being taken to overcome the hurdles faced by industries and export sectors,” he said.

Wickremesinghe said the government’s goal is to create a primary budget surplus by the year 2025 and reduce public debt, currently at 140 percent of GDP, to less than 100 percent by 2032.

“The economy must be modernized. Economic stability must be established and transformed into a competitive export economy. In this context, we are now preparing the necessary reports, plans, rules and regulations, laws and programs,” he said.

“If we build the country, the nation and the economy through the national economic policy, we will be able to become a fully developed country by the year 2048 when we celebrate the 100th anniversary of independence,” Wickremesinghe said.

Wickremesinghe was elected president last month to serve out the remainder of Rajapaksa’s five-year term, which ends in 2024. Rajapaksa fled the country after protesters, angry over economic difficulties, stormed his official residence and occupied several key government buildings.

Wickremesinghe cracked down on the protests and many protest leaders were arrested on charges of trespassing and destruction of public property. Protest camps set up in front of the president’s office were broken up by armed soldiers who beat protesters.

However, Wickremesinghe on Wednesday denied that he was “hunting down” protesters.

He said he would protect peaceful protesters and opened an office to handle complaints of any illegal action. People who broke the law unknowingly or at the instigation of others would be treated with “sympathy,” while those who deliberately engaged in violence would be prosecuted, he said.

Wickremesinghe said that since the youth had led the protests and wanted a change in the political system, it would pave the way for more youth to attend Parliament in the next election.

“The next election should be the mandate of the youth. I consider that creating a new constitution with new attitudes in order to give space to the youth is one of the main priority tasks. “

He sought friendship among political parties, saying only an all-party government can solve the country’s problems.

“The expectation of all the citizens of the country at this juncture is that all their representatives in Parliament work together to build the country,” he said.