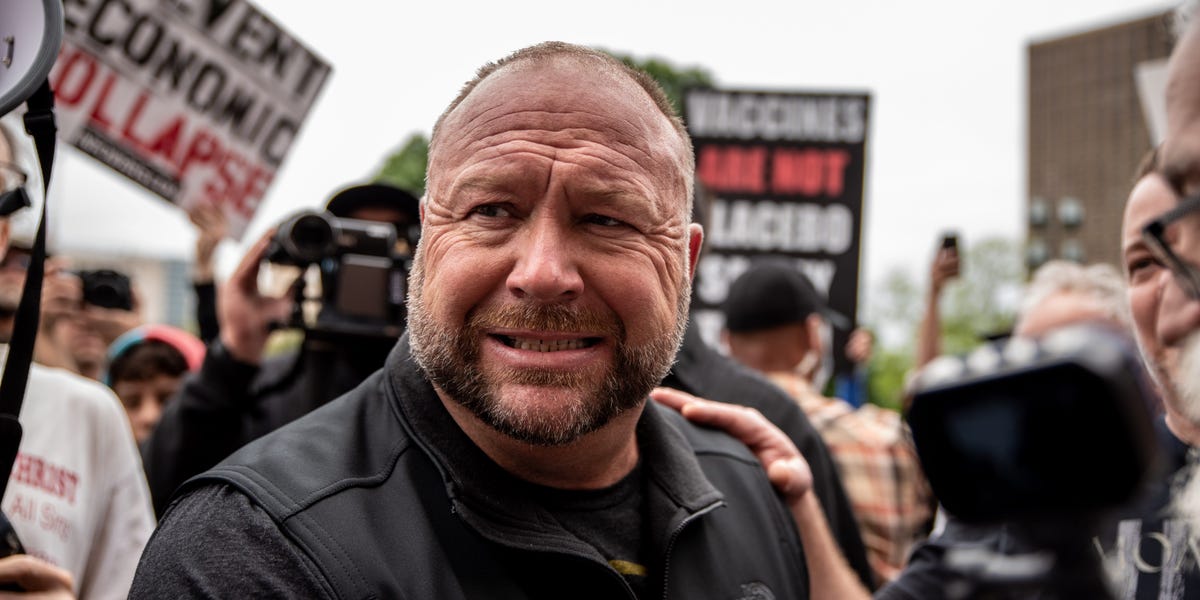 A Travis County judge reprimanded Infowars founder and host Alex Jones on Tuesday, saying he needed to be honest on the stand and that he was using the trial to “push aside” things that weren’t relevant.

Jones is on trial in Texas after being sued by the parents of Jesse Lewis, who died during the Sandy Hook Elementary School massacre in 2012. After Sandy Hook, in which 20 children died, Jones spread the false message to the public that the shooting was a hoax orchestrated by the government.

Judge Maya Guerra Gamble told Jones during the trial that he “abused her leniency” after taking the stand to tell jurors he was bankrupt and providing evidence during discovery. Gamble said both of those claims were untrue.

Gamble also mentioned “comments about the larynx or whatever,” which may have been mentioned earlier during Jones’ testimony, when he testified that he had a “torn larynx”.

“You are already under oath to tell the truth,” said Gumble. “You have already broken that oath twice today. Just in those two examples. It seems absurd to suggest to you again that you must tell the truth while testifying. Yet here I am.”

The parent company of Jones Free Speech Systems filed for bankruptcy on Friday, but Gamble said that didn’t mean he was broke. During earlier lawsuits, three companies associated with Jones filed for bankruptcy. An attorney for one of the families suing Jones told Insider it was used to stop the lawsuit.

Gamble also accused Jones of using the stand to try to “project the message you want to go on” instead of honestly answering questions raised during the trial.

“You have to tell the truth while testifying,” Gamble said. “This is not your show.”

Jones countered and said that he believed everything he was saying was true, to which Gamble replied, “Just because you claim to believe something is true doesn’t make it true.”

Earlier Tuesday, Lewis’ father, Neil Heslin, called Jones a “coward” after he failed to appear to hear his testimony and said Jones lacked the courage to confront him.