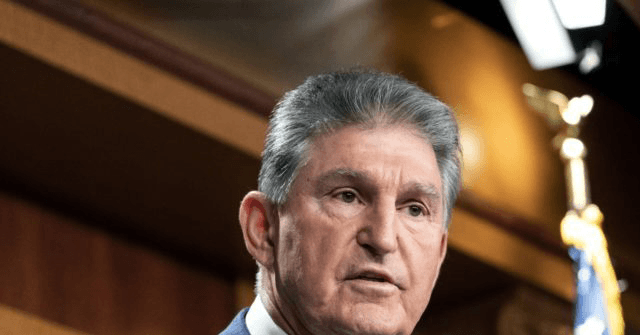 On Tuesday’s CNBC “Closing Bell,” Sen. Joe Manchin (D-WV) reacted to claims from the National Association of Manufacturers that the taxes in the reconciliation bill would hurt the manufacturing sector and reduce GDP and labor income, stating that claims by the Joint Committee on Taxation that the bill would raise taxes on people making $200,000 did not it’s true, JCT The analysis was only done by the Republican side of the Commission, and “a lot of it is being distorted right now.”

Manchin stated that “all we’re saying is companies that don’t pay or pay too much [little]if it exists at all, and there [are] 55 of the largest companies, this only affects Sara, companies that have a billion dollars in revenue or more per year, which are actually going to be assessed this way to pay a minimum of 15%. And I just can’t believe that these patriotic companies don’t want to help this country defend itself and be able to do what we need to do to be the world’s superpower.”

Manchin responded, “If you thought it would hurt, don’t you think the last two years would hurt — would you see record capital investment? And you’ve seen the least capital investment with record profits. So the one thing we’re saying is what they’re telling me the most is credibility, make sure that this government will let them do their job by allowing regulations. And that’s what we’re going to essentially speed up and streamline as far as humanly possible — we can do things and build things much faster than we’ve ever done before. All of this is part of this package. Well, it’s going to be great from that end.”

Aizen then said, “Well, the National Association of Manufacturers [disagrees]. They say the tax in 2023 alone will reduce GDP by $68.5 billion, reduce labor income by $17.1 billion. This is problematic.”

Manchin responded, “I’ve also heard that the CDC, you’ve heard about this — the joint tax — sorry, the JCT, the Joint Committee on Taxation, you’ve heard that he said he was going to challenge people to pay taxes that reached $200,000, which is absolutely, completely false, that is not the fact. What they don’t tell you, Sarah, is that this only came from one half, the Republican side. The [Joint Committee on Taxation] basically it has two sides. You have a Republican side, a Democratic side, they work together. When they have a joint statement, it’s basically from both sides. This only came from one side. So a lot of it is being distorted right now. For the first time we are paying off our debt, $300 billion. We haven’t in 25 years, not in 25 years, we’re paying off debt. We are increasing energy production.”