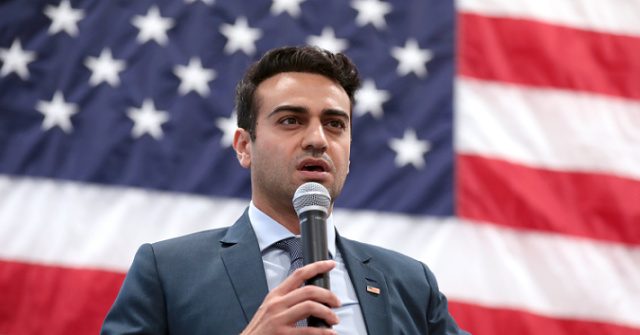 Abe Hamadeh, who was endorsed by former President Donald Trump, won the Republican primary for Arizona Attorney General, according to an Associated Press forecast.

Hamadeh, a young politician, is a veteran and former prosecutor in the Maricopa County District Attorney’s office. Hamadeh’s race was announced the morning after Election Day. With 97 percent of precincts reporting, the former prosecutor won 32 percent of the vote, which was eight points higher than his nearest challenger.

In his endorsement, Trump noted that Hamadeh “knows what happened in the 2020 election and will enforce voting laws so our elections are Free and Fair again.”

Trump said Hamadeh “will go after drug cartels to secure and stop the incursion of our southern border and is committed to the Constitution, equal justice under the law, our military and our veterans.”

“He will stand up to ‘wake up’ Big Tech and the Radical Left. It will also protect our great Second Amendment, which is under siege now more than ever,” Trump added.

“I know I’ve talked about this before when I talked about labeling drug cartels as terrorist organizations. And that would be one of my first priorities,” Hamadeh told Breitbart News. “First of all, why all the fentanyl that’s pouring out all over the country. I mean, it’s killed hundreds of 1000s of young Americans.”

Hamadeh also said he would urge Arizona’s next governor to create a state patrol to protect the southern border. “So I’m asking that the state patrol be created so that we can finally patrol our borders without asking permission from the federal government,” he said.

As for big tech, Hamadeh said he is “looking into” declaring Google a public utility, which would prohibit them from censoring conservatives in their search results.

Hamadeh will face Democratic candidate Chris Mayes, who ran unopposed in the Democratic primary, in the November midterm elections.