“Tudor Dixon is a conservative warrior who built an impressive career in the steel industry while working with her wonderful father, who now proudly watches over her,” Trump wrote. “She raised a beautiful family and is ready to save Michigan. They are pro-God, pro-Guns and pro-Freedom and they will not stop it!” 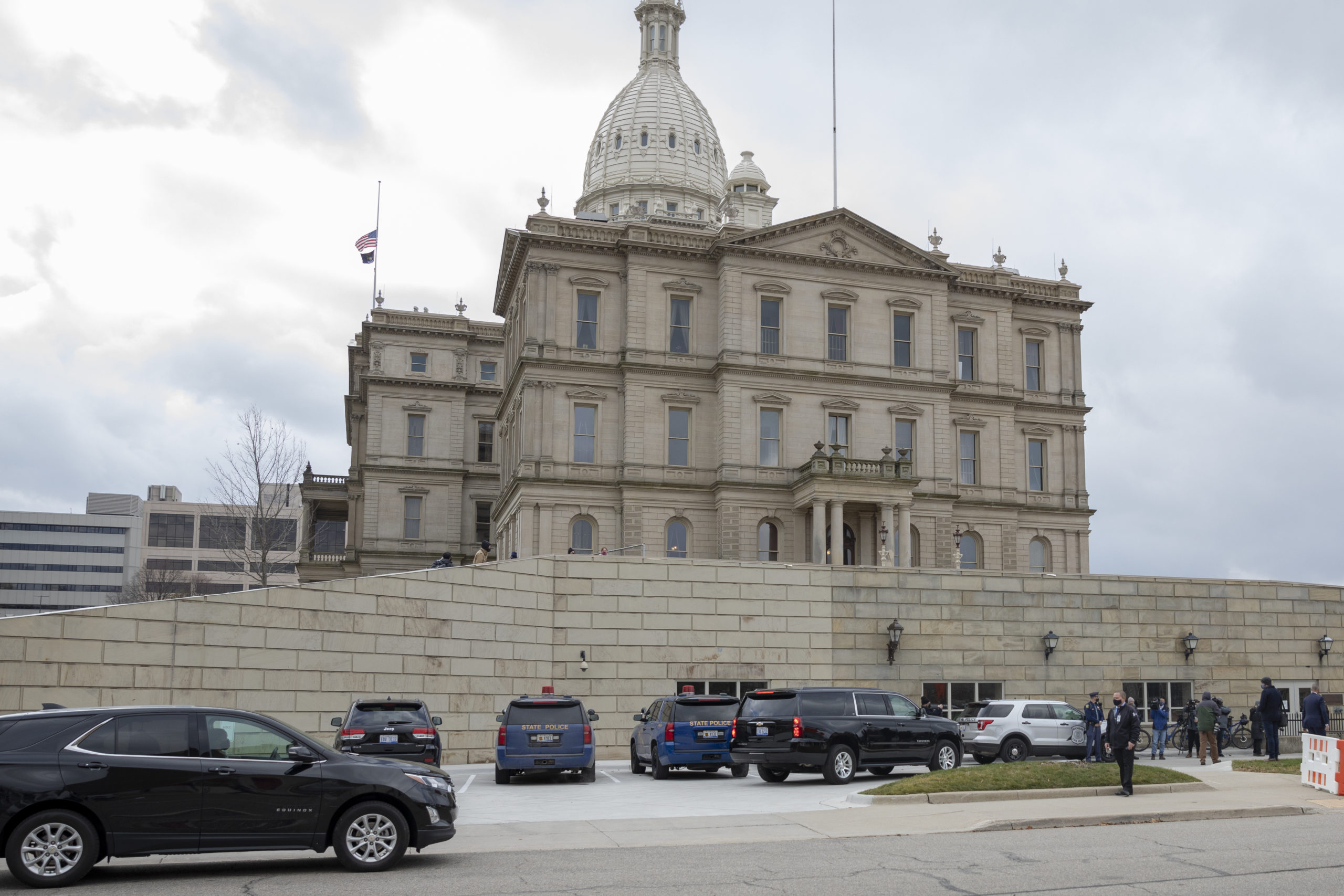 Governor Gretchen Whitmer is escorted to the entrance of the Michigan State Capitol on December 14, 2020 in Lansing, Michigan. Michigan’s electors will meet this afternoon to certify the Electoral College vote. (Photo by Elaine Cromie/Getty Images)

Dixon made education a central part of her platform, proposing a ““Prents Right To Know Act” on January 18 which would force any federally funded school to post all curriculum materials, including textbook titles, library book titles, course syllabi, and the district’s diversity, equity and inclusion programs, and contracts on its website for the community to see. The plan, Dixon says, will “increase transparency and accountability” in K-12 schools across Michigan.

“I’m going to make sure that schools are transparent about what they think is appropriate for kids to learn, and if schools feel that defaming America is appropriate, then they need to own it,” Dixon said in the YouTube video. “If a school wants to hire a DEI consultant at $25,000 an hour for a discussion, let the community have that discussion, then they can hold their school accountable.”

Content created by The Daily Caller News Foundation is available free of charge to any eligible news publisher that can deliver a large audience. For opportunities to license our original content, please contact licensing@dailycallernewsfoundation.org.