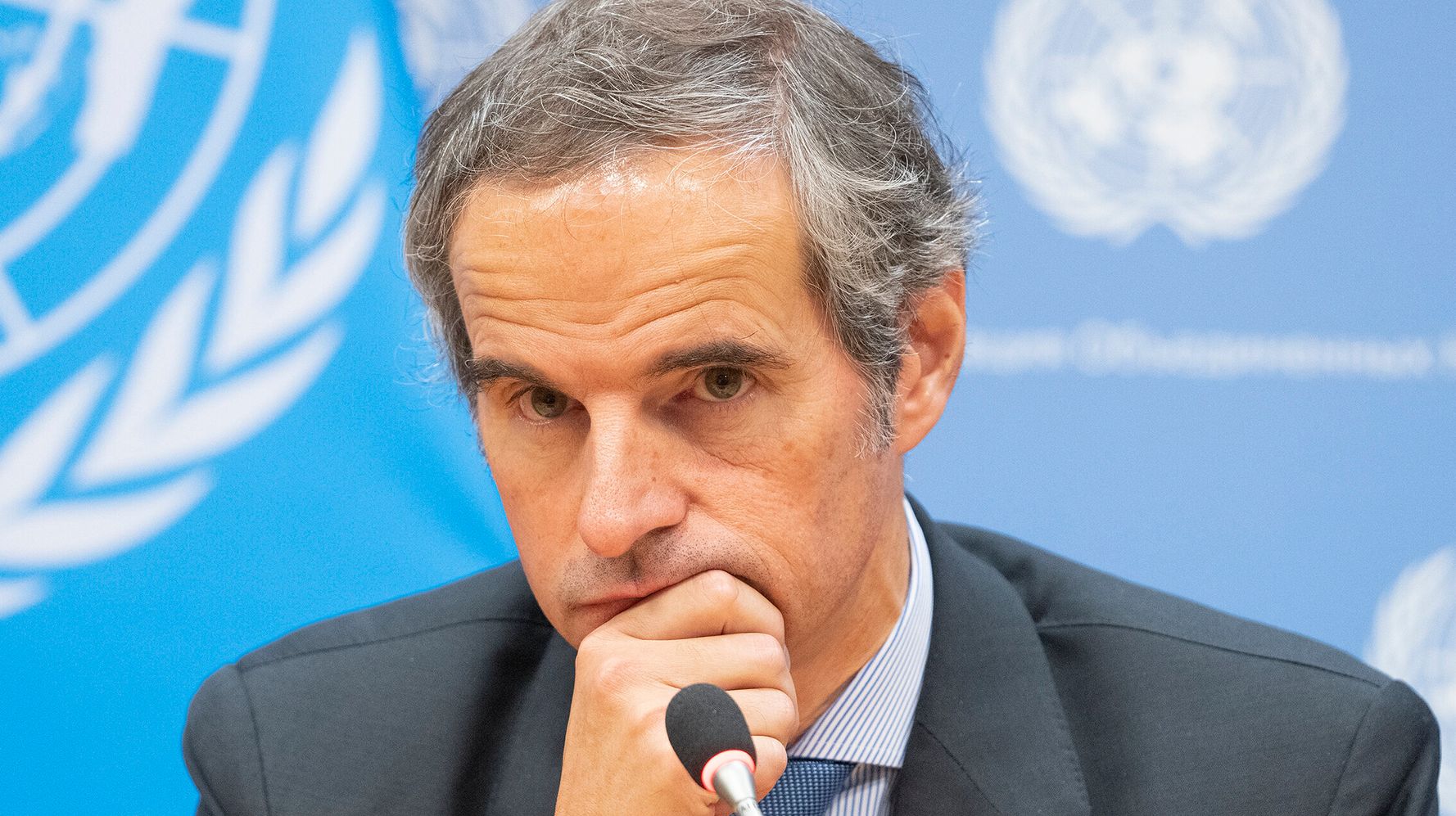 UNITED NATIONS (AP) — The U.N. nuclear chief warned that Europe’s largest nuclear power plant in Ukraine “is completely out of control” and made an urgent appeal to Russia and Ukraine to quickly allow experts to visit the sprawling complex to stabilize the situation and avoid a nuclear accident.

Rafael Grossi, director general of the International Atomic Energy Agency, said in an interview Tuesday with The Associated Press that the situation is becoming more dangerous every day in Plant Zaporizhzhya in the southeastern town of Enerhodar, which Russian troops captured in early March, soon after they invaded Ukraine on February 24.

Grossi cited multiple security breaches at the plant, adding that it is located “in a place where active warfare is going on,” near territory controlled by Russia.

The physical integrity of the factory was not respected, he said, citing shelling at the start of the war when it was seized and continued information from Ukraine and Russia accusing each other of attacks in Zaporizhia.

There is “a paradoxical situation” in which the plant is controlled by Russia but Ukrainian personnel continue to carry out their nuclear operations, leading to inevitable moments of friction and alleged violence, he said. While the IAEA has some contacts with staff, these are “flawed” and “inefficient,” he said.

Grossi said the supply chain for equipment and parts has been disrupted, “so we’re not sure the factory is getting everything it needs.” The IAEA must also carry out very important inspections to ensure that nuclear material is protected, “and there is a lot of nuclear material there that needs to be inspected,” he said.

“When you put that together, you have a list of things that should never happen at any nuclear facility,” Grossi said. “And that’s why I’ve insisted from day one that we should be able to go there to do that safety and security assessment, do the repairs and help like we already did at Chernobyl.”

Russia’s seizure of Zaporizhzhya renewed fears that the largest of Ukraine’s 15 nuclear reactors could be damaged, triggering another emergency like the 1986 Chernobyl accident, the world’s worst nuclear disaster, which occurred about 110 km ( 65 miles) north of the capital Kyiv.

Russian forces seized the highly contaminated site soon after the invasion, but handed control to the Ukrainians in late March. Grossi visited Chernobyl on April 27 and tweeted that the security level was “like a flashing ‘red light'”. However, he said on Tuesday that the IAEA had set up “an assistance mission” to Chernobyl at the time “which has been very, very successful so far”.

The IAEA should go to Zaporizhia, as it did to Chernobyl, to establish the facts of what is really going on there, carry out repairs and inspections and “prevent a nuclear accident from happening,” Grossi said.

The head of the IAEA said that he and his team needed protection to reach the factory and the urgent cooperation of Russia and Ukraine.

Each side wants this international mission to move from different locations, which is understandable in light of territorial integrity and political considerations, he said, but there is something more urgent and that is the transfer of the IAEA team to Zaporizhia.

“The IAEA, with its presence, will be a deterrent to any act of violence against this nuclear plant,” Grossi said. So I’m asking as an international civil servant, as the head of an international organization, I’m asking both sides to let this mission go ahead.”

Grossi was in New York to deliver a keynote address at the start of Monday’s delayed high-level meeting to revise the landmark 50-year-old Treaty on the Non-Proliferation of Nuclear Weapons aimed at preventing the spread of nuclear weapons and ultimately achieving a nuclear-free world.

In the interview, the IAEA chief also talked about efforts to revive the 2015 nuclear deal between Iran and major powers that the Trump administration abandoned in 2018 and the Biden administration is working to renew.

Grossi said “there is an ongoing effort to try to go to one more meeting or round to explore the possibilities of reaching an agreement.” He said he heard the meeting “could happen soon.”

US Secretary of State Anthony Blinken told the NPT review conference on Monday that Iran was “either unwilling or unable” to accept a deal to return to the 2015 accord aimed at reining in its nuclear program.

Grossi said there are “significant differences between the negotiating parties” and significant verification issues related to past activities that Iran must address. “It’s not impossible, it’s complicated,” he said.

If the nuclear deal, known as the JCPOA, is not extended, he said some IAEA inspections would continue. But the JCPOA provides for additional transparency and inspections “which I think are extremely important, very necessary, because of the breadth and depth of the nuclear program in Iran,” he said.

Grossi stressed that working with the IAEA, answering its questions, allowing its inspectors to go where they need to, is essential for Iran to build trust and confidence. “Promises and kind words won’t do,” he said.

In another matter, Grossi said last September’s agreement by which the United States and Britain would provide Australia with nuclear reactors to power its submarines required an agreement with the IAEA to ensure that the amount of nuclear material on board when it leaves port it is there when it returns.

He said Australia has not decided what type of vessel it will get, so while preparatory talks have taken place, substantive talks cannot begin.

Because it’s a military vessel, Grossi said, “there are a lot of confidentiality and information protection measures that have to be built into any deal like that, so it’s very complex technologically.”