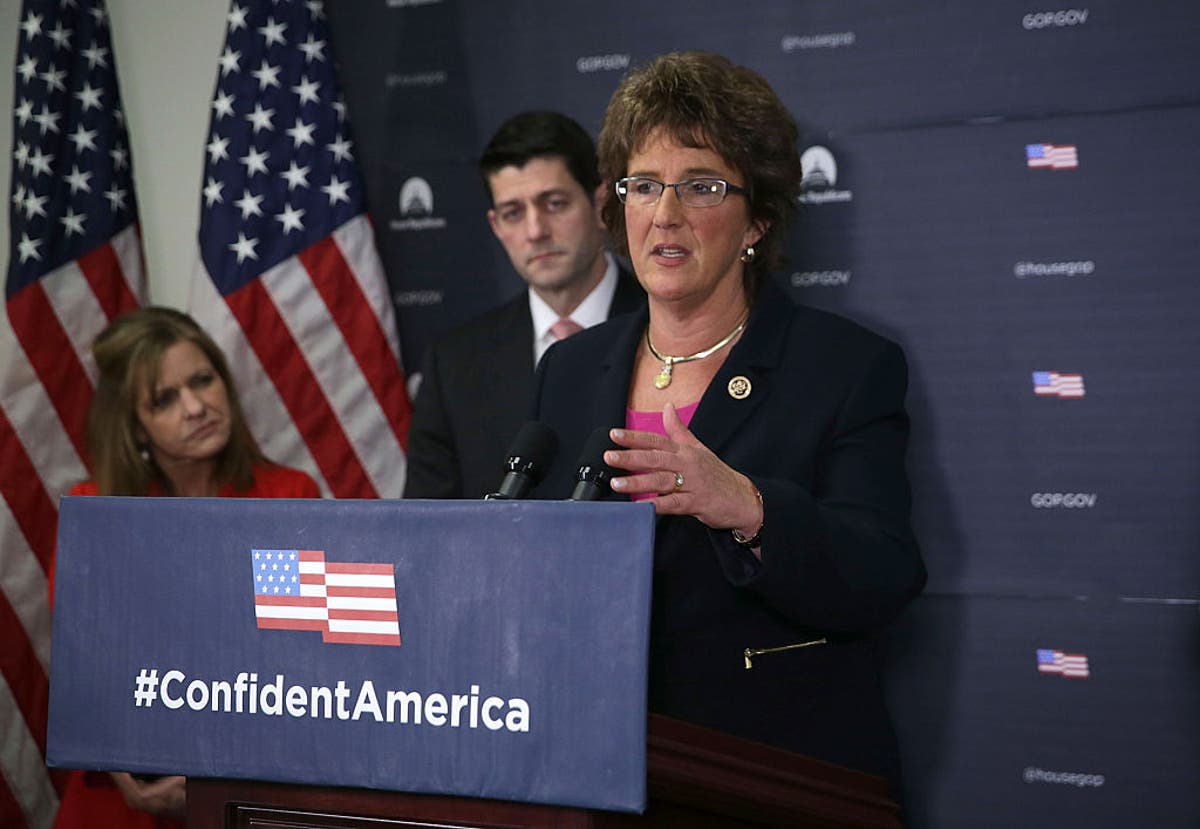 Ms. Walorski’s communications director, Emma Thompson, was named among the dead, as was a local Republican Party official. According to the news stations, Ms. Walorski’s vehicle was hit head-on by a driver who crossed into oncoming traffic. the driver of the vehicle also died.

A northbound passenger car traveled left of center and collided head-on with a southbound vehicle.

A statement from Ms. Walorski’s office was shared on Twitter by House Minority Leader Kevin McCarthy and later the congresswoman’s own account.

The Indiana Republican served on the House Ethics Committee and was considered a possible candidate for future leadership, having previously served on Minority Whip Steve Scalise’s team.

Congressman Adam Kinzinger, a Republican, was one of the first to issue a statement after the news broke.

“My heart is heavy and I have no words. But all I can say is prayers for her family. She was a good and honest public servant,” he tweeted.

Fred Upton, a GOP congressman from Michigan, noted that he often shared a flight home with Ms. Walorski because of the proximity of their respective districts.

“I am truly saddened to hear the news of my colleague and next-door neighbor, Jackie Walorski. Of course, we were close and usually traveled on the same plane back and forth from South Bend to DC and back home usually sitting next to each other,” he said in a statement.

He added: “Her Hoosier heart was never questioned and she lived a life of service by her husband, a missionary and leader in Congress who worked on bipartisan issues and as a kind and thoughtful lady.”

Other tributes poured in around Capitol Hill as the congresswoman was remembered for her kindness and willingness to hit the aisle to work on projects, including school lunch policies. Speaker Nancy Pelosi ordered flags around the Capitol to be lowered.

“Today, the United States House of Representatives mourns the sudden and tragic death of Congresswoman Jackie Walorski. A lifelong Hoosier, Congresswoman Walorski has lived a life of service: whether she was caring for poor children in Romania, representing her community in the Indiana Statehouse, or serving nearly a decade in the House. She passionately brought the voices of her northern Indiana constituents to Congress and was admired by colleagues on both sides of the aisle for her personal kindness,” Ms. Pelosi said.

“Our congressional community also mourns the loss of two dedicated staff members, Zachery Potts and Emma Thomson. May it be comfort to Jackie’s husband and service partner, Dean, the entire Walorski family, the families of all the victims, and the Indiana Second Congressional District office that so many are grieving with and praying for them at this sad time “, the speaker added.

Republican Party Chairwoman Ronna Romney McDaniel said in a statement: “I am devastated to learn of the passing of my good friend, Congresswoman Jackie Walorski. She was an incredible public servant for Hoosiers and a leader in the Republican Party. The entire Republican National Committee is praying for her family, as well as the families of the two executives who were also tragically killed.”