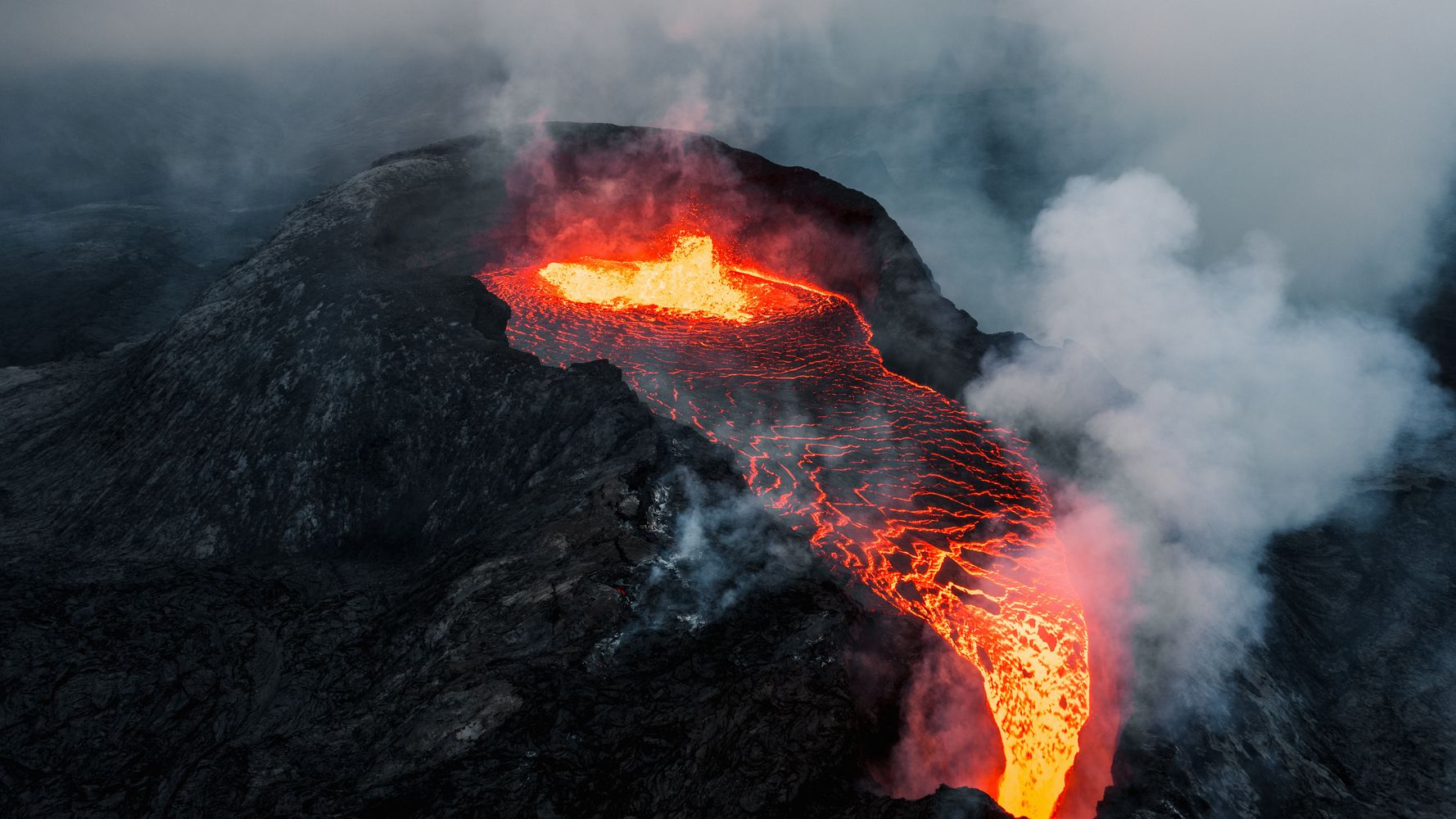 The Icelandic Meteorological Office urged people not to approach the Fagradalsfjall volcano, which is located about 32 kilometers (20 miles) southwest of the capital, Reykjavik.

The explosion in an uninhabited valley is not far from Keflavik Airport, Iceland’s international air traffic hub. The airport remained open and no flights were reported.

A live video feed from the site showed magma spewing from a narrow fissure about 100 to 200 meters (109 to 218 yards) long above a lava field from last year’s eruption, the first on the Reykjanes Peninsula in nearly 800 years.

Scientists had predicted an eruption somewhere on the peninsula after a series of earthquakes last week showed volcanic activity near the crust.

Volcanologist Magnus Tumi Gudmundsson told The Associated Press that the eruption appeared to be small.

“But we don’t know where things are in the process,” he said as he boarded a helicopter for a first look.

The 2021 eruption in the same area produced spectacular lava flows for several months. Hundreds of thousands of people flocked to see the spectacular spectacle.

Iceland, located above a volcanic center in the North Atlantic, has an average eruption every four to five years.

The most disturbing in recent times was the 2010 eruption of the Eyjafjallajokull volcano, which sent clouds of ash and dust into the atmosphere, disrupting air travel between Europe and North America for days over concerns that the ash could damage jet engines. More than 100,000 flights were grounded, stranding millions of passengers.

Shares in Iceland’s flagship airline, Icelandair, rose 6% when news of the explosion broke on Wednesday. Investors and residents had been spooked by the possibility of a much more disruptive eruption in a populated area of ​​the peninsula.