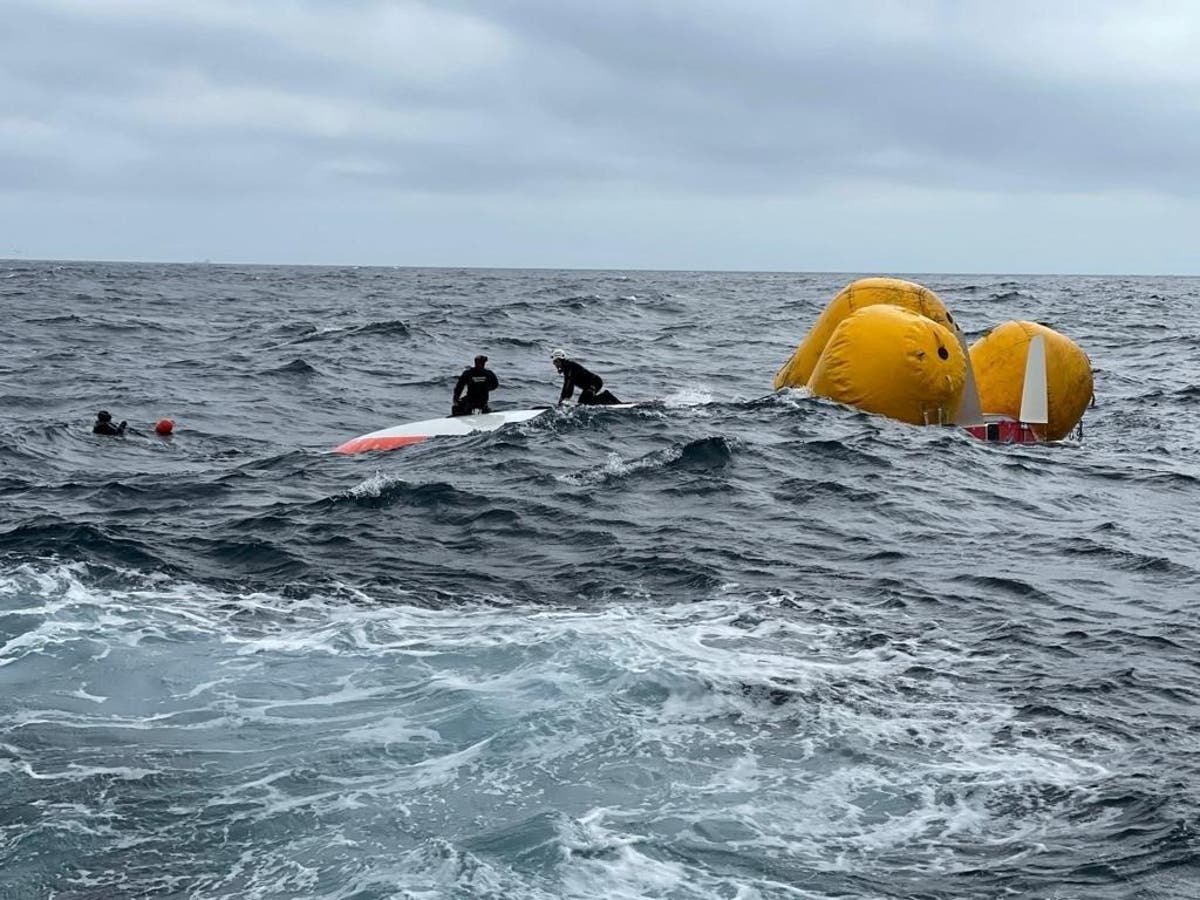 A French sailor survived a 16-hour ordeal inside his overturned boat using an air bubble.

The 62-year-old sailor had sent out a distress signal on Monday night from his 12-metre vessel, the Jeanne Solo Sailor, which had set sail from Lisbon, Portugal.

The call was sent 22.5 kilometers from the Sisargas Islands near the northwestern region of Galicia, Spain.

The Spanish coast guard found the sailing vessel face down in the icy waters of the Atlantic Ocean to the point where service officials said the sailor’s survival was “impossible”.

A rescue ship carrying five divers and three helicopters was deployed to help the man, who has not yet been named.

The sailor’s overturned boat was discovered by one of the helicopters as the sun set, according to BBC News.

A diver was sent to search for the battered sailor from inside the boat to inform rescuers that he was alive.

He was found wearing a neoprene survival suit and submerged in water up to his knees.

The sailor had to wait until morning to be rescued because the sea was rough on Monday night.

Rescue workers attached flotation balloons to the boat to keep it from sinking in the icy waters and waited until morning.

The next morning, two divers swam under the boat to help free the sailor.

“On his own initiative he entered the water and dived freely, helped by the divers who had to pull him out because it was difficult for him to get out in his suit,” Vicente Cobelo, a member of the coast guard’s special operations team. he told Spanish media.

The sailor was then airlifted to safety and taken to hospital. He was discharged immediately after with no medical problems.