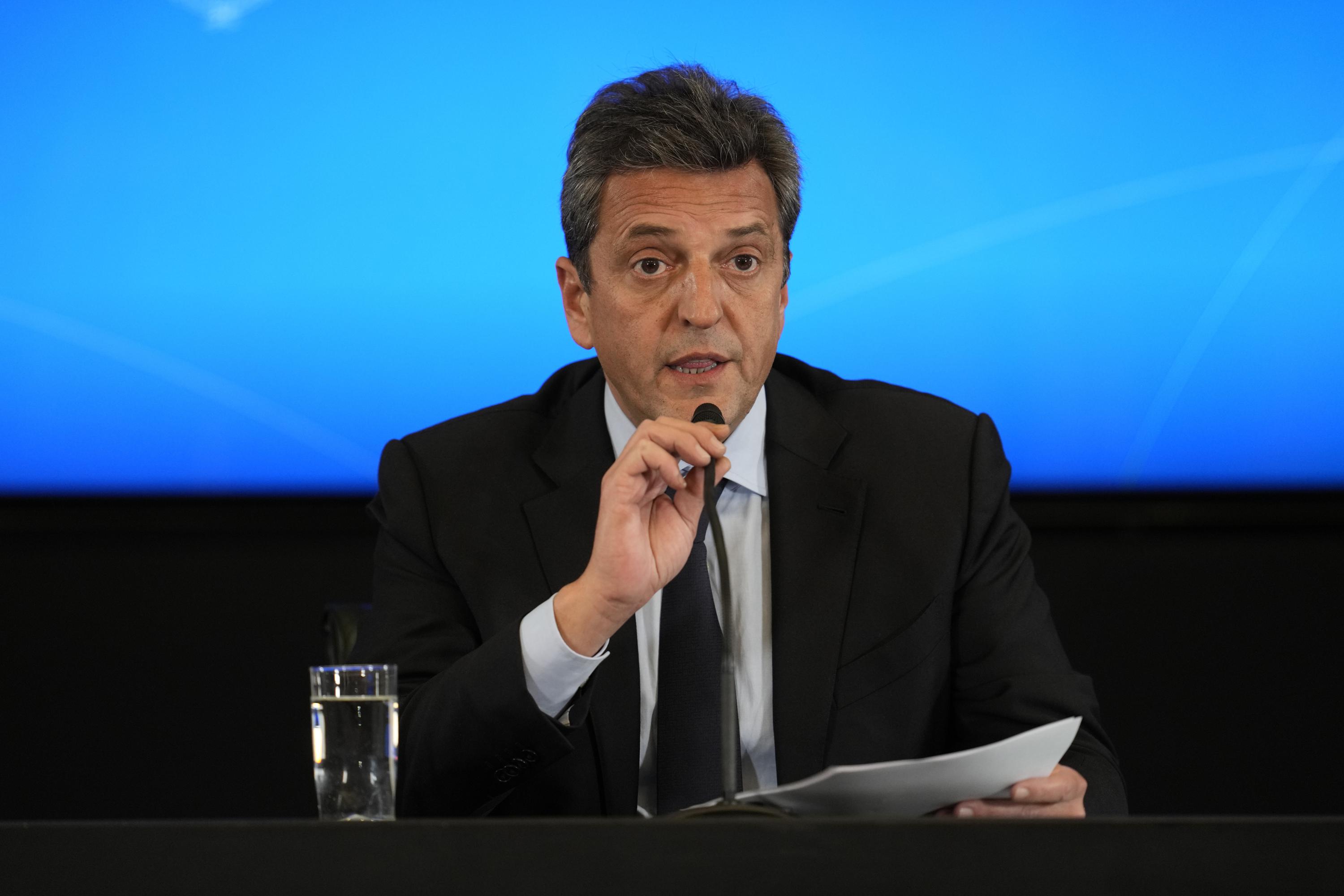 BUENOS AIRES, Argentina (AP) — Argentina’s third economy minister in a month was sworn in Wednesday, and as his first order of business, Sergio Massa sought to temper high expectations for handling the country’s economic woes.

He made clear he would not announce deep measures that would immediately change the course of an economy suffering from galloping inflation, a shortage of central bank foreign reserves and a sharp devaluation of the Argentine peso.

“I’m not a super nothing, neither a magician nor a savior,” Massa said during a press conference Wednesday night, where he outlined his main plans.

When Massa was first revealed as the latest economy minister, many were quick to label him “chief minister” because his position would include running three previously independent ministries – economy, production and agriculture.

“This team has an obligation to provide answers that will not come in a day or two,” he said. “Magic doesn’t exist.”

Massa, who stepped down as head of Congress’ lower house, the House of Representatives, to take a cabinet post, brings political weight to a role that had become a hot potato amid Argentina’s economic woes and of the increasingly fractured governing coalition.

He expressed determination to maintain the goal of keeping the government’s deficit at 2.5 percent of GDP, which was part of the country’s commitment to the International Monetary Fund to restructure $44 billion of Argentina’s debt.

Left-wing members of the governing coalition, including Vice President Cristina Fernández, a former president herself, have strongly criticized the IMF deal, arguing it requires too much austerity and will hinder Argentina’s ability to grow.

Massa has made it clear he has no intention of scrapping the deal, which was backed by then-Economy Minister Martin Guzmán, a moderate who resigned in early July, saying he did not receive political support from the governing coalition. Leftist Silvina Bataki was tapped to take on the role, but lasted less than a month.

In a bid to combat inflation that is running at more than 60% a year and is expected to rise sharply in the coming months, Massa said he would no longer use the Central Bank to finance government functions.

“We will make do with the resources we collect through taxes and with the funding we can get from the private sector,” he said.

He also said he would continue and expand the effort to reduce energy subsidies by raising electricity and natural gas rates, which was a key request from the IMF. Argentina is spending billions of dollars to import energy amid higher global prices following Russia’s invasion of Ukraine and disruptions from the pandemic.

Without going into details, Massa said he would grant special concessions to the agriculture, fisheries and mining sectors in a bid to boost exports and thus bolster hard currency reserves at the Central Bank.

He said he did not plan to drive a devaluation along with strict capital controls amid the sharp devaluation of Argentina’s currency in recent weeks.

“I want to make it clear: Devaluation shocks only produce poverty and a huge transfer of resources,” he said.

President Alberto Fernandez described Massa’s appointment as a reboot of the troubled government.

“We have a great opportunity as a country. Let’s not let it pass us by,” Fernández said.

Massa, a powerful former mayor who is a long-time presidential candidate, is seen as a pro-market moderate who has strong political influence and good relations with the country’s business elite.

He headed the cabinet for almost a year during the first term of Cristina Fernández’s presidency from 2007-2015, but then became critical of her as he pursued his own presidential ambitions.

Massa will have to play a delicate balancing act appeasing markets that are skeptical of Argentina while also addressing social demands in a country where nearly four in 10 people are poor and there are growing protests calling for more welfare.