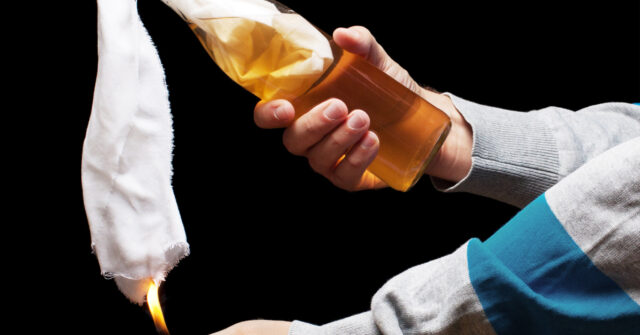 A police station in the French city of Vitry-sur-Seine was attacked this week with Molotov cocktails and mortar firecrackers, with police later attacked while trying to chase down the suspects.

The attacks took place early on Monday morning in the Paris suburb and saw the police station attacked with mortar firecrackers and a series of Molotov cocktails, with the local prosecutor’s office estimating that at least fifteen fireworks were set off in the station yard.

When police tried to chase down the attackers, they were targeted and attacked with mortar firecrackers and other projectiles, according to Franceinfo television. References.

Créteil’s public prosecutor’s office commented on the incident, saying it appeared to be a “real ambush” and that while no damage was reported at the police station, at least three police vehicles were damaged in the attack and three officers reportedly suffered from tinnitus as a result as well.

Two people underwent identity checks after the attack but were not taken into custody, while another man who filmed the attack was arrested but later released.

Footage of the attack later surfaced on social media, with journalist Amaury Brelet posting the video on his Twitter account.

Paris police prefect Laurent Nunez said on Tuesday that an operation was underway to secure the police station after the attack at the request of French Interior Minister Géral Darmanin and that the operation would continue for several days.

“The judicial investigations will continue (…) The laboratory has collected a series of traces and clues,” Nuñez added.

The incident came just a day before another attack in the city of Limoges against the police and fire brigade which lasted around four hours and saw locals ambush police officers in one of the city’s “sensitive” neighbourhoods.

“It was a real ambush, the attackers obviously wanted to fight,” said a source. About a dozen people are said to have attacked police with Molotov cocktails and mortar firecrackers. Many cars were also burnt in the area.

A mob of 80 people attacks the French police station with fireworks and missileshttps://t.co/f1h7sNIaC7