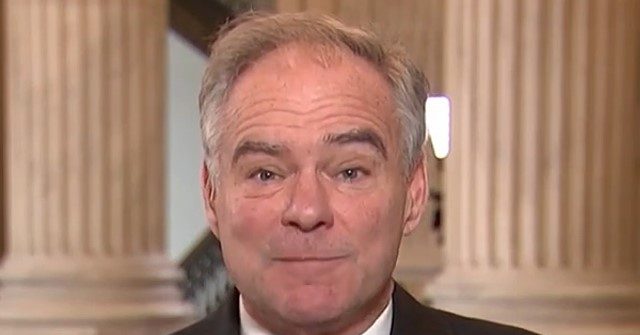 Guest-host Lindsey Reiser said, “There is a piece of bipartisan legislation that you and your colleagues Sinema, Collins and Murkowski have introduced that would codify Roe v. Wade protections in law. But your other colleagues, Senators Blumenthal and Warren, say they will vote no because it doesn’t go far enough. How do you make it across the finish line.”

Kaine said, “Our goal has been a very specific goal, which is to use a time machine and return American law to where it was before Dobbs was decided, where people have a statutory right to reproductive freedom, as it was constitutional law. before. Dobbs.”

He added, “Now, some people don’t like this pre-Dobbs constitutional law. Apparently, the right wants to turn it all upside down, and some think it doesn’t go far enough. Our goal was to show that there is a bipartisan majority in the Senate that wants to codify Roe. We can have a good faith discussion about the best way to do this. But earlier votes on the Women’s Health Protection plan garnered only 49 votes. I thought it was not good to send a message that there was not even a majority of the Senate willing to codify Roe. We have shown that there is a different path that is bipartisan. And we have proven that there is a majority to do it. I think we will eventually end up with a bill to create a legal guarantee because the post-Dobbs reality of 10-year-olds being smuggled in to get abortions after rape and the strong referendum in Kansas and other states. I think the post-Dobbs reality creates a background of support for a federal statutory guarantee.”