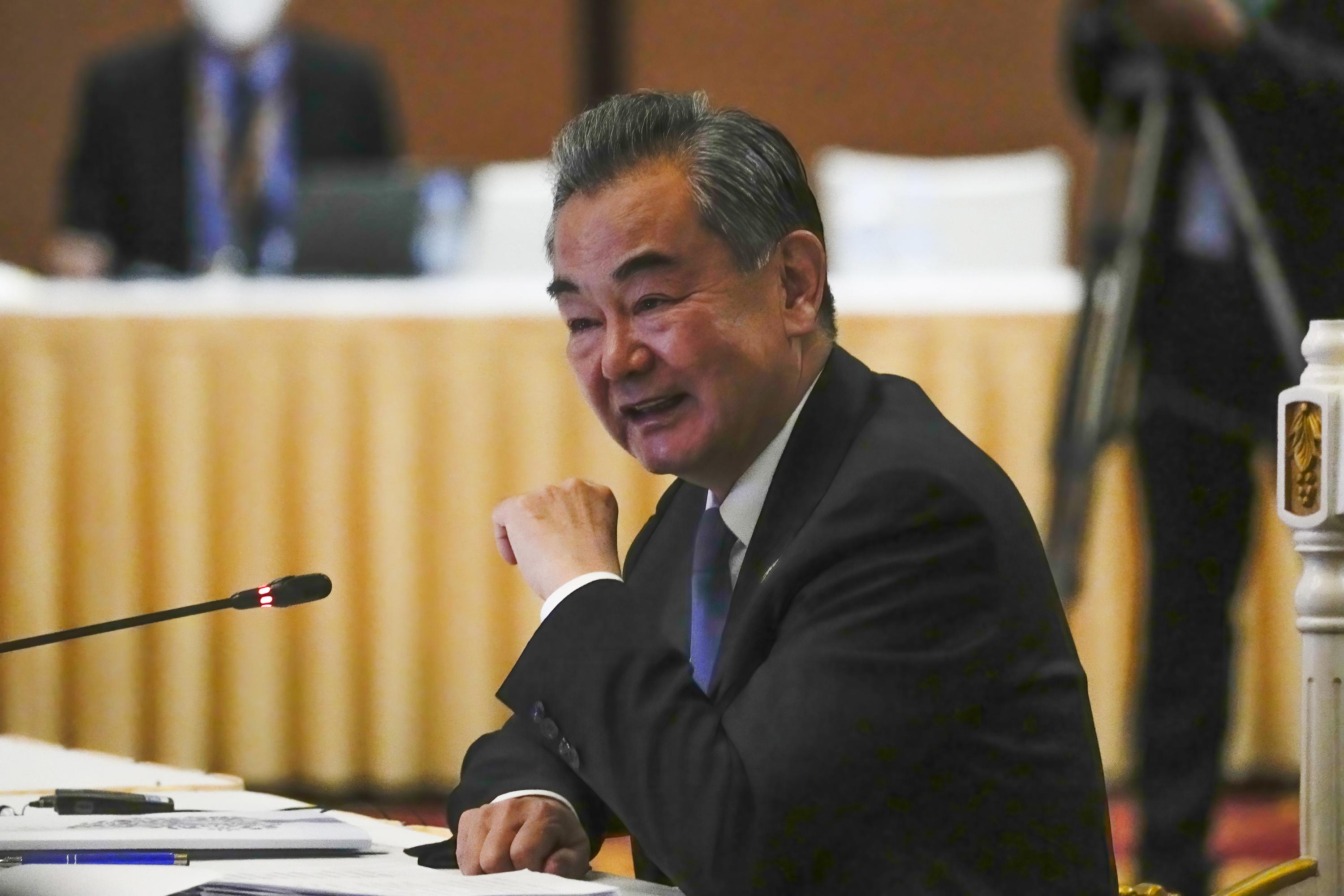 PHNOM PENH, Cambodia (AP) — Chinese Foreign Minister Wang Yi highlighted his country’s efforts to strengthen ties with Southeast Asian nations at a meeting Thursday with their foreign ministers, which came as Beijing seeks to expand its influence on the region.

Wang’s talks with top diplomats from the Association of Southeast Asian Nations came amid heightened tensions in the region following US House Speaker Nancy Pelosi’s visit to Taiwanwhich has angered Beijing.

The group issued a strong statement earlier in the day, calling on both the US and China to show “utmost restraint” in the wake of the visit and “refrain from provocative actions”.

China claims the self-governing island of Taiwan as its territory and opposes any involvement of Taiwanese officials with foreign governments.

In his opening speech, Wang did not mention the situation but highlighted how China and ASEAN countries have strengthened cooperation in recent years.

“We have preserved the oasis of peace in the face of turmoil in the international security situation,” he said.

China has become one of the biggest lenders to developing countries through its Belt and Road Initiative to expand trade by building ports, railways and other infrastructure across Asia, Africa and the Middle East to Europe.

This has prompted accusations that Beijing is using the debt to gain political leverage, but Chinese officials deny this.

Hun Sen, the prime minister of Cambodia, this year’s host of the ASEAN meetings and one of the group’s most pro-China countries, met privately with Wang on Wednesday.

During the meeting with Hun Sen, Wang reiterated that “China is willing to work with Cambodia to safeguard its respective sovereignty, security and development interests,” China’s state-run Xinhua news agency reported.

The report did not provide further details, but China and Cambodia in June broke ground on a naval port expansion project, which has raised concerns from the US and others that it could give Beijing a strategically important military outpost in the Gulf of Thailand.

Hun Sen in 2019 reportedly granted China the right to establish a military base at the Ream Naval Base, but has long denied this, saying the Cambodian Constitution prohibits foreign military installations.

The US sanctioned two senior Cambodian defense officials in November over allegations of bribery related to construction funding at the Ream base, and China accused Washington of waging a smear campaign.

In his meeting with Wang, Xinhua reported that Hun Sen said an “ironclad” friendship had developed, which “enjoyed fruitful results from the joint construction of the Belt and Road, bringing enormous benefits to their peoples.”

Both US Secretary of State Anthony Blinken and Russian Foreign Minister Sergei Lavrov were to hold separate meetings later in the day with the ASEAN group.

In a separate meeting with ASEAN ministers that brought Wang together with South Korean Foreign Minister Park Jin and Japanese Foreign Minister Hayashi Yoshimasa, Yoshimasa stressed that Russia’s invasion of Ukraine had far-reaching implications beyond Europe, something which, he said, made it even more difficult for economies to recover from the coronavirus pandemic.

“Russia’s aggression against Ukraine has created many challenges, including sharp increases in energy, food and other commodity prices, as well as supply chain disruptions,” he said. “I think now is the time to address these challenges in a coordinated way, and it is even more important to preserve and strengthen the free and open international order based on the rule of law.”