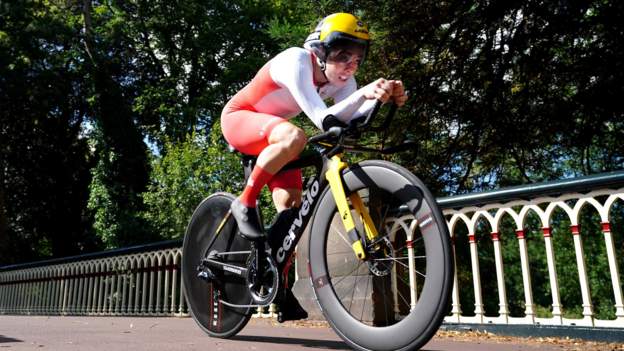 The race was run over a 28.8km circuit, which started and finished at West Park, Wolverhampton.

The men’s time trial is later on Thursday, over a distance of 37km.

Thirty-six riders were scheduled to compete in the women’s event, although there were five withdrawals, including South Africa’s Ashleigh Moolman Pasio, who finished eighth at last year’s Tokyo Olympics, due to illness.

Moolman Pasio was scheduled to be the last rider to start, but in her absence Brown stepped in and rode a flawless ride, leading at each of the checkpoints.