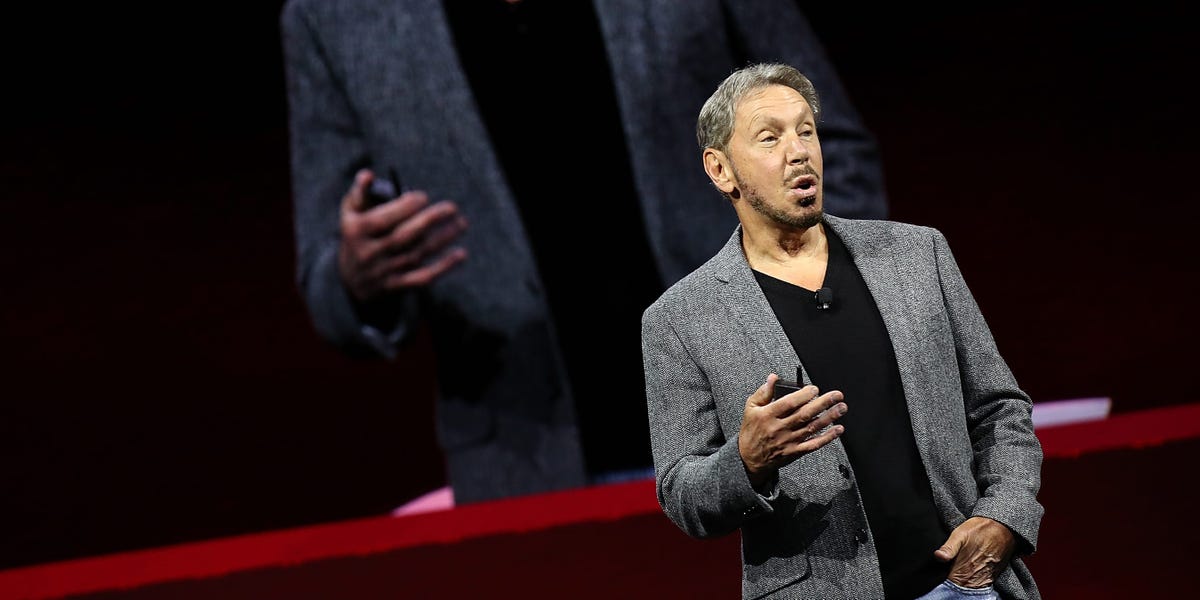 The units hardest hit, current and former employees said, were in marketing and customer experience (CX), where insiders say the mood is bleak — and those not yet laid off are trying to figure out whether cuts will follow.

“The people who left are breathing a sigh of relief,” a marketing employee who was fired on Monday told Insider. “And the people who are still here are definitely running for the hills.”

Some marketing teams have seen their headcount drop by 30% to 50%, sources said. In some cases, they said, managers were given the choice of who would be cut, while others had no say in how the layoffs would affect their teams.

Oracle’s Advertising and Customer Experience team was also said to have been cut quickly. “The common verb to describe ACX is they disappeared,” said one person who works at Oracle. Insider was unable to determine exactly how many ACX employees were cut, but a person familiar said it may have been as high as 80% of the department.

Oracle did not respond to Insider’s requests for comment at the time of publication.

Most of the job cuts affected units overseen by former chief marketing officer Ariel Kelman, who left Oracle in June, multiple people told Insider. Other senior marketing executives, including those hired by Kelman from Amazon Web Services, his former employer and rival to Oracle in cloud infrastructure, have also been fired, the sources said.

These teams now fall under the purview of Jason Maynard, who was senior sales and marketing leader for Oracle’s NetSuite business management software. And Maynard wasted no time in reorganizing what was left of the marketing organization into a larger division now called “revenue operations,” sources said.

Layoffs at Oracle aren’t unusual — it spent $191 million on restructuring costs in fiscal 2022, mostly related to layoffs; reported in June. It spent $431 million on such costs last year, he said.

However, OCI remains largely unaffected by the layoffs, according to four people familiar with the matter. In the context of OCI, cuts are seen as Catz “wielding the axe” on businesses where expenses exceed revenues and are not growing fast enough.

Oracle’s advertising unit also laid off about 60 employees in July, according to Insider, and The Information reports that the company was seeking to cut up to $1 billion in costs through layoffs and other means.

Now, among many at Oracle there is a sense of impending doom, with more cuts and reorganizations expected by the end of the year, even just after the CloudWorld conference in October.

When Kelman was hired in January 2020, it was seen in the industry as something of a coup for Oracle to poach a key AWS executive. But three people said Kelman’s departure came after a dispute with Oracle CEO Safra Catz over cloud marketing spending. Kelman did not respond to a request for comment.

Sources say many employees in Oracle’s marketing division, which has a few thousand employees, feared a round of layoffs following Kelman’s departure and the departure of Juergen Lindner, senior vice president of marketing, who left shortly after Kelman.

“We’ve been working like zombies for the last two weeks because there’s just this sense of, ‘What am I doing here?’ said a recently fired marketing employee.

That sentiment has largely persisted, sources told Insider. With no official communication from CEO Safra Catz or co-founder Larry Ellison about the layoffs Monday, current and former Oracle employees said their colleagues in many departments are left trying to figure out who’s still around.

“The only reason I found out anything is because one of our senior engineers has my personal phone number and they let it go,” said one person who works at Oracle. “He texted me ‘Hey, a bunch of us are being let go, including our manager.’

A recently fired marketing leader told Insider that their team has been cut in half and no successor has been appointed to take his place.

“My team is texting me, they have no idea who they’re working for,” the person said. “Nobody told them I’m gone, so they’re just floating in the wind.”

Oracle’s cuts have affected some of its most experienced employees

Some marketing employees also share layoff notices in external Slack channels and texts to warn others that they might be next.

“We started Slack messaging before notifications started,” said one former employee. “So you could see when the calls came in and you could tell when you were going to get the next calls.”

While the company is known for cutting employees every year, some employees said they were shocked by how many senior, experienced and high-performing executives were laid off on Monday.

For example, Oracle’s code base is so complex that it can take years for engineers to fully understand how everything works, and employees with more than a decade of experience are cut out, some employees said.

Other employees laid off in recent months said they are furious they were cut before their restricted stock was scheduled to vest, costing them tens of thousands of dollars in expected compensation.

The decision to cut some of its more than 130,000 workforce comes at a critical time for the Austin-based tech giant. Oracle last month won regulatory approval for its $28 billion purchase of medical records company Cerner and is absorbing its roughly 20,000 employees. He also recently won a contract with store US user data for the ByteDance-owned TikTok video app — a deal that could boost its cloud ambitions as it tries to overtake cloud giants like Amazon Web Services.