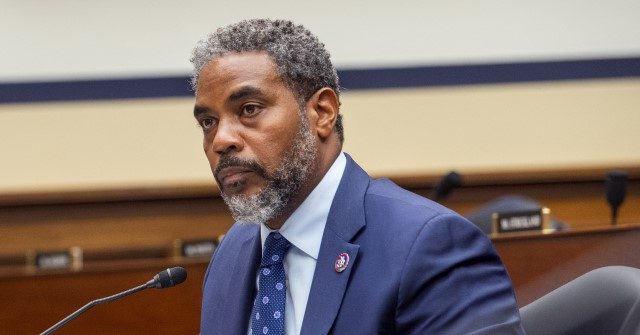 Democratic Rep. Stephen Horsford (D-NV) is under fire for not paying more than $14,000 in property taxes on his million-dollar home just outside of Washington, according to a Nevada Globe. report.

Earlier this year, Horsford appeared in a video for the progressive Nevada advocacy group Battle Born where he criticized the current federal tax code.

.@RepHorsford: “The current federal tax code is rigged for the rich over the worker.” & “It is only fair that wealth pay its fair share.” upon us #TaxDay Event pic.twitter.com/0Ivl0KHtJO

However, Horsford did not pay his fair share of property taxes on his home in Arlington, Virginia, according to tax records reviewed by the Nevada Globe.

Despite earning a $174,000 congressional salary, Horsford failed to pay more than $14,000 in property taxes owed on his home over two years. The state of Virginia reportedly fined Horsford more than $2,500 for not paying his property taxes.

Horsford’s Virginia home is a five-bedroom, four-bathroom, 3,212-square-foot house worth $1.8 million. Horsford was assessed several penalties, fees and interest for unpaid property tax between 2015 and 2016.

In addition to his $1.8 million home in Virginia, Horsford also owns a home that he and his wife bought for $250,000 in 2015. However, 2022 assessors’ records show the home was moved from dual ownership to sole proprietorship in Horsford, shortly after his wife revealed to an MP she had engaged in a 10-year extramarital affair.