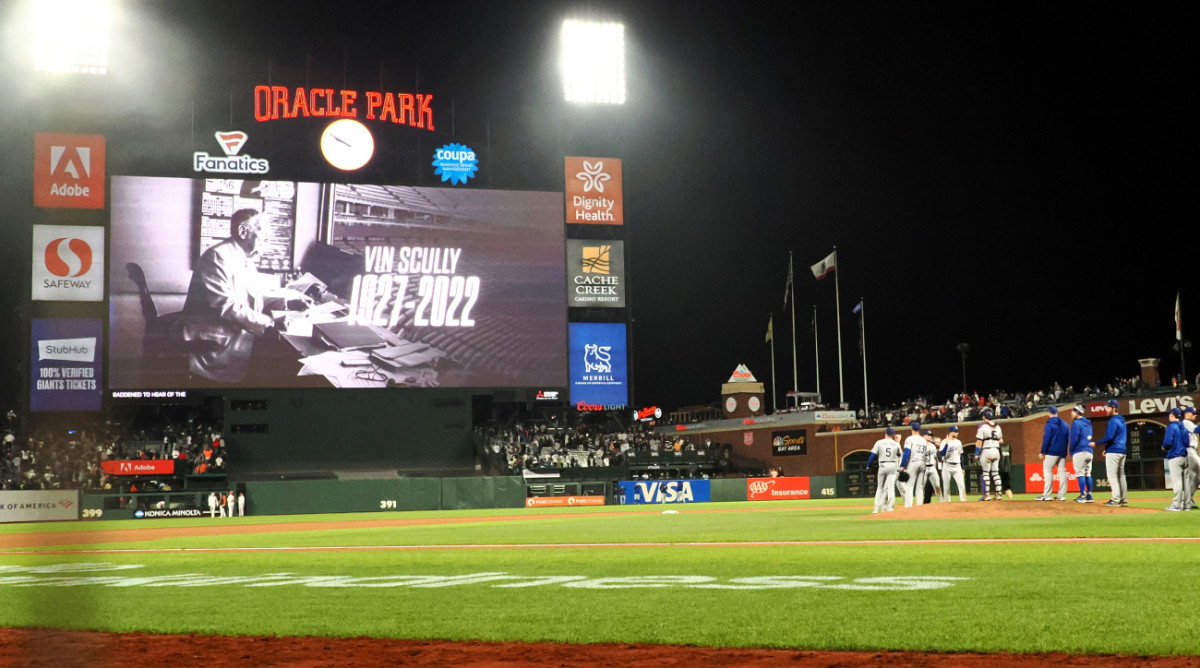 In the first Dodgers game following the passing of legendary announcer Vin Scully, the team announced an update to their jerseys for the remainder of the season.

A patch with the word “Vin” and a microphone will appear on the team’s jersey sleeve for the remainder of the 2022 season.

The Dodgers debuted the jersey addition Wednesday night in their game against the Giants.

Flowers appeared throughout Dodger Stadium on Wednesday to honor the late announcer. Fans brought flowers outside the stadium and blue flowers were placed in the broadcast booth for Scully.

He started with the group while they were still in Brooklyn and then made the move to Los Angeles with the group. He worked on his last game at the age of 89.

In addition to the Dodgers broadcasts, Scully worked for CBS covering NFL games and PGA Tour events in part of the 1970s and 1980s. He also called national MLB games for NBC in the 80s.

Scully was inducted into the Dodgers Hall of Fame in 1982.