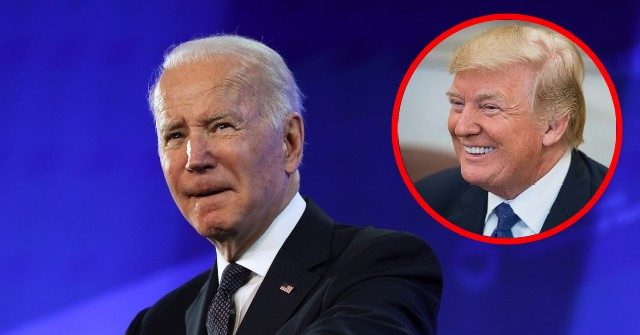 President Joe Biden’s job approval ratings in a number of categories, including jobs and the economy, are significantly lower than former President Donald Trump’s ratings before he left office, a recent Harvard Harris poll finds.

Biden’s overall approval rating remains low, at 38%, according to the survey. That represents a 24 percent drop from the 62 percent approval he saw in June 2021. It’s been more than a year since Biden has seen an approval rating above 50 percent in this particular survey.

The president fails to do much better on individual issues. In fact, he does not have a positive approval rating on any issue, scoring the highest on the Chinese coronavirus, but garnering only 48% support – less than a majority.

For example, Biden now has a 36% approval rating on the economy. That’s far worse than the 56% approval Trump saw in January 2021, before he left office. This trend continues for the vast majority of subjects.

The only issue where Biden consistently beats Trump in this survey is the response to the coronavirus, and yet, Biden’s approval rating is falling, with just 48 percent now approving of his handling of it — down from a high of 71 percent in March 2021. Trump’s approval on the coronavirus was 47 percent in January 2021.

Additionally, just 38% approve of Biden’s handling of crime and violence in the country, down from 56% in June 2021, and just 33% approve of his handling of inflation, which remains at a 41-year high.

The survey was conducted on July 27-28, 2022, among 1,885 registered voters and comes months before the midterm elections, as Democrats desperately hope to win a majority in the House and Senate.