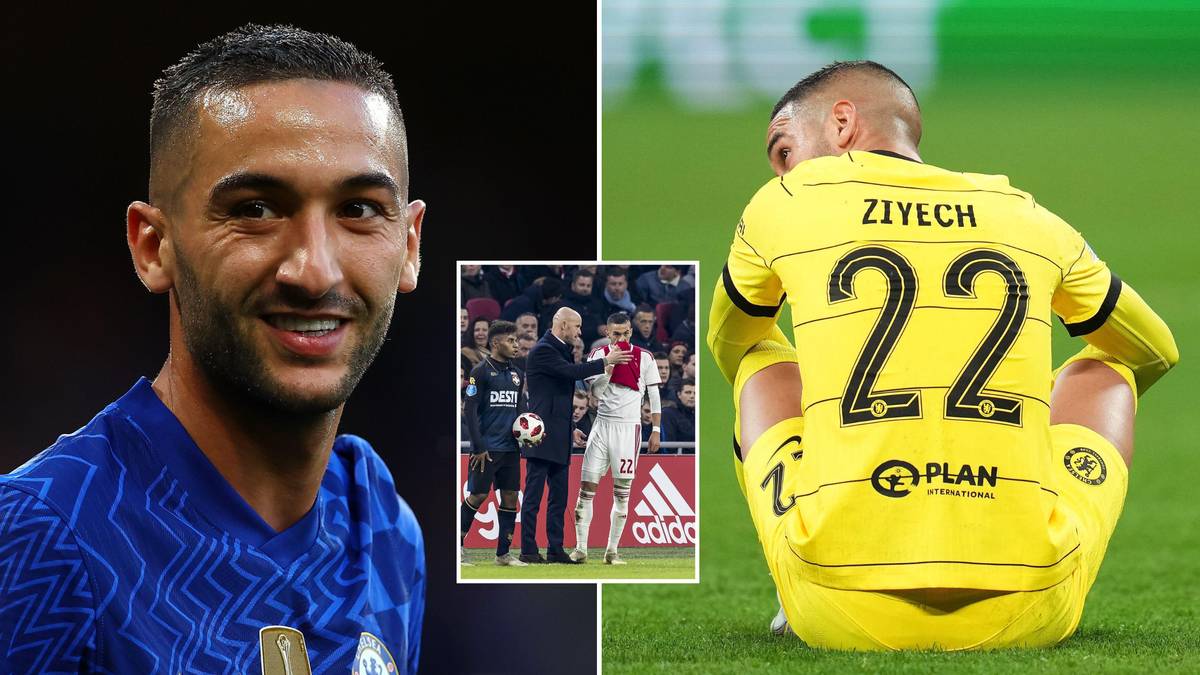 The former Morocco international swapped the Johan Cruyff Arena for Stamford Bridge two years ago but has failed to adapt to English football.

He has fallen behind Mason Mount, Kai Havertz and Christian Pulisic and is eyeing a transfer.

Journalist based in France Nabil Djellit claims Ziyech is a ‘priority’ signing for ten Hag looking to bolster their attacking options.

However, some members of United’s recruitment team are unsure of the 29-year-old’s profile and it is preventing a move at this stage.

Serie A champions AC Milan are also interested and Chelsea are reportedly willing to sell for £8m.

United have signed Tyrell Malacia, Christian Eriksen and Lisandro Martinez so far, with Martinez part of the ten Hag’s first defense at Ajax.

United finished sixth in the Premier League last season and recorded their lowest points ever.

Ten Haag believes signing the right player is more important than getting bodies through the door, something United have been accused of doing in recent years.

“We know what we want and it’s not about signing players,” explained the 52-year-old. “It’s about getting the right players.

“We plan it really carefully and we’re strict with it, we work hard, to put the right players in to make a good team that can win games.”

When asked to speak specifically about De Jong, with negotiations entering their twelfth week, he replied: “No, I can’t. I’m not talking about a player who is out of contract at Manchester United.”

United begin their campaign at home to Brighton & Hove Albion on Sunday 7th.