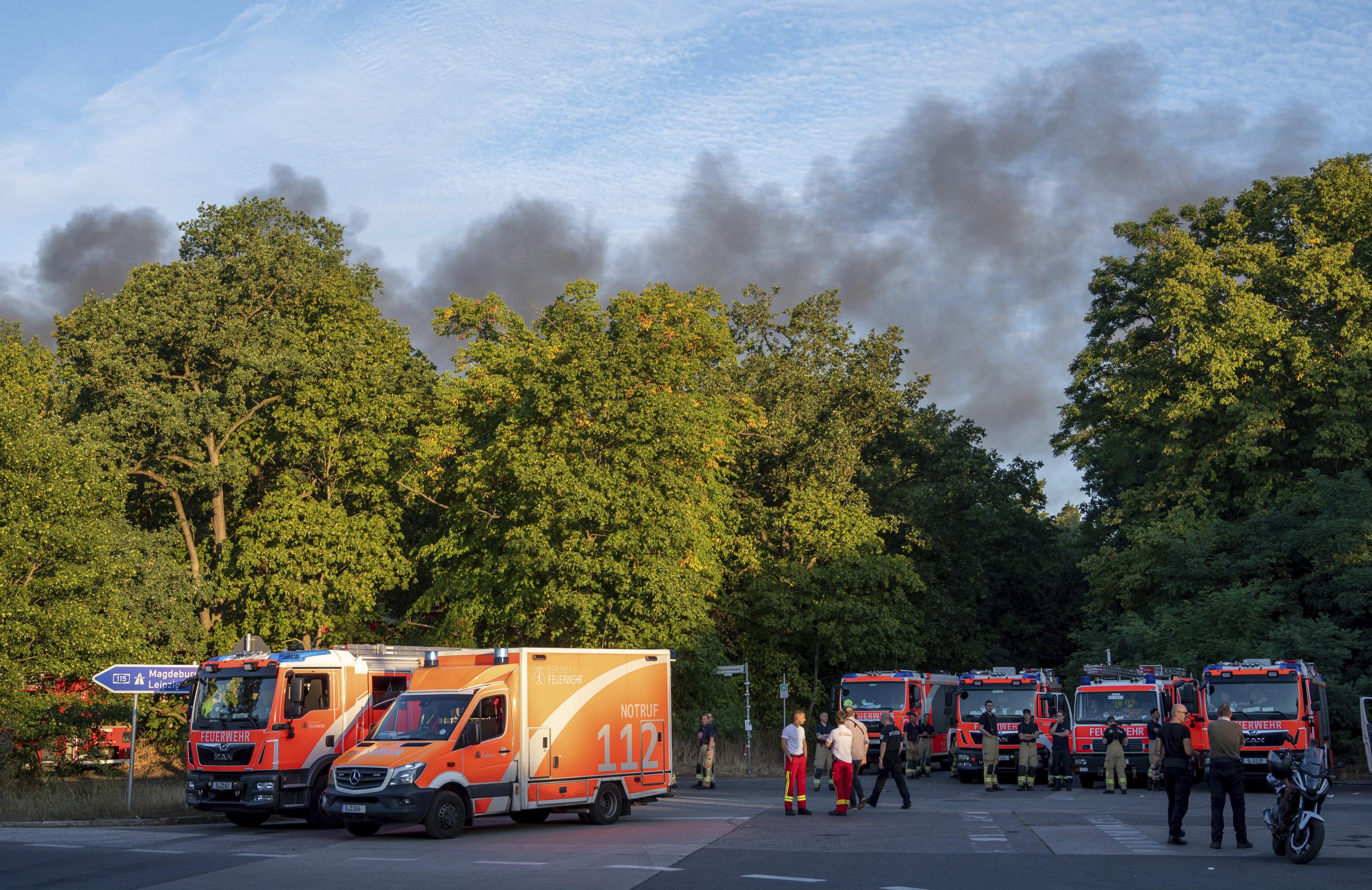 BERLIN (AP) — A large fire broke out in one of the city’s largest forests in Berlin on Thursday morning, sparked by multiple explosions at an ammunition dump in the forest on one of the hottest days of the year.

About 100 firefighters were battling the blaze in the German capital’s Grunewald forest west of the city, German news agency dpa reported.

The fire spread quickly and huge explosions were heard from the site where old World War II ammunition, fireworks and explosives are stored and controlled explosions are carried out.

“The situation is dangerous,” Thomas Kirstein of the Berlin fire service told reporters. He urged residents to stay away from the forest. Due to flying debris and the risk of further explosions, the fire service said it had not yet begun to systematically extinguish the fire as emergency forces had to keep a distance of one kilometer (more than half a mile) from the flames.

Berlin authorities have called in additional task forces to help put out the flames, including the German army’s special forces. Water cannons, helicopters and special evacuation tanks were also to be found at the site.

Commuter train service to the west of the city was partially disrupted and one of the city’s major highways, the Avus, was closed. Homes were not immediately threatened by the flames, but the fire department warned that the fire could spread further due to dry forest conditions and extreme heat expected on Thursday with temperatures of up to 38 degrees Celsius (100 Fahrenheit).