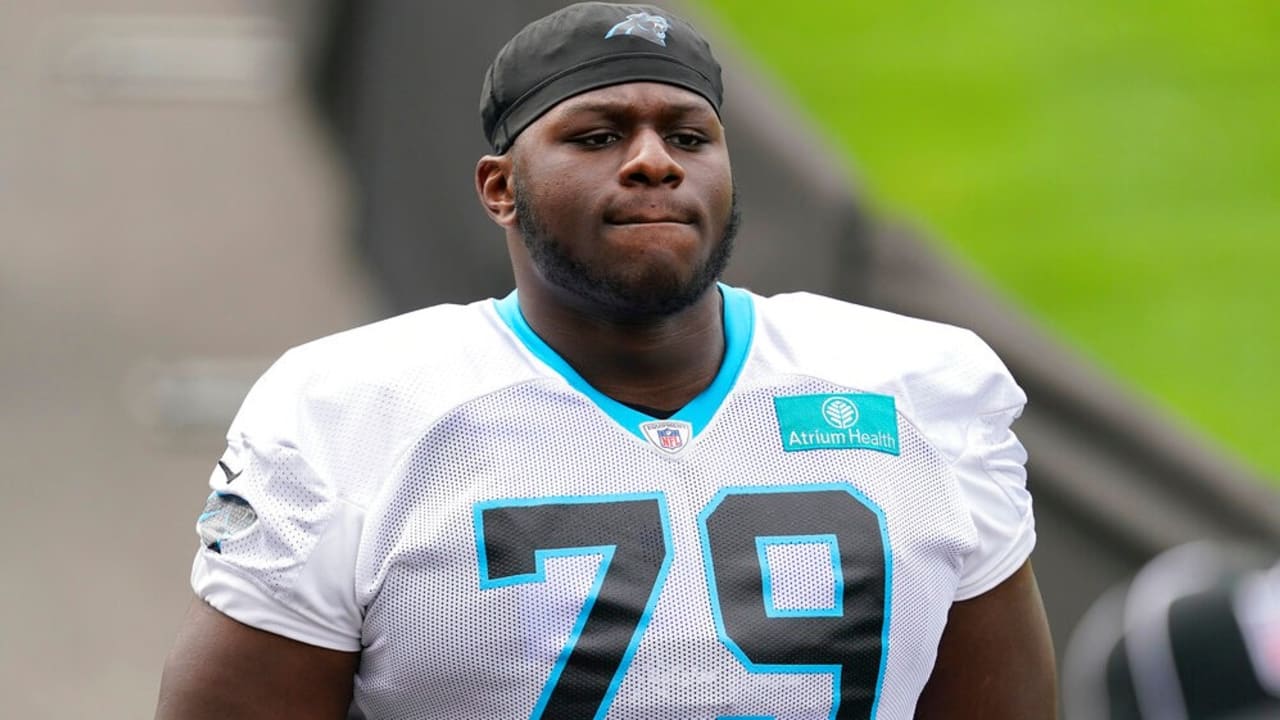 The Carolina Panthers took Ikem Ekwonu No. 6 in April’s draft, envisioning the NC State product as their franchise left tackle.

Coach Matt Rhule will have the rookie earn that job. In the early stages of training camp, Ekwonu worked with the second team while Brady Christensen collected the starting reps.

“To me, Ickey is a rookie. He’s got to earn everything he gets and he’s got a long way to go,” Rhule said Wednesday. via The Athletic. “He does some things very well of course. He’s incredibly strong and talented. But there’s a lot to this game. There’s a lot of nuance and technique and all that. He’s got a long way to go. He’s going to get there, but every day he has to work.”

As he has with the quarterback competition between Baker Mayfield and Sam Darnold, Rhule is making every player earn playing time, including Carolina’s first-round pick.

“I don’t think it’s fair to make decisions about the depth chart unless it’s blatantly obvious,” Rhule said. “But guys who are battling after a week, you’ve got to (have) those guys settle in.”

Entering the draft, Ekwonu was viewed as an excellent run blocker with the athleticism and size to be a solid blindside blocker. Some believed he could go as high as first overall during the draft process.

As with all rookies, Ekwonu is going through the learning process of the transition from college to the NFL.

“We’ve got good players on the offensive line. So we’re just not going to give him anything,” Rhule said. “He’s going to win it. And knowing Ickey, I think that’s probably the way he likes it.”

At some point during the preseason, expect Ekwonu to get a chance to earn those starting reps. The Panthers didn’t draft him in the top 10 to sit on the sidelines as a rookie.