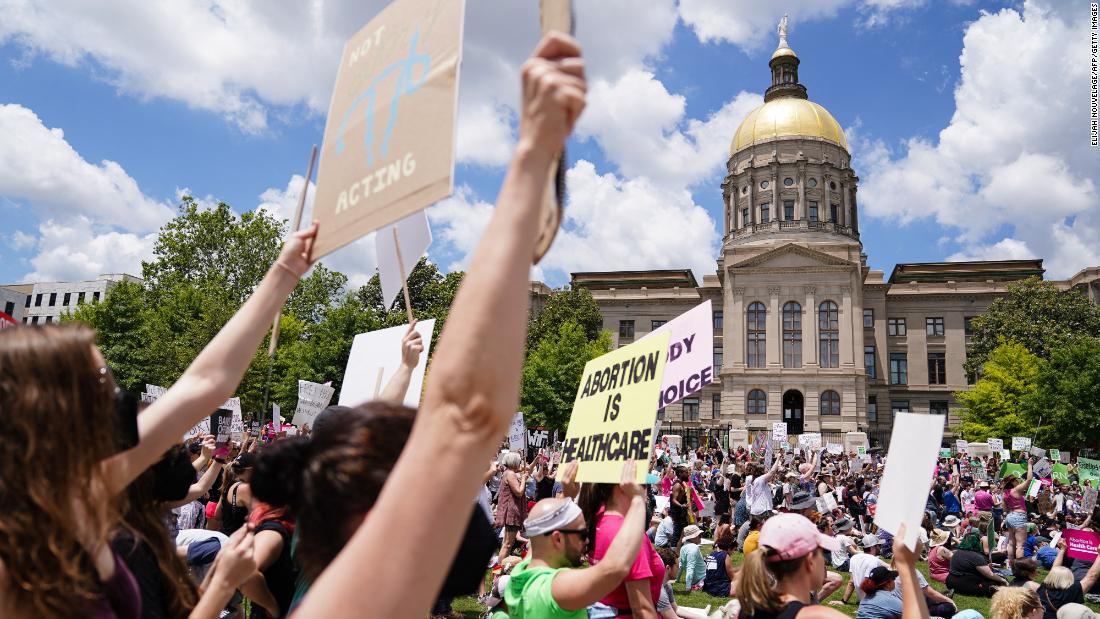 Residents filing their 2022 tax returns who had fetuses with detectable heartbeats at six weeks pregnant can claim a $3,000 personal exemption, the department said Monday.

Georgia House Bill 481 — dubbed the “Live Infant Fairness and Equality Act” — was signed into law by Republican Gov. Brian Kemp in 2019. It banned the procedure at six weeks, before many women know they’re pregnant. A federal judge then ruled it unconstitutional and blocked it. However, after Roe v. Wade was overturned, the federal appeals court allowed it to take effect.

Under the law, fetuses are considered “natural persons” with “full legal recognition” and “will be included in certain population-based determinations.”

Following the ruling, the definition of a dependent in Georgia was amended to include an “unborn child” with a detectable heartbeat — effective the date of the federal appeals court’s July 20 decision, the Department of Revenue said.

Taxpayers should be prepared to provide “relevant medical records or other supporting documents” to support the dependent deduction claimed, the ministry said. He did not specify what those documents would be.

It’s unclear how tax returns for unterminated pregnancies will play out, or how it affects surrogates and single parents living apart. The instructions released by the Department of Revenue did not address abortions, but it said tax return instructions would be issued later this year.

The changes in Georgia highlight the swirling debate over the definition of “personhood” in the wake of Roe v. Wade.

A federal judge recently blocked a “personhood” provision in an existing Arizona abortion ban, barring the state from using it to sanction abortions that would otherwise be legal under current Arizona law.
In Texas, a pregnant woman who was ticketed for driving in the Texas HOV lane argued that her pregnancy meant she was not alone in the car but actually had a passenger. Texas has pushed to restrict abortions and has defined a fetus or unborn baby as a “person” in its criminal code.