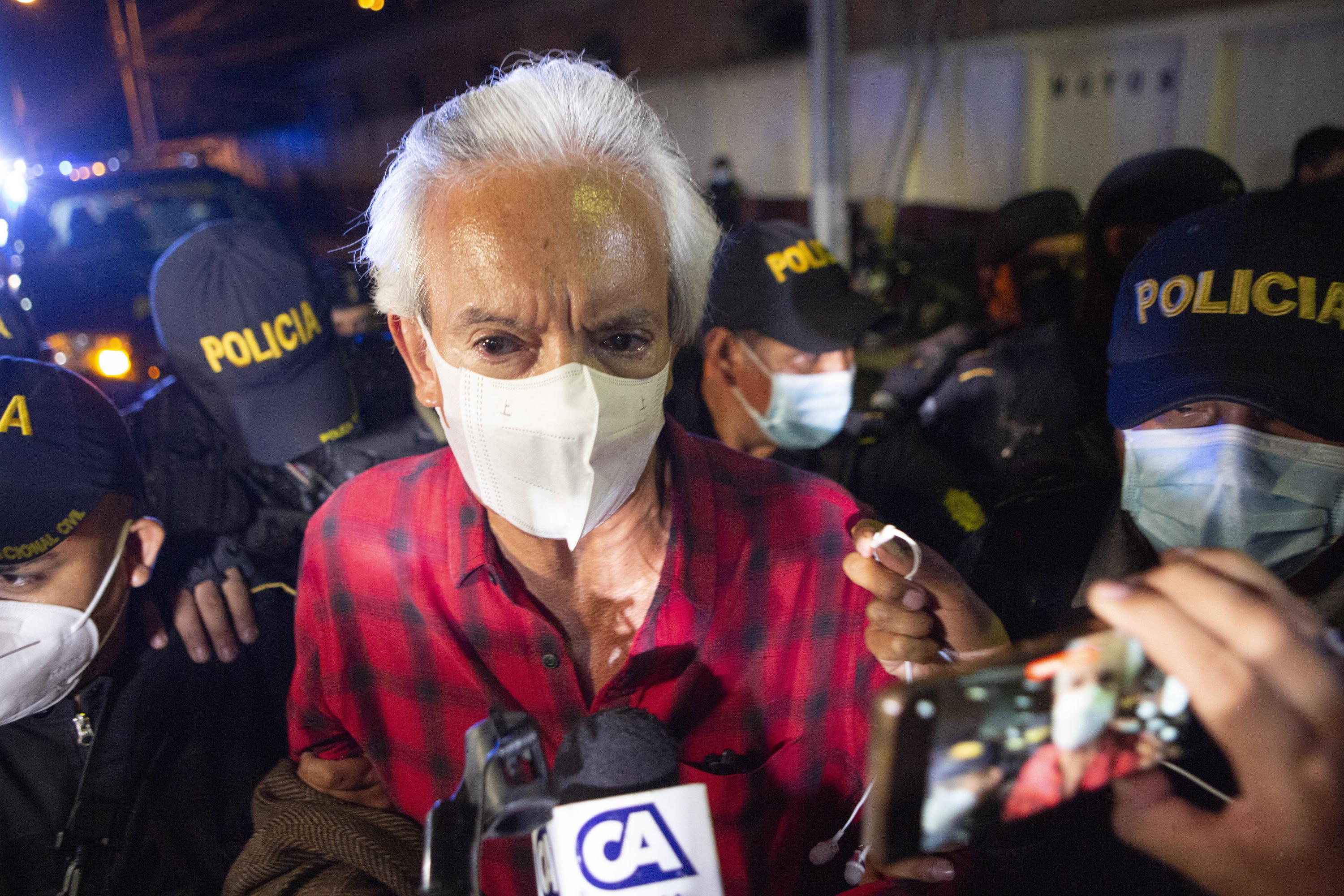 GUATEMALA (AP) — A prominent Guatemalan journalist’s initial hearing before a judge was suspended Wednesday when the judge announced that the defendant’s lawyers were also targets of the government investigation.

After the hearing, José Rubén Zamora, president of El Periodico newspaper, said the case “is a stage that was effectively planned and put in place by the president, the attorney general and other people.”

The new plea meant Zamora’s lawyers could no longer defend their client against something they themselves were accused of.

The extortion charge came from businessman Ronald Navarijo García, who had previously been arrested on corruption charges for allegedly colluding with directors of the Banco de los Trabajadores, or Workers’ Bank, to embezzle its funds. Navarijo is under house arrest and his trial has not been scheduled.

Navarijo claims Zamora extorted about $25,000 from him to influence the case against him.

Zamora said he recently met with Navarijo. At that meeting, he said, Navarijo told him that prosecutor Rafael Curruchiche, who is prosecuting Zamora, had asked Navarijo for 15 percent of the more than $4.2 million the Attorney General’s office has frozen in the businessman’s case .

Zamora added that Navarijo told him that Curruchiche also asked for something else: that Navarijo report “people who were bothering the Attorney General’s Office and the regime.”

The journalist was arrested at his home on Friday by agents and police armed with assault rifles. The authorities also raided the printing offices of El Periodico.

Press freedom groups have protested the arrest of laureate Zamora. Critics of President Alejandro Giamatti’s administration say his arrest is an attempt to silence a prominent critic whose newspaper was known for investigations exposing corruption and a powerful message to other voices of dissent in Guatemala.

The US government has sanctioned Guatemala’s attorney general as well as Curruchiche, whom Porras put in charge of corruption investigations, for alleged involvement in corruption.