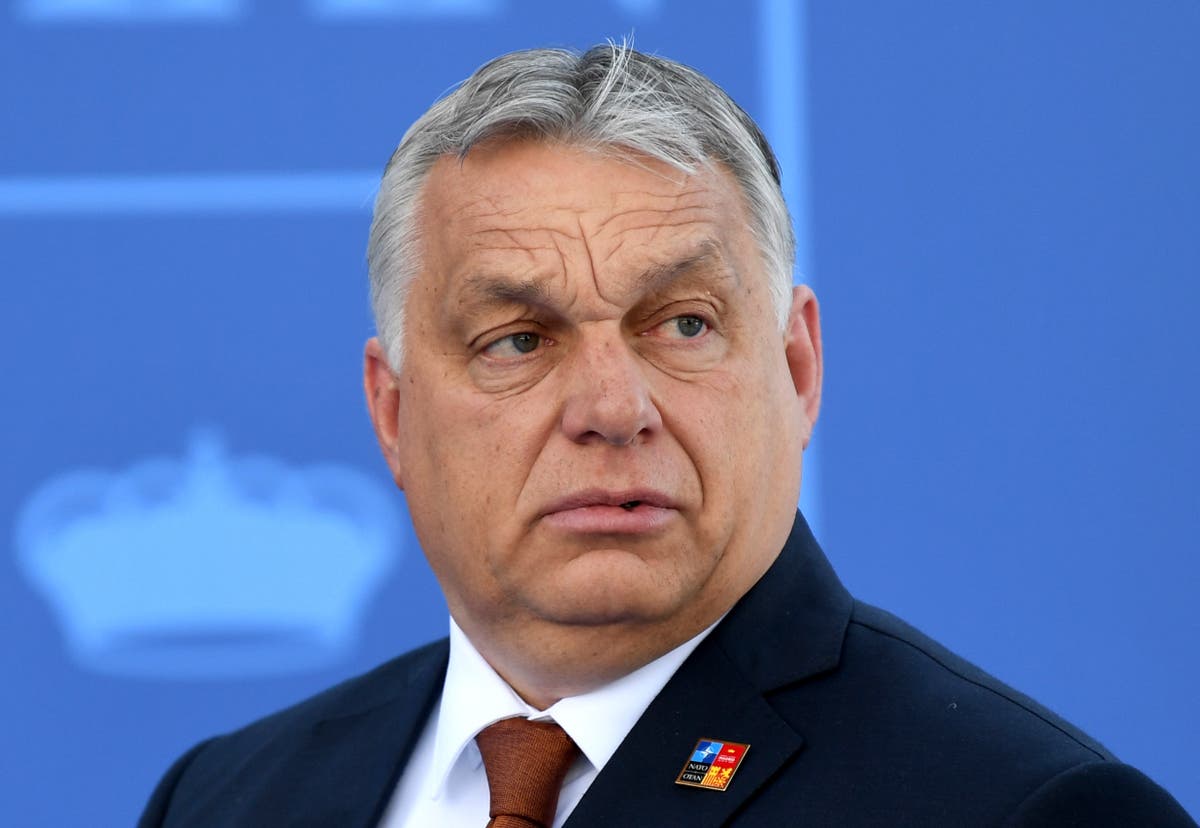 Hungarian Prime Minister Viktor Orban is expected to receive a big welcome in the US on Thursday from conservative fans just a week after backlash at home and in Europe over anti-immigration comments that one of his closest aides compared to Nazi rhetoric.

Orban’s headline at the Conservative Political Action Conference in Dallas, one of the nation’s largest gatherings of conservative activists, has raised concerns about Republicans embracing an autocrat who has been criticized for undermining democratic institutions and consolidating power in his country.

Orbán’s invitation to CPAC reflects the growing embrace of conservatives toward the Hungarian far-right leader whose country has implemented tough policies against immigration and LGBTQ rights and is governed by a one-party system. Orban is also seen as Russian President Vladimir Putin’s closest ally in the European Union.

His visit to Texas comes after fresh anger erupted at home over a speech in which Orbán railed against Europe becoming a “mixed-race” society. One of his closest associates compared the comments to Nazis and resigned in protest.

Orbán dismissed the criticism, saying his government has zero tolerance for racism and that he has not come under fire from conservatives in the U.S. CPAC organizers have dismissed objections that Orbán is authoritarian and praised him for pushing back against the EU.

Even before Orban took the stage in Texas – America’s second most populous state and a state controlled politically by Republicans – Trump had already welcomed him to the US while hosting him earlier this week in Florida.

“Few people know so much about what’s going on in the world today,” Trump said in a statement after the meeting.

President Joe Biden is not scheduled to speak with Orban while he is traveling in the US, according to a White House official.

The title of Orban’s speech slot is “How We Fight.” Through his communications office, Orban declined an interview request from The Associated Press.

AP and other international news organizations were also barred from covering a CPAC conference held in Budapest in May, the group’s first conference in Europe. During that rally, Orbán called Hungary a “bastion of conservative Christian values ​​in Europe” and urged conservatives in the US to defeat “the dominance of progressive liberals in public life.”

He has been characterized as an advocate of what he calls “illiberal democracy”.

Orban served as Hungary’s prime minister between 1998 and 2002, but it is his record since taking office again in 2010 that has sparked controversy and raised concerns about Hungary’s slide into authoritarian rule. Orbán has portrayed himself as a defender of European Christianity against Muslim immigrants, progressives and the “LGBTQ lobby”.

Last year, the right-wing Fidesz party banned the depiction of homosexuality or gender reassignment in media targeting people under 18, a move critics said was an attack on LGBTQ people. Information about homosexuality was also prohibited in school sex education programs or in films and advertisements accessible to minors.

Orbán has consolidated power in the country’s judiciary and media, and his party has drawn legislative districts in a way that makes it very difficult for opposition parties to win seats — somewhat similar to party gerrymandering efforts for state legislatures. headquarters in the USA. The process currently favors Republicans because they control more of the state legislatures that create those limits.

Such moves have led international political observers to label Orbán as the face of a new wave of authoritarianism. The European Union has launched numerous legal proceedings against Hungary for breaching EU rules and is withholding billions in recovery funds and credits due to violations of rule of law standards and inadequate anti-corruption safeguards.

Before Orban on the Texas stage will be Republican Gov. Greg Abbott. Tudor Dixon of Michigan, who won the GOP nomination for governor in the battleground state on Tuesday, is also scheduled to speak during the convention, which ends Saturday.