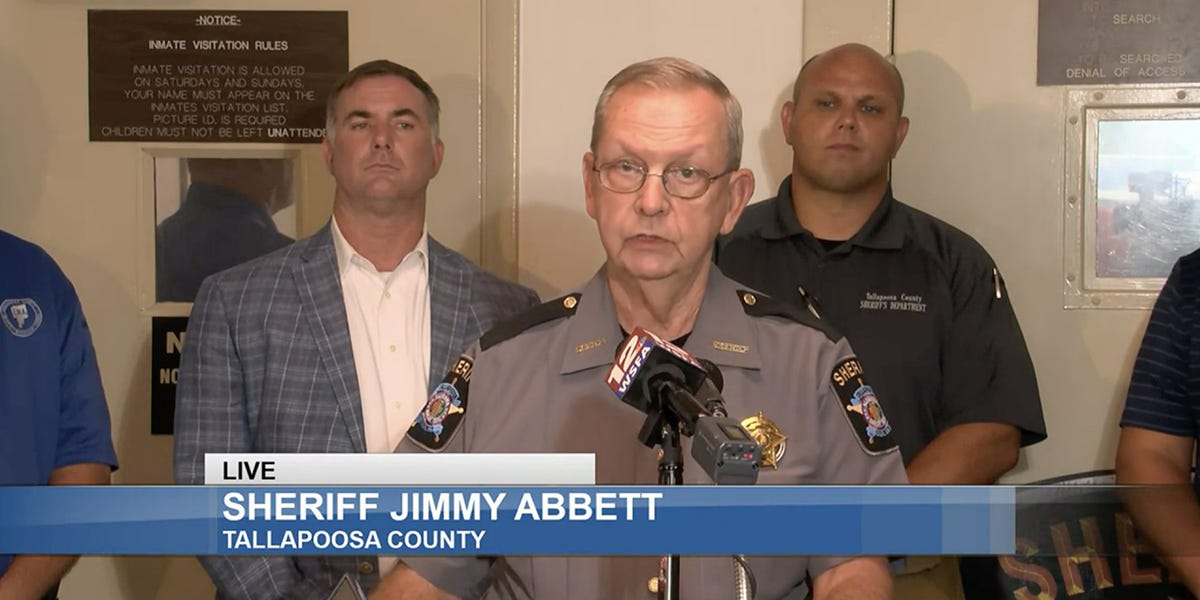 A 12-year-old girl escaped an abduction by chewing on his belongings and leading police back to the crime scene, Alabama prosecutors said.

The girl, who has not been named, was found walking along a highway in Tallapoosa County, Alabama, around 8 a.m. Monday by a driver who called 911, Sheriff Jimmy Abbett said at a news conference Tuesday.

At the girl’s home, investigators found the mutilated bodies of her mother, 29-year-old Sandra Vazquez Ceia, and a person believed to be the girl’s brother.

Prosecutors charged the girl’s mother’s boyfriend with the abduction and murders. In a phone interview with Insider, Abbett said the suspect, 37-year-old Jose Paulino Pascual Reyes, was not known to them beforehand.

The allegations are reminiscent of other cases of extreme domestic violence that have hit America, such as that of Colorado man Chris Watts, who was convicted of the murders of his wife and two daughters in 2018. Nearly all of the perpetrators in what investigators call “genocide” is men, a 2019 review found 67 studies.

Both bodies had been cut into small pieces to hide the evidence, according to court documents seen by Insider.

The reason there are three counts of murder is that Alabama law adds an additional charge for each victim under 14, he said.

Pascual Reyes killed the boy by “beating” him “with hands and feet” while suffocating Vasquez Seya with a pillow, the documents state.

The crime scene investigation was completed Wednesday, and autopsies were underway as of Thursday to confirm the boy’s identity, Abbett said.

Pascual-Reyes had kept the 12-year-old girl drugged with alcohol for about a week and tied her to bed posts with the intention of sexually assaulting and physically harming her, according to the documents.

“The victim had broken braces from being chewed on by his retainers,” the report said.

Sheriffs located Pascual-Reyes at his workplace, a construction site in Auburn, Alabama, about 25 miles from his home, Abbett told Insider.

The family moved to the area in February, according to Abbett.

“We hadn’t received any complaints or anything from him, or her, or any of the kids,” Abbett said. Investigators are treating it as a domestic abuse case, he said.

The girl, who is now in the care of the Alabama Department of Human Resources, is “doing well — remarkably,” Abbett told Insider, saying she had no serious injuries.

“To me she is a hero, for what she went through and what she endures now, and then what she will endure for her life.”