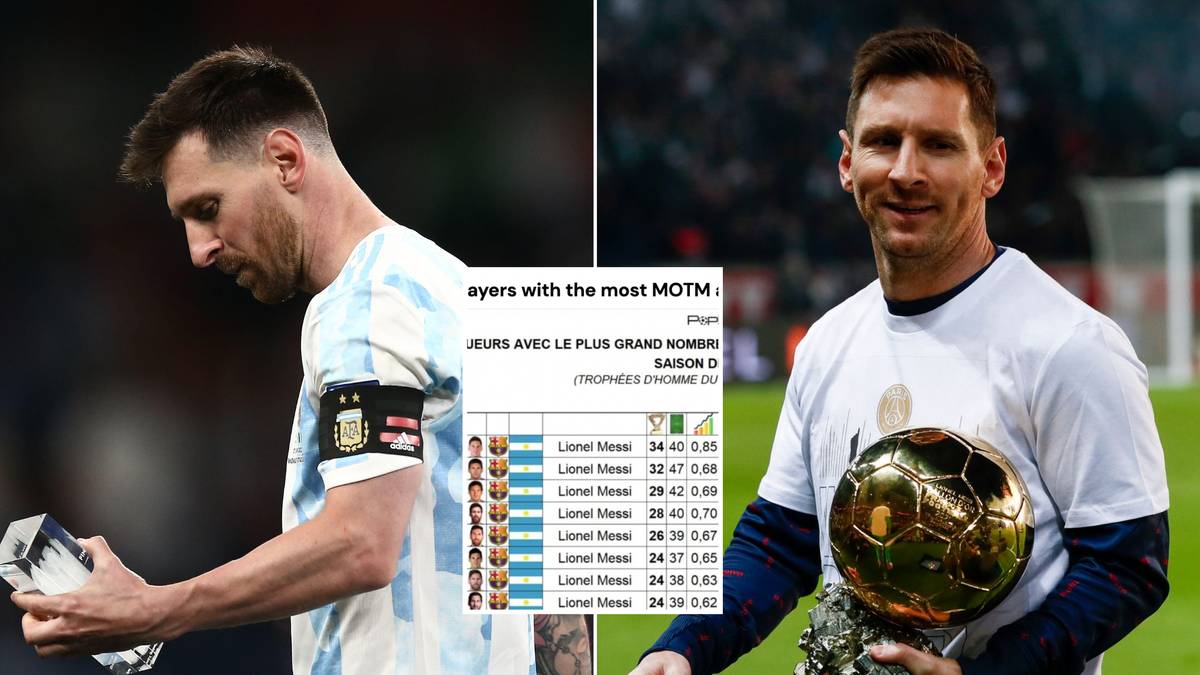 Lionel Messi has been named player of the match more times than anyone in a season on 11 occasions since 2009 alone.

There’s really no point in me trying to explain how good Messi is at football, either you know because you’ve watched football or you can’t be convinced that he’s anything other than Eibarman.

The PSG forward has won almost every award in his career and there is literally not enough room in his house for all of them.

This is because in the last 13 years he has won an incredible number of Man of the Match awards and no one has won more than him in at least eight seasons.

Pop Foot compiled a list of the 20 best seasons for players, based on the MotM awards, and Messi appears 11 times out of 20, with Cristiano Ronaldo second best on the list with four appearances.

The fact that he managed to pick up 34 awards in 40 appearances in 2014/15 is truly outrageous and it’s no wonder Barcelona won the Treble, winning La Liga, the Champions League and the Copa del Rey.

Messi then takes the next seven places on the list, before Cristiano Ronaldo’s own 2014/15 season breaks the Argentinian forward’s streak.

Ronaldo may not have won any silverware that year, with his rival gobbling it all up, but he managed to score 48 league goals for Real Madrid.

While all of Messi’s Barcelona seasons are included in the list, unsurprisingly there is no space for his one season so far with Paris Saint-Germain.

Things didn’t go well for the seven-time Ballon d’Or winner in Ligue 1 despite winning the title with them, as he only scored six times in the league, which only saw him make his Barca debut. scoring less.

In the latest round of ‘Who Arsene Wenger Could Have Signed’, it appears the Frenchman tried to sign Messi and Gerard Pique when he managed to bring Fabregas to north London.