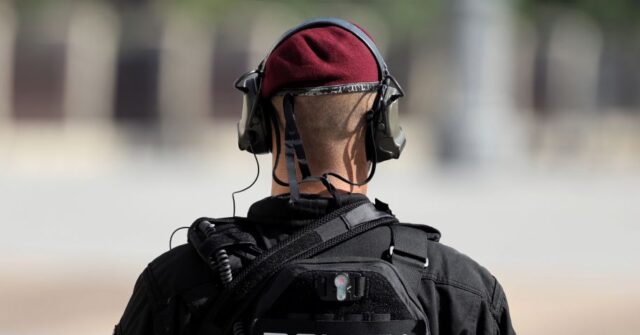 A 27-year-old man killed in the Spanish city of Valladolid during a fight this week had been wanted by police in connection with the kidnapping and rape of a Ukrainian woman just two weeks earlier.

Spanish national police had been looking for the 27-year-old man, who allegedly had fake Portuguese identity documents, for 15 days before he was killed for allegedly kidnapping a Ukrainian woman.

Police say the man, identified by the initials BLC, was the victim of a fatal shooting outside a private nightclub late Sunday night into Monday morning when he was shot in the chest by a 35-year-old man in an apparent altercation. drug related, El Mundo References.

After his death, police were able to identify the 27-year-old as the suspect they were looking for in the kidnapping case, and the man was said to be holding the Ukrainian woman, who allegedly worked as a prostitute, against her. will in an apartment in the city of Burgos.

Spanish National Police officers rescued the woman from captivity on Sunday July 17 and found a “significant quantity of drugs” in the flat. An arrest warrant was subsequently issued for the man on various charges, including sexual assault and drug trafficking.

The 35-year-old who later shot the 27-year-old was identified using CCTV footage from the nightclub where the fight and subsequent shooting took place, but he reportedly fled the area in his vehicle, which was also positively identified.

Shirin Tinnesand, refugee and migration coordinator at the NGO Wadi, warned in early March about the vulnerability of refugees, saying they are “at risk of being exposed to human trafficking, prostitution, organ donation. Only imagination sets the limits.”

Shirin Tinnesand, refugee and migration coordinator at NGO Wadi, said Ukrainian refugees are “at risk of being exposed to human trafficking, prostitution, organ donation. Only imagination sets the limits.” https://t.co/x6irARlUcV