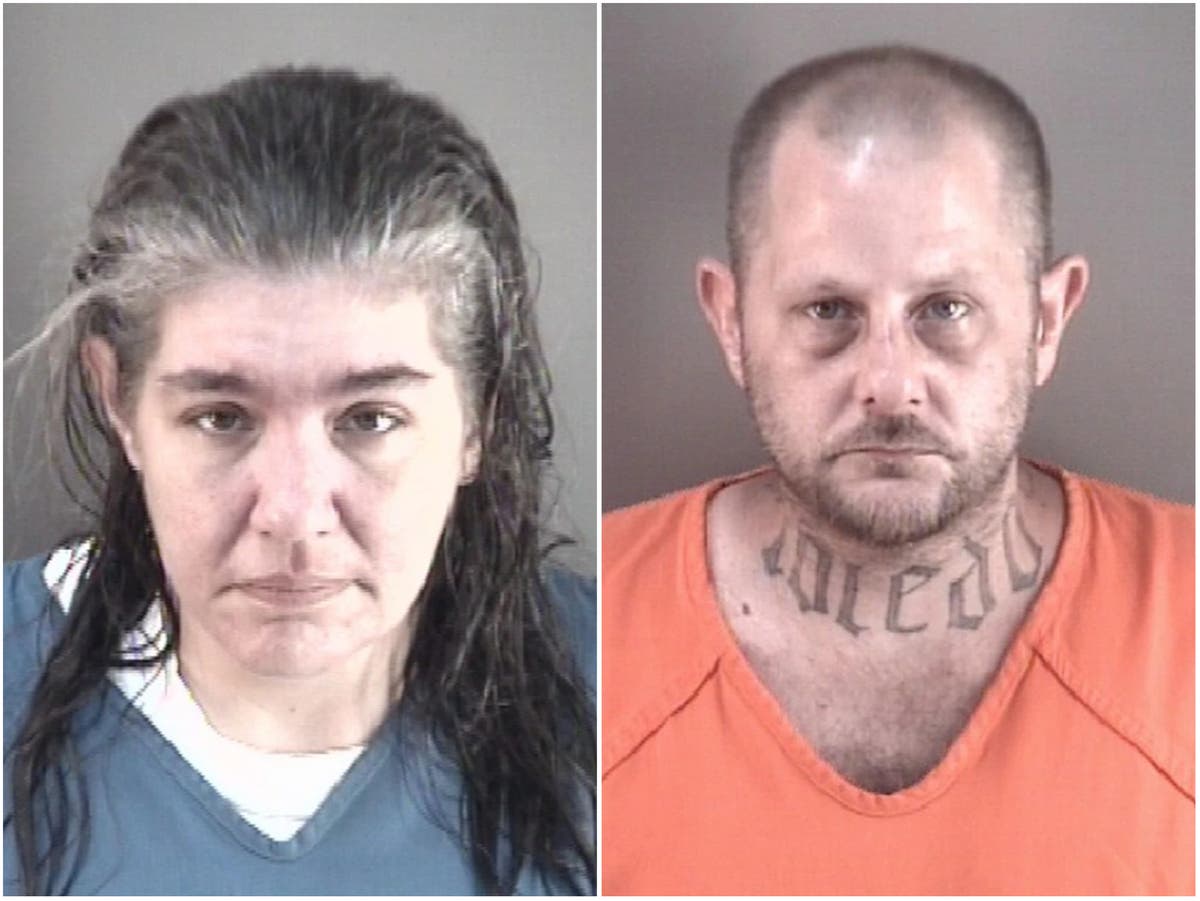 Two Ohio parents have been arrested on felony charges after police found a 12-year-old boy tied up in a hotel room.

Tabetha Sosnowicz, 38, and Jason Sosnowicz Sr, 42, were arrested in the Toledo suburb of Northwood in northern Ohio after the child was found on July 22, according to court documents.

They face charges of child endangerment and corporal punishment, according to WTVG.

An affidavit said police went to the Baymont Hotel last month after being called to the area for a security check, finding the child tied up in a hotel room where the family was staying.

The child “had his wrists tied behind his back with white shoelaces and his wrists were tied around his ankles,” the affidavit said.

Law enforcement added that the boy had been tied up for about nine and a half hours, between 3 a.m. and 12:30 p.m., when police arrived.

Legal filings say the stepfather was present in the room when police knocked on the room’s door. She reportedly told police the child was being restrained because he was “getting into things.”

The mother later returned to the room, telling police she knew the boy was tied up.

Both allegedly told police they would “normally” restrain the child “to prevent them from accessing candy while they are sleeping,” the affidavit said.

Court documents also say there were two other children in the room at the time, aged six and 14, but that they were not detained.

The case is under investigation by Wood County Children’s Services.

During a court appearance Thursday, a preliminary hearing was held for both parents and the cases were sent to Wood County Common Pleas Court, according to WTVG.