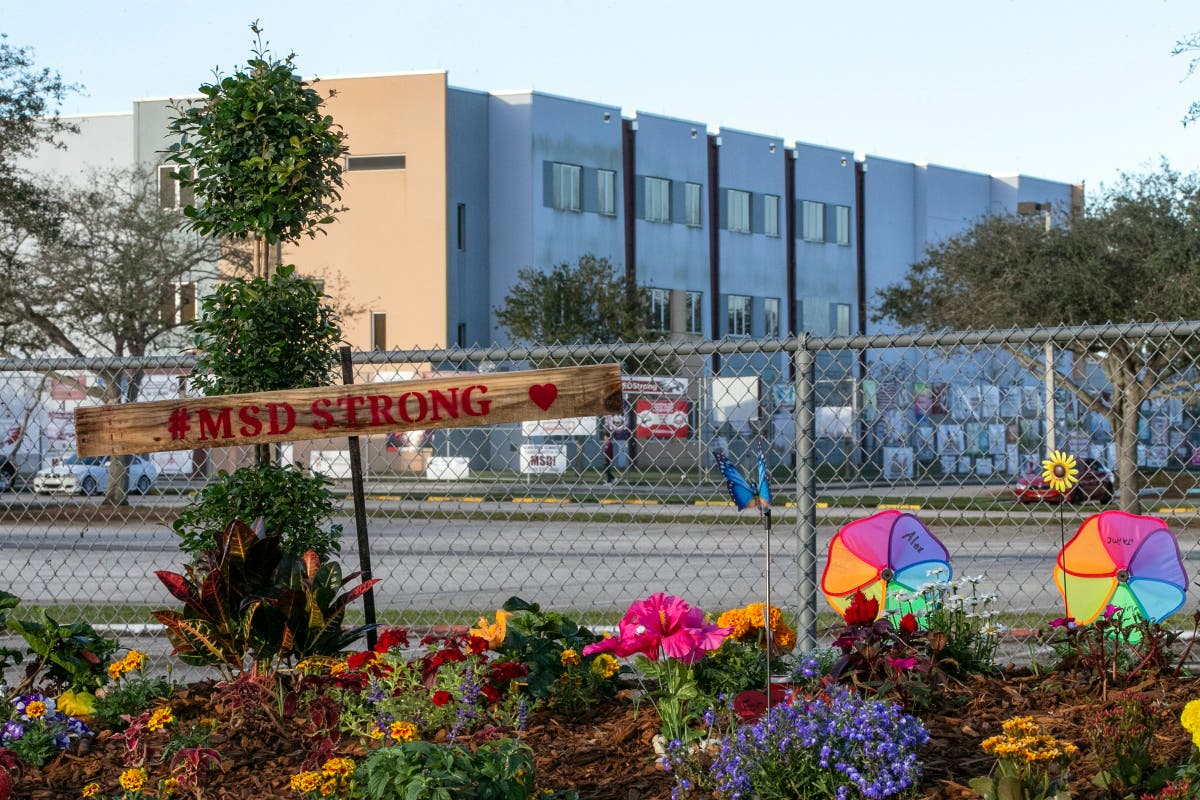 Jurors in the trial of Parkland shooter Nikolas Cruz visited the bloody scene of the massacre that killed 14 students and three staff members at Marjory Stoneman Douglas High School.

The jury of seven men and five women, along with ten deputies, were taken by bus to the Florida school building where the violence broke out four years ago.

Judge Elizabeth Scherer told jurors the visit was to help them analyze the evidence presented to them so far in the trial.

The suspect faces life in prison or the death penalty after pleading guilty to 17 counts of murder and 17 counts of attempted murder.

The area around the school was cordoned off by law enforcement and the jury was escorted by prosecutors, defense attorneys and the judge.

Since the massacre, the building has been sealed off and surrounded by a fence.

The Broward County school district plans to tear it down when they are given the go-ahead by prosecutors, but for now it remains as evidence in the case.

Officials say the inside of the building has been left in much the same condition since the shooting, with blood on the floor and bullet holes dotting doors and walls.

The only things removed from the scene after the shooting were the victims’ bodies and their personal belongings, such as school bags.

The visit was on victim Joaquin Oliver’s 22nd birthday, his parents told CNN.

“We knew, of course, that this moment would come. It’s a moment that’s part of a process,” said Manuel Oliver, Joaquin’s father.

“The most important thing here is what happened to our son, the way he suffered that day and what we can do after that. That’s what really matters here.”