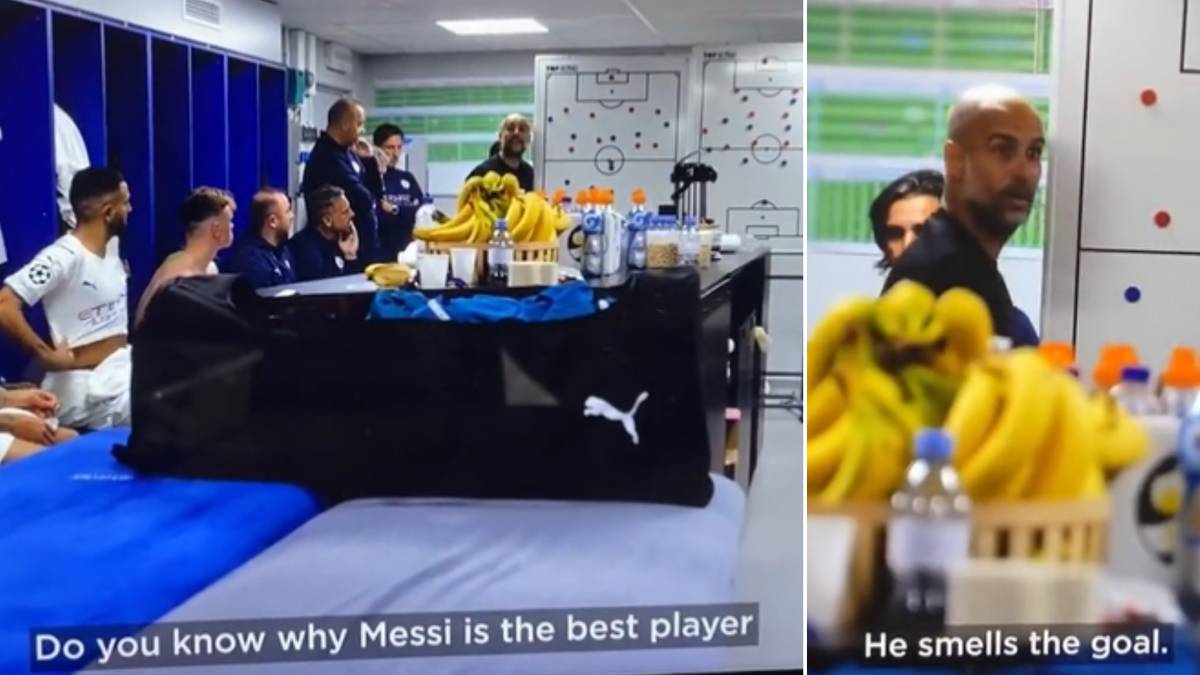 Exciting footage from Manchester City’s Champions League game against Club Brugge shows Guardiola telling his team why Messi is the “best player” he has ever seen.

Speaking at his side during an animated speech, he exclaimed: “Do you know why Messi is the best player I have ever seen in my life?

“Because he’s a competitor. He’s an animal.”

Guardiola added: “And now, we pass the ball, we take a look…

“When you pass the ball… attack here!

“You’ve got to score the goals, guys!

“Messi passes the ball and goes in like a machine, he smells the goal!

Guardiola’s pep talk had the desired effect, with the Blues securing a big 5-1 win in Belgium – having led 2-0 at the break.

Kyle Walker, Cole Palmer and Riyad Mahrez scored in the second half as Manchester City finished top of Group A, ahead of Messi’s Paris Saint-Germain.

But, like PSG, Manchester City were eventually knocked out by Real Madrid, who beat Liverpool in the final.

The prestigious Champions League title remains at the top of Man City’s trophy wish list ahead of the new season.