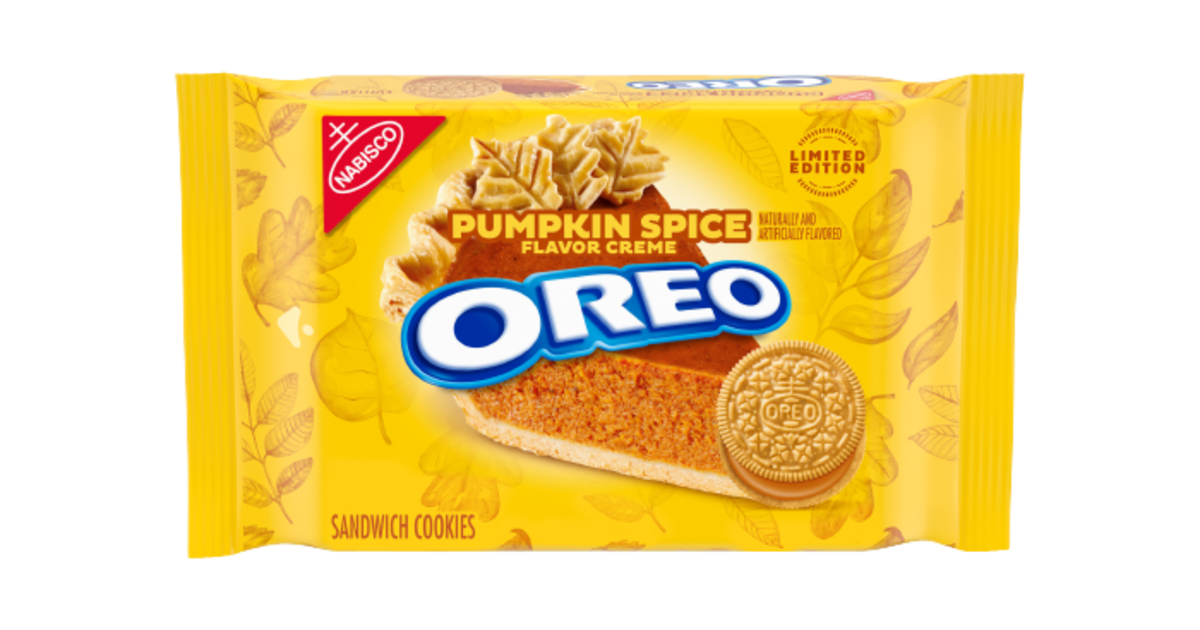 It may not seem like pumpkin spice season has arrived yet, but it’s starting to. Oreo is one of the first brands to announce the summer return of their fall flavor – the Pumpkin Spice cookie, which has been unavailable since 2017.

The cookie, which has pumpkin spice cream sandwiched between two golden Oreos, will hit shelves Aug. 15, the brand announced on social media Wednesday.

While August may seem early to usher in a classic fall flavor, pumpkin spice lovers rejoiced on social media. And Oreo isn’t the only brand expected to make a pumpkin spice announcement this month.

Starbucks usually brings out their Pumpkin Spice Latte in August, and it does Dunkin’. Neither has yet announced return drinks for the coveted drinks, but they are expected in the near future.

However, those beloved lattes could cost more this year as the price of coffee steadily rises. In 2021, coffee prices hit a new multi-year high and earlier this year, Starbucks announced a price increase – the third since last October.

It’s unclear if and when these pumpkin spice products will be back this year, but if they follow the standard schedule, it could be late summer — not fall.