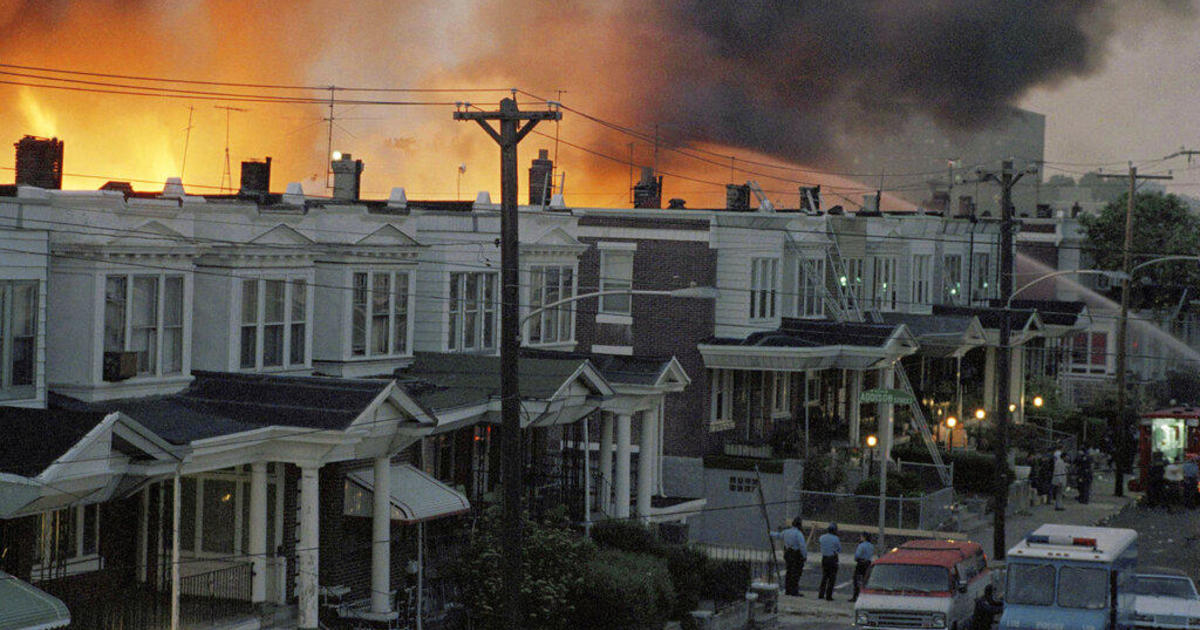 The remains of two children killed in Bombing in 1985 by police of a Philadelphia home used as the headquarters of a black radical group were returned to their brother, the man said Wednesday.

The remains of Katricia and Zanetta Dotson will be cremated and flown to North Carolina for burial, Lionell Dotson told reporters outside the Philadelphia medical examiner’s office.

“For the city to give me this is a significant opportunity,” Dotson, who was 8 when his sisters died, told WCAU-TV. Katricia was 14 and Zanetta 12. “It’s not for me, it’s for them. Finally, I’m going to give them a permanent place to rest – I can do that for them.”

The city said officials met with their relatives, but would not provide details “out of respect for the families.”

The group clashed with police and neighbors, and police trying to evict members used a helicopter to bomb the house on May 13, 1985. Five children and six adults died, and the resulting fire destroyed more than 60 homes. in a row.

A 1986 Commission report called the decision to bomb an occupied home “unconscionable”. MOVE survivors received a $1.5 million judgment in a 1996 lawsuit.

City Health Commissioner resigned in May last year after officials said some debris from the bombing had been cremated in 2017. The city later said, however, that the remains were not destroyed and had been to the coroner.

Last month, a the long-awaited report was released on the injustice associated with the bombing, CBS Philadelphia mentionted.

But the 257-page report failed to answer the key questions that prompted the investigation last year: Who put the box of remains in a storage room at the coroner’s office before its discovery in 2017? Also unclear, why did the employee ordered to cremate the remains four years ago under city health commissioner Dr. Thomas Farley defy the order to do so?

“I’m very sincerely sorry that it happened,” said Mayor Jim Kenney. “Again, a lot of the mishandling happened in the 80s when the tragedy happened. We’ll make sure it doesn’t happen again.”