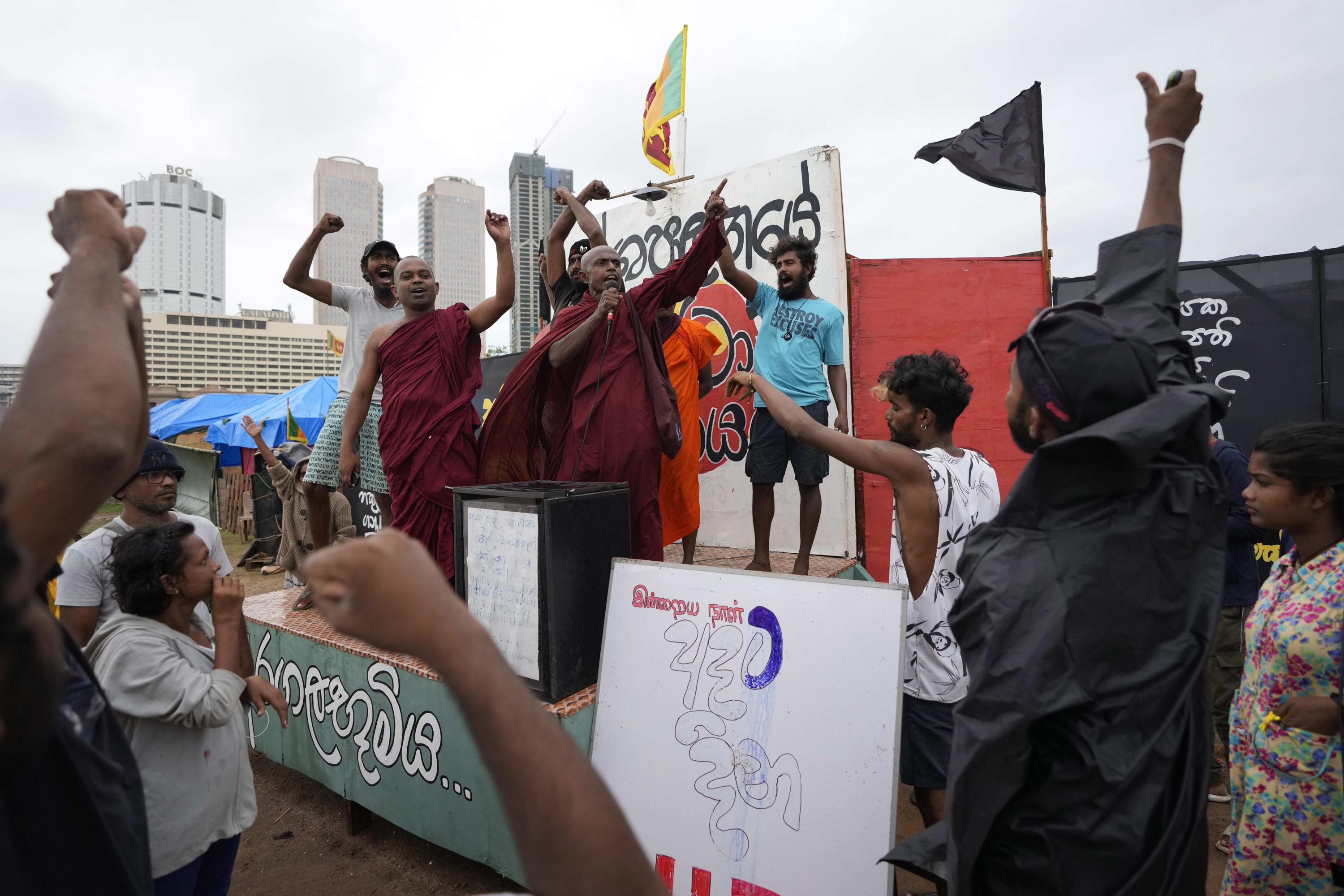 Sri Lanka’s parliament approved a state of emergency July 27. The decree gives the president the power to issue regulations in the interest of public safety and order.

Wickremesinghe, who had ordered the arrests of protesters, said that although the protests began peacefully, groups with political interests later took over and turned violent, citing the burning of dozens of homes of ruling party politicians in May.

Sri Lankans have been protesting for months over the country’s economic crisis which has led to severe shortages of many essential imported items such as medicine, fuel and cooking gas. Wickremesinghe’s predecessor, Gotabaya Rajapaksa, fled the country after protesters stormed his official residence and also occupied several key government buildings, such as the president’s office, the prime minister’s office, and the prime minister’s official residence. Wickremesinghe was elected by Parliament to complete Rajapaksa’s term, which ends in 2024.

In a speech to parliament on Wednesday, Wickremesinghe promised clemency for those who engaged in violence unknowingly or at the instigation of others. He also promised to punish those who broke the laws willfully.

Some of those arrested are accused of clashing with security forces and encouraging people to storm the Parliament. Officials also seized the passport of a British woman who posted about the protests on social media.

“The Sri Lankan government’s crackdown on peaceful dissent appears to be a misguided and illegal attempt to distract from the need to address the country’s urgent economic crisis,” said Meenakshi Ganguly, South Asia director of Human Rights Watch.

Sri Lanka is in bankruptcy after announcing it was suspending repayment of its foreign loans pending the outcome of talks with the International Monetary Fund for a rescue package.

“Sri Lanka’s international partners should be clear that they must work with a rights-respecting administration to address Sri Lanka’s deep-rooted economic problems,” Ganguly said.