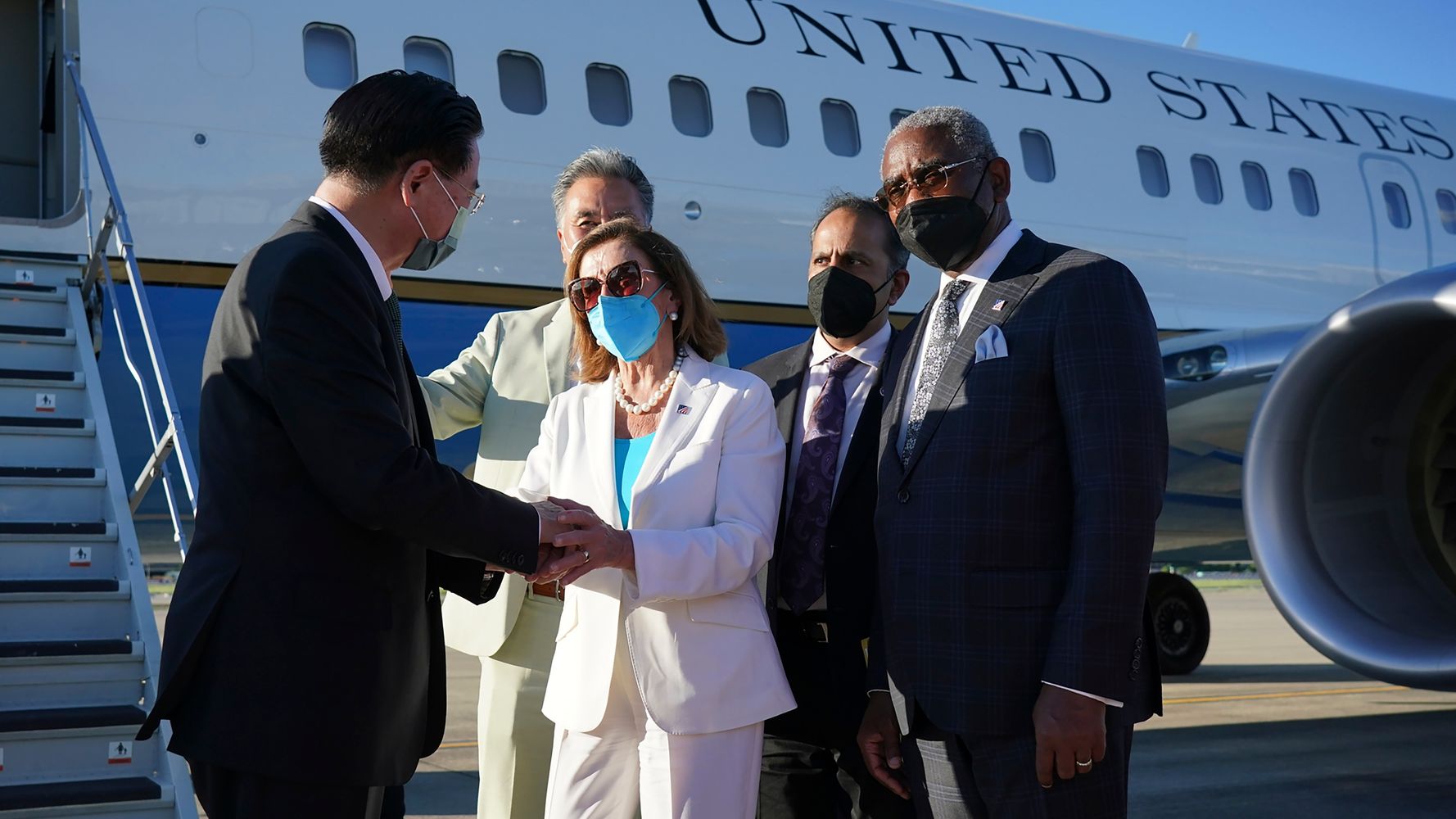 Members of the Republican National Committee are debating a resolution that would declare Taiwan a “free and sovereign nation” following Democratic House Speaker Nancy Pelosi’s controversial trip to the island nation this week and China’s retaliatory displays.

Speaker Ronna McDaniels was copied in an email Wednesday, reviewed by HuffPost, revealing a part of the proposed resolution that at least one member thought was too inflammatory to deliver during Pelosi’s Asia tour. The full committee may take it up at its meeting in Chicago this week.

“RESERVED, that the RNC requests that the US defend Taiwan militarily against invasion by China and recognize Taiwan diplomatically as a free and sovereign nation,” reads some of the proposed language.

The analysis it carries no weight beyond signaling the party’s policy positions and should still be adopted by the entire RNC.

The pledge to support Taiwan aligns with many Republicans’ aggressive stance on China as a threat to the United States as a global economic superpower. But recognizing Taiwan as a free nation is out of line with how the US has approached relations with China and Taiwan over the past 40 years.

Under the One China Policy, the United States recognizes Beijing, while also maintaining unofficial diplomatic relations with self-ruled Taiwan, which China still considers its territory. Pelosi’s trip to Taiwan — the first by a US House speaker in 25 years — inflamed relations with China. The Chinese Communist Regime greeted her arrival with military training.

Republicans took the unusual step this week of praising Pelosi. Two dozen Senate Republicans a letter was circulated in support of her visit, noting that it was in line with the One China Policy and Taiwan Relations Act. The Biden administration reportedly advised Pelosi not to go.

It’s unclear how the RNC will approach the resolution at its meeting. The subcommittee often considers resolutions that do not reach the floor.

At least one national committee spokesman, Hawaii state Rep. Gene Ward, was concerned that language recognizing Taiwan as sovereign and expressing a desire for US military intervention in the event of a Chinese invasion was “a bit inflammatory,” according to the emails reviewed by HuffPost. .

“The liberal press and especially so too [Chinese President] Xi Jinping’s propagandists would also likely interpret it … as a lot of rattling and throwing gasoline on the fire … when the speaker of the US House is still in Taiwan,” Ward wrote. “The noise this would create and the attention it would draw is not something the RNC needs this close to the midterm elections or until our congressional delegation is back on American soil.”

The original resolution was spearheaded by an RNC member Solomon Yue, who is vice president of Republicans Abroad, a political organization for expats in the US. Yue did not respond to a request for comment from HuffPost.

Ward and others had apparently signed on to the resolution before Pelosi’s trip became a complicating factor.

“If that was last week or last month when you first submitted it and we all signed, no problem. But now there’s a different world out there, and it’s in Hawaii’s backyard,” Ward wrote.

Ward told HuffPost that the biggest concern was not the midterms but the broader geopolitical climate. “The geopolitics of China, the US and Taiwan is what is at stake here.”

Earlier this year, the RNC made headlines when it passed a resolution condemning Republican Reps. Liz Cheney (R-Wyo.) and Adam Kinzinger (R-Ill.) for appearing before the House Select Committee on Jan. 6 and they referred to the attack on the Capitol as “legitimate political speech.”

The RNC did not immediately respond to HuffPost’s request for comment.