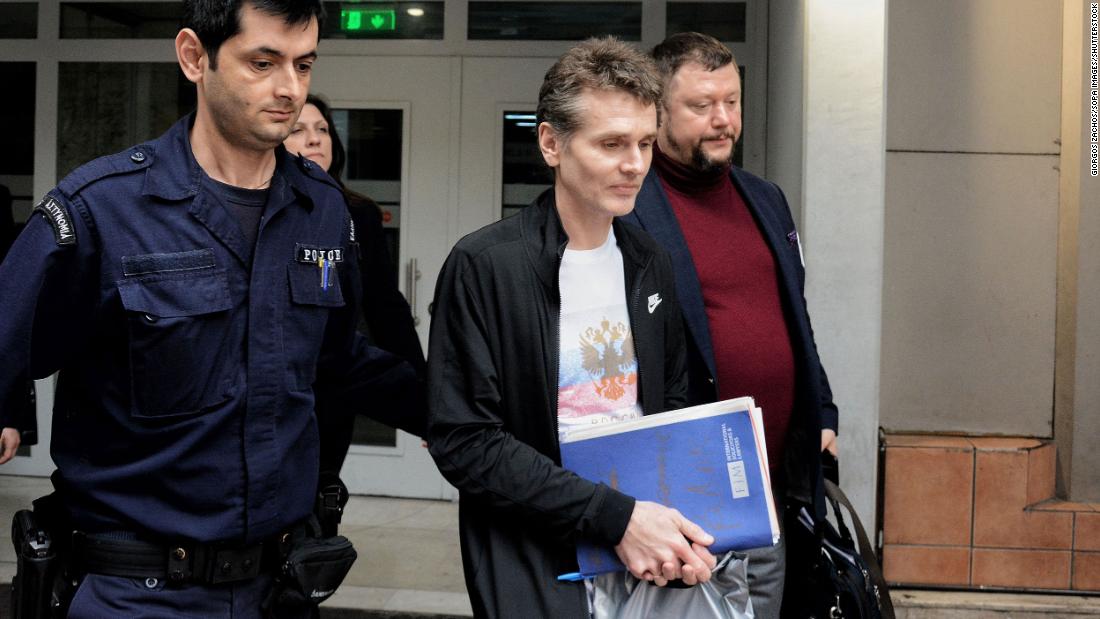 Alexander Vinnik, who is in his 40s, is accused of running a cryptocurrency exchange known as BTC-e that allegedly worked with ransomware gangs, drug dealers and identity thieves, according to the Justice Department. He faces charges in the U.S. District Court for the Northern District of California for money laundering and operating a money services business without a U.S. license, among other charges.

Vinnik’s extradition is a major victory for US law enforcement officials, who had been engaged in a long extradition battle with Russia to win Vinnik’s custody.

Frédéric Bélot, Vinnik’s lawyer in France, told CNN Thursday afternoon that his client was on a plane from Athens, Greece, to the U.S., where he is expected to make an initial court appearance in the U.S. Northern District of California.

Vinnik’s release shows how US prosecutors have continued to pursue high-profile Russian cybercrime suspects at a time when any faint hopes of cooperation with Moscow on the matter have faded.

Vinnik was arrested in 2017 in Greece and then extradited to France, where he was sentenced to five years in prison in 2020 for money laundering. However, Vinnik has also been indicted in the U.S. since 2017, and the U.S. and Russia have filed dueling extradition requests from Greece.

BTC-e, which shut down in 2017, received more than $4 billion worth of bitcoins while operating, according to the Department of Justice.

The Treasury Department in 2017 assessed a $110 million civil money penalty against the cryptocurrency exchange “for willfully violating US anti-money laundering laws” and a $12 million fee against Vinnik.