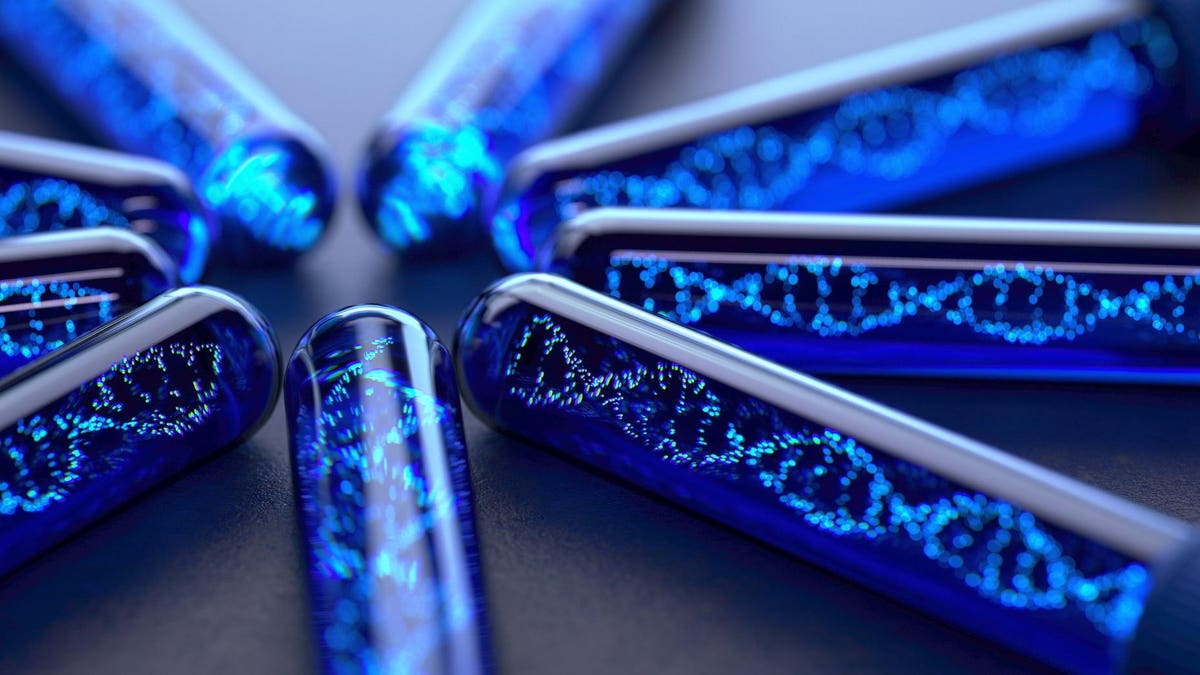 Genetic testing was once offered only to people with rare genetic conditions or a strong family history of disease spanning generations. However, genetic testing is now offered to healthy people to detect whether they carry a genetic change (often referred to as a ‘variation’ or ‘mutation’) that may put them at high risk of developing preventable conditions, including some cancers and heart conditions.

In theory, population genetic control makes sense. Instead of waiting for a person to die of a heart attack at a young age, we can learn about some of these risks in advance and mitigate them. This approach works not only for the person being tested and their family members – who may also be at risk – but also for our medical system, employers and overall health care costs that we, as a society, want to minimize.

But in practice, are we there yet? Cristi’s story shows that we still have a long way to go to make population genetic testing a win-win for the patient and their family members. Cristi is a certified genetic counselor who, like many of us, knew several members of her family had developed cancer. But the cancers in Cristi’s family didn’t fit a known hereditary cancer syndrome. Cristi’s mom underwent genetic testing based on her personal history of brain tumor and melanoma, and family history of breast and prostate cancer, and no mutations were found in her DNA. So when Cristi signed up for a genetic test to check the customer experience of a screening program offered by her company, she was surprised to learn that she carried a pathogenic variant in a gene called SOAK.

People who carry a RET variant have a syndrome called Multiple Endocrine Neoplasia 2A (MEN2A) and are considered to have almost a 100% chance of developing an aggressive type of thyroid cancer called medullary thyroid cancer. For this reason, people with MEN2A have traditionally been advised to have their thyroid gland removed prophylactically, often in childhood, before they develop cancer. MEN2A is also associated with a high risk of developing pheochromocytomas (adrenal tumors) and parathyroid tumors. Recommendations for people with MEN2A include specialized screening for these tumors every year, consisting of blood tests and ultrasound imaging.

At first, Cristi’s health team thought her genetic results must be wrong. This genetic finding was not consistent with her personal or family history. So Cristi repeated the test and confirmed that she definitely carried a RET variant. Another family member subsequently tested positive for the same variant.

Cristi’s healthcare team told her she had up to a 95% chance of developing cancer. But since Cristi is a genetic counselor and has worked for several commercial labs, she looked deeper. Considering her family history, which she was not according to a traditional RET mutation, the results were meaningless for her. Cristi found a paper published in a medical journal that showed this her specific RET variant is likely associated with a much lower risk of these cancers. Through her professional network, she obtained data from several laboratories on families with the same RET variant that appeared consistent with this journal article, and scheduled an appointment with the article’s author. She even had a local genetic counselor and patient advocate attend her appointments almost with the author to ensure that the local health care team had the same information. Cristi was advised by the paper’s author that, in her case, thyroid cancer screening would be a reasonable approach. Cristi decided to opt for regular blood work and ultrasounds instead of surgical removal of her thyroid gland, which is the protocol for traditional RET variants. Cristi realized she was unique because most people with her initial test result would not have had access to these excellent resources and would likely have gone ahead with having their thyroid gland removed, the approach strongly recommended by their healthcare team and peers. her.

At first glance, Cristi’s story appeared to be one of success, albeit driven by education, experience and network. At first, he was understandably relieved. The treatment plan was noninvasive, logical, and evidence-based. Soon, however, Cristi learned that the plan was also financially toxic. We have published two previous papers discussing economic toxicity, including one on breast cancer diagnosis.

Cristi had to wait 3 months for an appointment to see a specialist to get her screenings done. In total, the medical expenses associated with setting up a screening plan that year and the associated health insurance deductibles cost her more than $3,000. The average out-of-pocket cost over the next few years for RET-specific screening is estimated to be at least $1,700/year, for the rest of her life—and that’s assuming no additional testing is needed. Adding in the costs she has to pay for at-risk breast cancer screenings based on her family history, her out-of-pocket total comes to $3,200 a year. It’s no wonder that many patients skip healthcare visits are needed because of uncertainty about costs.

Ironically, the removal of Cristi’s thyroid gland—which wasn’t necessarily warranted based on her genetic variant—would have been covered by her health insurance, as would the lifelong medications needed after the removal and recovery time. The facts raise the question: are patients driven to organ and tissue removal, rather than surveillance, because of the cost of lifelong surveillance? We need to answer this critical question before we can move forward with population genetic testing and precision medicine.

Now consider that Cristi’s children and other relatives are offered genetic testing based on her finding and, if positive, must also undergo similar monitoring every year. If Cristi and/or her family members get an abnormal or even borderline test result, they require more testing and imaging. These procedures may or may not be covered by insurance given the lack of guidelines for mutations that do not carry the traditional risk.

Another thing to consider is that Cristi needs to use paid time off (PTO) for her and her family members’ medical appointments. If we consider 10 days as the average number of PTOs For private sector employees completing a year of service, this means that between “RET” visits, routine visits, dental and vision, Cristi will use 9.5 days of PTO per year for preventive care. If we consider the average person’s PTO, that equates to 9.5 out of 10 days off/year just for medical appointments. That number doesn’t include routine appointments needed for her kids, like when they’re sick, and of course vacation time isn’t counted. This reality is the unfair price a person pays for doing everything they can and must do to keep themselves and their family healthy and cancer free.

Population testing can help people avoid serious illness and death, which is a worthy goal for patients, employers, payers, and our population at large. But if we support this test, We also need to support people who test positive for a pathogenic mutation providing:

· accurate genetic counseling information from a specialist, tailored to the specific test result.

· Updated information as we learn more about each genetic variant and recommended management.

· Full coverage of both surveillance and prophylactic procedures appropriate for this genetic finding.

· clinics that support both high-risk appointments and routine screening at the same time, so patients avoid multiple appointments at different locations over multiple days.

Population genetic testing is coming and it will save lives and money, for our health system and our employers. But Cristi’s story is a cautionary tale: before we establish population testing programs, it is essential that we create pathways for participants to ensure they are both covered and supported by their insurers, clinicians and employers throughout this life journey.

***Co-author Cristi Radford, MS, CGC is a genetic counselor who shifted her career into the payer space to develop programs that meet the unique needs of patients with genetic conditions. He is one of only a handful of practitioners nationally with expertise in genetic counseling and testing, the payer space, and financial toxicity.