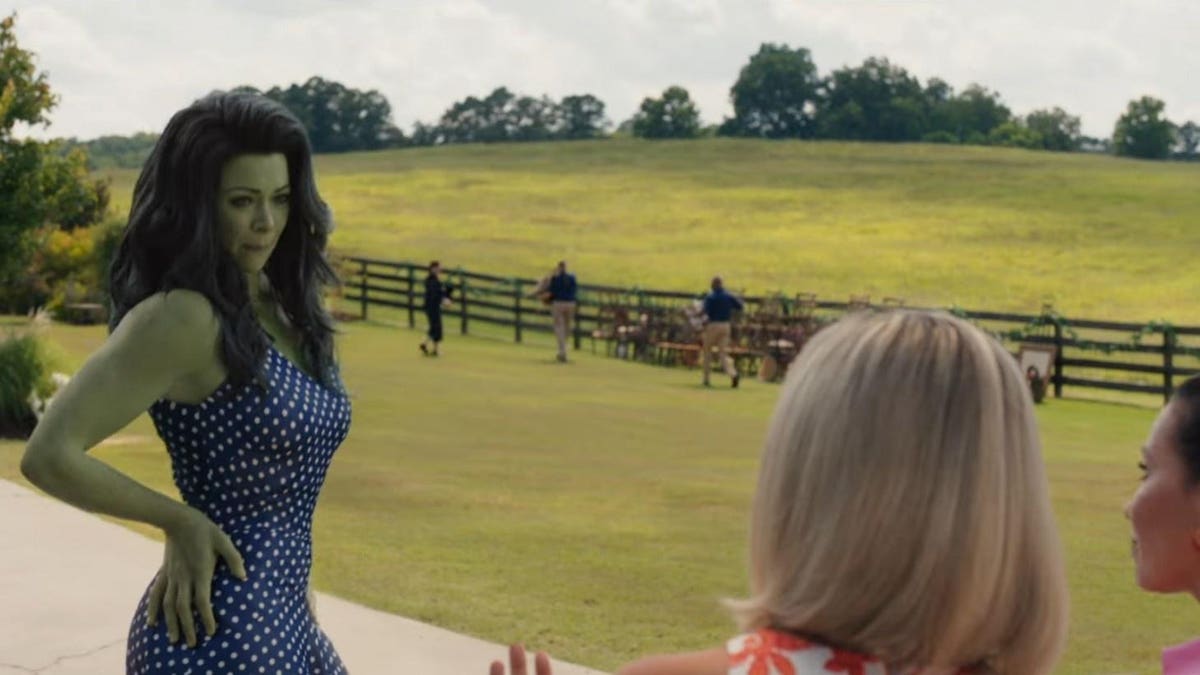 We’re just two weeks away from the debut of She-Hulk, which will arrive in a non-standard Disney Plus time slot on Thursdays. The series has been the subject of controversy over She-Hulk herself, almost entirely in CG, as some questioned both the character’s on-screen presentation and the quality of the FX work seen in the trailers.

Now, the show’s director, showrunner, and star have weighed in on all of these issues and made some pretty strong defenses of both the character and those tasked with bringing her to life.

First, director Kat Coiro spoke at the TCA press tour (via THR) on the pushback that She-Hulk should have been more muscular than she appears in this version:

“As far as CGI being criticized, I think that has to do with our culture’s belief in the ownership of women’s bodies,” Coiro said. “I think a lot of the criticism comes from the feeling that they’re able to tear apart the CGI woman. There is a lot of talk about her body type and we based it on Olympic athletes and not bodybuilders. But I think if we had gone in the opposite direction, we would have faced the same criticism. I think it’s very hard to win when you’re building women’s bodies.”

I think he’s right in that if they had gone the other way and made She-Hulk bulkier and more akin to the Hulk himself, as seen in some comic versions, they probably would have faced just as much, if not more. criticism of moving in that direction, given the nature of these discussions and who tends to have them.

The quality of the CGI is an adjacent issue, and it’s not just her body type, but her movements and expressions, bringing Tatiana Maslany’s performance to life.

Writer/showrunner Jessica Gao talked about how difficult it is to have a CGI lead and how hard VFX artists have to work to make it happen:

“This is a huge undertaking to have a show where the main character is CG. It’s terrible that many artists feel rushed and feel like the workload is too huge. I think everyone on this panel stands in solidarity with all workers.”

“I’m incredibly in awe of how talented these artists are and how fast they have to work. Obviously, much faster than they should probably be given in terms of churning these things out. We must like to be very aware of working conditions that are not always optimal.’

This reflects recent reports of the overall crisis happening in the VFX industry in Hollywood right now, where there is a huge backlog, a lack of talent, and Marvel in particular has been reported as needing tons and tons of support, often at very short notice. often redoing old work, and so on.

It’s certainly notable that the showrunner, director, and star of She-Hulk have spoken out very publicly in solidarity with these workers, making this the most important focus I’ve seen on the issue from Marvel’s own talent. These issues have seeped into actual productions (see some of Thor’s recent spontaneous effects) and there doesn’t seem to be a real fix. She-Hulk, for her part, looked better with every new still or teaser that came out, but then again, nine episodes of a series starring a fully CG protagonist can be hard to nail down. We’ll see how it goes in two weeks.