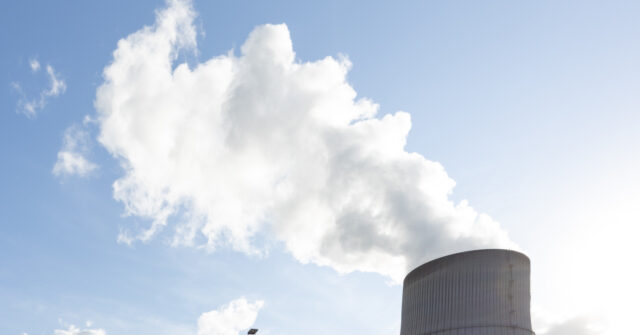 German state television has been accused of editing in black clouds of smoke over a nuclear power plant in a report on the ongoing energy crisis.

State broadcaster Zweites Deutsches Fernsehen (ZDF) has come under fire for an image used in a recent broadcast about Germany’s continued use of nuclear power, with many accusing the broadcaster of editing in dark clouds in the post above an image a nuclear power plant.

With an ongoing energy crisis caused in part by the country’s crazy climate agenda wreaking havoc on the country, many are now calling for a planned decommissioning of the country’s remaining nuclear plants — due to be decommissioned by the end of the year — to be halted for to help alleviate the situation.

In a report on this question raised by ZDF however, according to a article posted by Bildthe broadcaster appears to have edited in post an image of a nuclear power plant to include dark clouds, despite the fact that such plants naturally only release water vapor in the form of white clouds.

The image was used both within the show, and as a thumbnail for the broadcast on a number of online platforms such as Youtube.

The Bild The report ponders whether the dark clouds were added to make nuclear power – often seen as a climate change zealot like Greta Thunberg – look more environmentally unfriendly. A notable admission implicitly states that the broadcaster is deliberately doctoring images to evoke emotional responses in viewers.

ZDF flatly denied this, telling the publication – incredibly – that the dark cloud is instead there to represent the possibility of blackouts and overall instability within the energy grid.

However, the public broadcaster has since replaced its Youtube broadcast thumbnail with a different image of a power plant, this time with correctly colored white clouds.

Not like that! Greta Thunberg condemns inclusion of nuclear power and natural gas in EU Green Paper https://t.co/PIxHykAVV8

While it’s no doubt a strange event in itself, perhaps the strangest element of this story is that it’s not even the first time ZDF has been caught adding black smoke to an image of a nuclear power plant.

The public broadcaster has indeed been caught in the past for a similar stunt February this year, with a spokesperson for the organization claiming that a dark layer had been added to the image to make the text added to it easier to read.

“Unfortunately, this layer was placed incorrectly,” the spokesperson said, referring to the fact that the black smoke that appeared to be added to the image wasn’t even behind the added text.