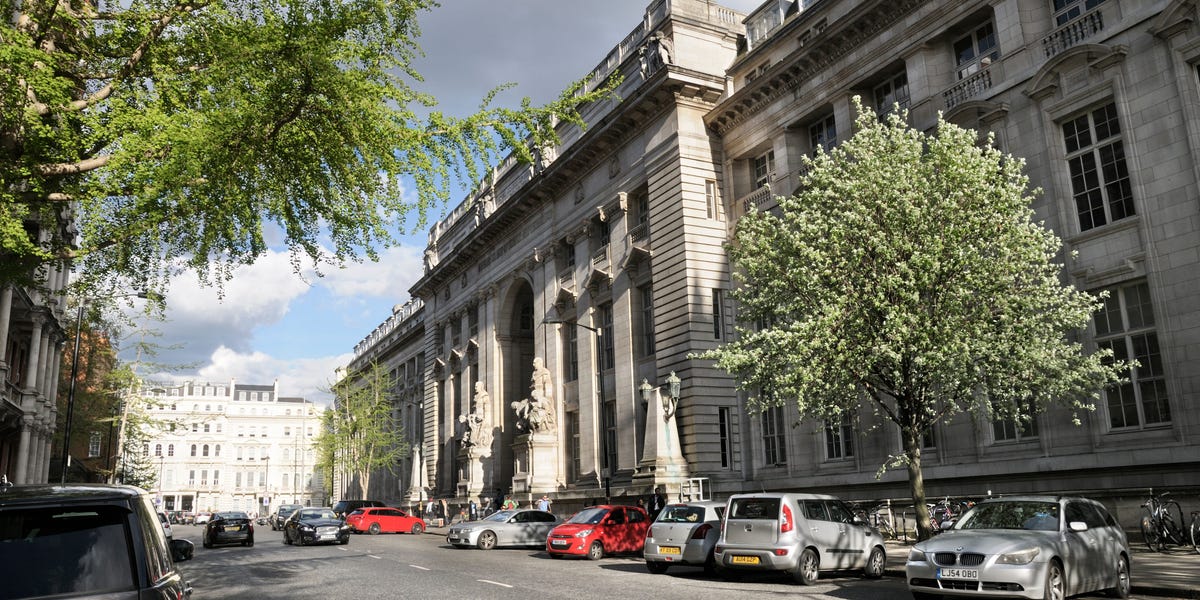 Students at Imperial College London are lobbying against the school’s plan to install a new sculpture on their campus, which they say could be interpreted as a 10ft horizontal phallus.

Antony Gormley’s statue, titled “ALERT,” is a 20-foot stack of steel blocks meant to resemble a person squatting at his feet, according to university website.

It will be installed at Dangoor Plaza on the university’s South Kensington campus this summer, the website said.

However, a motion launched by students from the Imperial College Union has raised concerns that the sculpture could “damage the image and reputation of the college” because of its “obvious” resemblance to a person standing with an erect penis. according to the Guardian.

The publication published a detailed diagram that breaks down the parts of the sculpture, as well as its different interpretations.

“Regardless of artistic intent, ‘Alert’ is interpreted by many as phallic,” the students’ motion read, according to the visual arts magazine. ArtNews.

“There is nothing inherently wrong with phallic imagery in art,” the motion said, although it argued that the piece could “be considered inappropriate for a large public display, given the size of the statue.”

“The name ‘Alert’ could also be understood to refer to the erection of the statue’s phallus,” the proposal added, according to ArtNews.

An unnamed graduate researcher at the university who submitted the proposal told the visual arts publication The Art newspaper that they doubted the protest would affect the installation of the statue.

“I believe this is not something the college would withdraw or listen to students about,” they said, according to the report.

The Guardian reported that one of the students’ main concerns was that the statue’s phallic interpretation would be “exclusive”, especially in light of the gender imbalance in scientific research.

Responding to questions about the concerns surrounding ‘ALERT’, a spokesperson for Imperial College London told Insider: “Sir Antony Gormley is one of the world’s leading living artists and we are grateful to be given one of his iconic sculptures”.