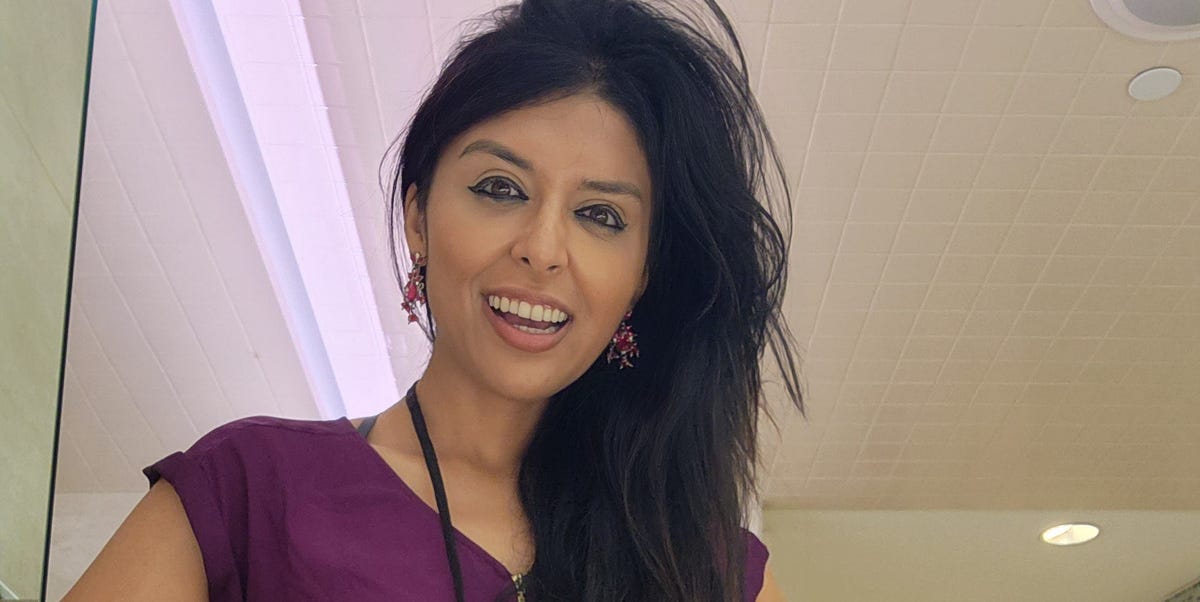 This essay is based on a conversation with Sonali Chandra. Edited for length and clarity.

My colleagues often talk about their various connections. I never join in conversation.

I am 35 and hold my V-card with pride. I need a ring on my finger before I lose it to my one and only. I would be devastated if I betrayed my principles and had a one night stand.

It’s not because I’m afraid — although I know that having sex for the first time can be painful. But “friends with benefits” and no strings attached relationships are not for me. I’m looking for my soulmate.

As a modern, first-generation Indian-American, I am happy to support the traditional values ​​of the country where my parents grew up. Sex before marriage is taboo in India.

My mom and dad never talked about sex when I was growing up. My sister and I loved watching Bollywood movies in the 1990s and early 2000s. The movies didn’t show a couple kissing, but the actors were allowed to hold hands.

There were no tank tops, no cleavage, no makeup, and no hanging out with boys when I was in high school. I was home for junior and senior prom. The only time I dressed up was for a dance recital. I did Indian dance for years and performed in high school talent. People would be shocked because I was the class wizard who wore glasses and braces.

I lived with my family during my years at Rutgers University, where I majored in economics. My dad said, “What’s going on on college campuses? Kids are sleeping around.”

He told me about his arranged marriage plans when I was driving home from graduation in 2009. I was 23 and thought, “You never let me have a boyfriend.” He said, “I’ll find someone for you. There are all kinds of Indian matrimonial sites online.”

I said no thanks.

Dad decided to find someone in America who had strong Indian values. He would try to introduce me to doctors and lawyers in our hometown of New Jersey. But I never met with them. I didn’t trust my dad to pick me a wife. He would like someone like himself. My parents’ marriage — which was arranged in India — was volatile.

I didn’t want to post my profile on places like Bengalimatrimony.com. I knew it would only lead to increased pressure to make things work, even if I didn’t feel anything for the person.

I hated the idea of ​​instant gratification. It was a culture shock to this day in Manhattan, where I worked on Wall Street in my mid-to-late 20s. Men would develop an attraction for me, but I would realize that all they wanted was to get me into bed. If they were going to use me for sex and disappear the next morning, I would have been upset.

I had my first kiss at the age of 26 and it felt amazing. Things didn’t go any further. I think the romance went nowhere because of my beliefs.

Four years ago I met another man who I really liked. One night, we were for a drink in a hotel bar and he wanted to rent a room. I told him it would be my first time. He said, “You deserve someone who will always be there for you, but I can’t be there for you.” He didn’t return my calls or texts after that. It reinforced my theory that I couldn’t have sex with a man who could imagine me.

In 2019, I moved to Los Angeles, where I work as the front desk manager at an Equinox gym. I said to myself, “I’ve had enough of these games — I’m going to marry my career.”

I’ve dated nine guys in my life. Each has turned out to be a jerk. They asked me out based on my looks, but after I told them about my high standards and ethics, they disappeared. Three of them proposed to me because they needed a visa to work in America. I found it quite funny and gave me material for it stand-up comedy I have been doing since January. I’m fooling around with being a millennial and still a virgin. I will joke that in India they say, “How you dance shows how you make love.” I’m an excellent dancer so I know I’ll do great.

Still, I long for companionship. I have cried from loneliness. I spent my birthdays and holidays alone for the last decade. I wonder if marriage will ever happen because men are so afraid of my values. I don’t really understand why. When I was growing up, virginity was a virtue.

As for my father, he is ashamed that I don’t have a husband yet. We had a family reunion in March at my grandmother’s funeral in New Delhi. Dad lied to everyone and said I got married in the US.

People like me are teased and ostracized, but I would like to inspire and motivate not only young women but also men. They should not succumb to an arranged marriage — or social pressure to have sex.

Have a compelling story to share with Insider? Please email jridley@insider.com