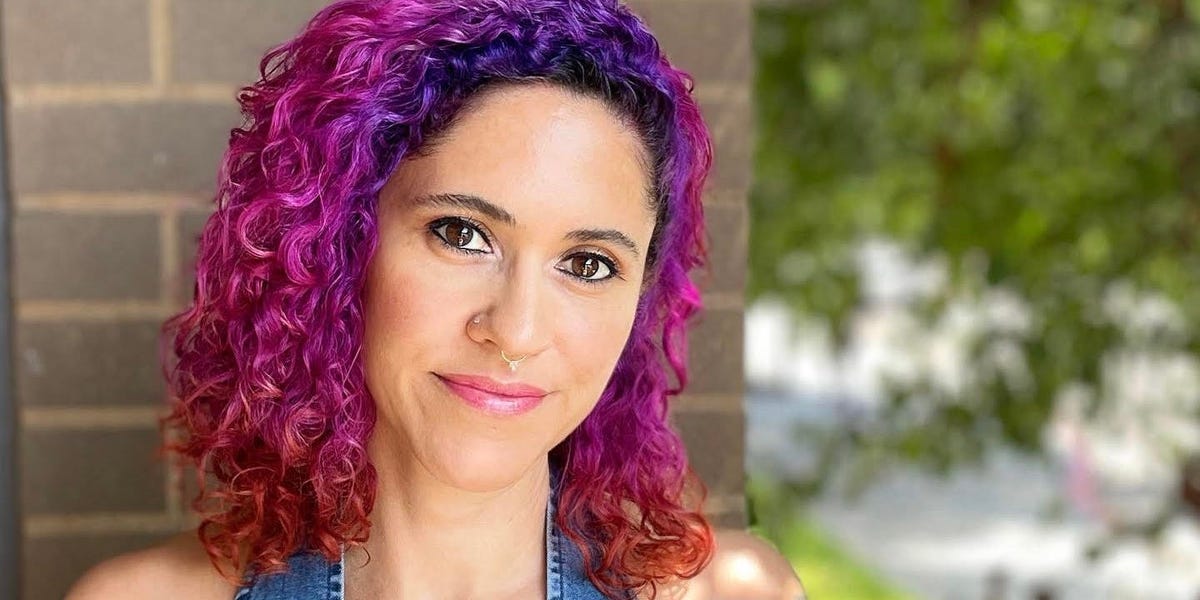 Going out is something I’ve done many times.

I happily came out as a lesbian in my 20s and then with some confusion as a non-lesbian when I started working with trans men nearly two decades later. I came out in my 40s — painfully, but determined to shed light on an important issue — as a survivor of domestic abuse perpetrated by a woman. And I came out in hopes of helping normalize neurodiversity this past year as a highly sensitive and dyslexic person.

But it was harder to tell people that my partner and I are poly.

I am very proud and a firm believer in my relationship model, but it remains a challenge to reveal this information to the world. For someone who finds it so easy to be out in a wide range of ways, what is it about multi-identity that bothers me when it comes to sharing with her? I’ve told myself it’s because I haven’t had a secondary significant other yet, and my partner prefers privacy — but while both of those things are true, that’s not the full story.

There are a few bigger reasons.

Multi-relationship models are not well understood

The concept of Ethically Non-Monogamous Relationships, or ENM, has gained popularity primarily in the context of cisgender heterosexual couples who want to bring an extra woman, also known as a “unicorn,” into their bedrooms.

That’s the last thing I want to be associated with — from the problematic and colonialist label of ENM to the straight-couple relationship — but it’s the umbrella term for my relationship style.

Poly can be done in many ways. To me it means a meaningful emotional and physical commitment to others and to my partner it means something a little different. Some people are part of a polycluster or group connected by relationships, while others, like me, function as monopolists, where every relationship I’m in exists only with that one person.

As the primary partner of a trans person, I have been shocked countless times by the audacity of strangers. I have been asked about my partner’s body parts, surgeries and more.

The idea of ​​adding my relationship model to this mix is ​​exhausting. While I love being in the limelight for my work as a writer and chef, I don’t want to take it upon myself to explain everything Google can about how my love life works to anyone who asks, and that’s what poly would require.

From the quarantine to the horrific political events of the past two years, these days my emotional energy for strangers and acquaintances on the Internet is limited.

I’m afraid of the crisis

Polyamory to me is having an abundance of love in my heart. I love attention and need plenty of it.

Having more than one person to get it from allows me to not rely too much on my primary partner and worry about overtaxing that relationship. I believe that attraction to others is normal and natural, and that acting on it with one person does not diminish the connection with another, provided all parties know and consent.

However, the judgments I hear from people do not align with this thinking, and I fear that they will see me as someone who is unhappy in their relationship, has bad boundaries, or has “too many” needs.

None of these things are true, but I still fear the judgment of others. And while I’ve learned how to let go of strangers thinking about me, I’m still terrified of the idea of ​​my parents disapproving.

A dear friend of mine is out and about and proud of her life and relationships, regularly posting about them on social media. I watched her face become disgusted and outraged by her family, who urged her to keep this information behind closed doors, and I admire her more with each provocative post.