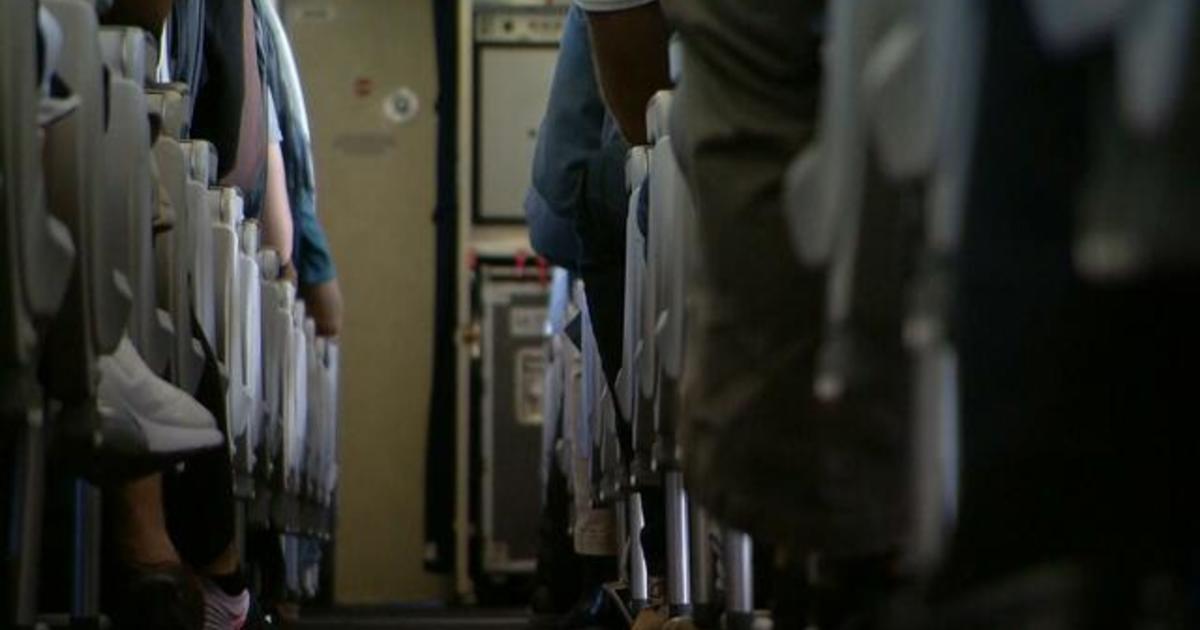 Airline passengers have been crammed into seats that have shrunk to just 16 inches wide over the past 30 years. Now, the Federal Aviation Administration wants to determine the minimum seat clearance needed to safely evacuate an aircraft in 90 seconds — and it’s asking the public for input on the size and safety of airline seats.

Seat width it has decreased by as much as four inches in the last 30 years. Seat pitch has shrunk from about 35 inches to 31 and in some cases as little as 28 inches—allowing airlines to add more seats that they can then sell.

The FlyersRights group estimates that only about 25% of passengers, one in four, actually fit in these seats.

More than half of fliers (56%) in an Atmosphere Research survey in June were dissatisfied with legroom in the economy section.

The FAA said its review of 10 years of incidents found the overall level of evacuation safety to be “very high.”

In 2019, to study the safe size of airline seats, the FAA used a simulated cabin that can fill with smoke and plunge into darkness.

Volunteer passengers participating in simulated evacuations had different seat sizes, but during the study did not have to deal with real-life obstacles such as bags, smoke, comfort animals or darkness.

They were also in groups of 60 — fewer people than on many regional aircraft.

After the agitation, the FAA found that “seat size and spacing did not adversely affect the success of emergency evacuations.”

But because all of the participants were able-bodied adults under the age of 60, FAA Administrator Steve Dickson acknowledged that the results are “useful” but “not necessarily definitive.”

Tennessee Democratic Rep. Steve Cohen, who authored the legislation requiring the seat size study, said he was concerned about how quickly people would be able to get out of their seats if they needed to because of their shrinking size.

“The American public is getting fatter and fatter and the seats are getting smaller and smaller,” Cohen told CBS News’ Kris Van Cleave.

Human behavior is a critical factor if an airplane must be evacuated in 90 seconds or less. In 2016, when American Airlines Flight 383’s engine caught fire on takeoff, it took nearly two and a half minutes to get everyone off the plane in part because passengers grabbed their luggage.

The FAA says it’s not asking for comments on what dimensions fliers might find most comfortable — only they deal with security.

Tests have shown that less than 28 inches between seats can have a negative impact on the ability to exit a plane in a hurry. The comment period is open for 90 days. Comments may be submitted online at regulations.gov