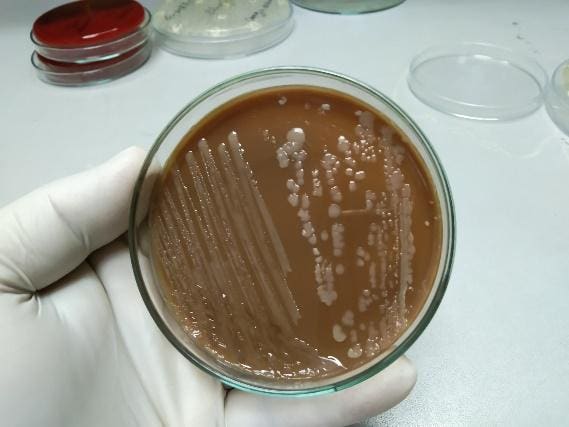 The product – Pathisol – can disinfect a surface in two minutes, which is five times faster than bleach. It can also kill 99.99% of pathogens, including hospital superbug Clostridium difficile.

A team of researchers at Teeside University conducted one independent trial of the new product in North Tees and the Hartlepool Foundation Trust in the north of England.

Developed by hospital subsidiary NTH Solutions, it contains a chemical called “hypochloric acid”, which is already widely used in the US.

“We know that hypochlorous acid works from studies done in the US, but there is still no clear evidence that it is effective in an acute clinical setting such as an NHS hospital,” NTH Solutions head of Education and Development Dan Sullivan told Forbes.

“Our study aims to provide this evidence through a robust, independent test in live clinical settings.”

North Tees and Hartlepool chief nurse Rebecca Denton Smith added: “Pathisol is a natural product. It is known as hypochlorous acid and is found in our body.

“It is our natural first line defense against infection. It can be easily manufactured, easily applied and, most importantly, it kills a wide range of pathogens.”

As well as being safer, cheaper to manufacture and less harmful to the environment than bleach, the company says Pathisol can be made on-site in hospitals, which can reduce the need for plastic bottles.

The trial, which has three phases, is still ongoing, with previous research efforts delayed by the pandemic. But it is already showing positive results.

During the first phase, researchers swabbed random locations in three hospital wards, before sending samples for testing to the hospital’s microbiology laboratory.

There, they are left for 24 hours to see what colonies grow. This gives researchers a basic understanding of the pathogens that live in each chamber when it is cleaned normally.

In the second phase, the normal cleaning solution is exchanged for Pathisol.

In the third, researchers are testing a new method of applying hypochlorous acid: spraying it on surfaces with electrostatic handheld devices.

The smears from each phase of the test are compared to previous results to determine how effective the new solution is.

So far, the results have been positive, both for Pathisol and the new application method.

Dan Sullivan said: “We are awaiting independent verification of the data, but early indications are that Pathisol has successfully reduced the microbial load in test areas with improved reduction when electrostatic technology was applied.”

Teeside University plans to publish the data in due course.

The company’s director of environmental and decontamination services Tony Sullivan said these promising results could translate into tangible benefits for hospitals.

He said: “Pathisol can take up to 2 minutes to disinfect a surface, whereas bleach can take up to 10 minutes. In NHS terms, this means we can turn a bed around 5 times faster using [the product] to disinfect and we can deep clean a ward without having to evacuate it for 24 hours.”