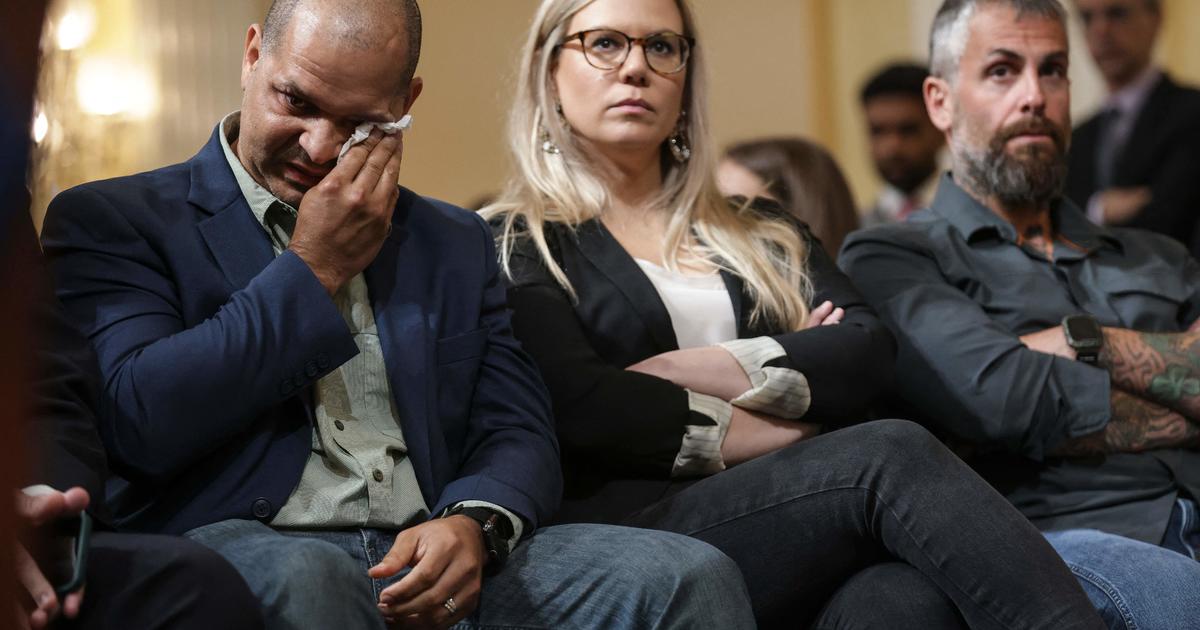 Erin Smith fought for months for death benefits after her husband, a DC Metropolitan police officer, died by suicide nine days after the Jan. 6 attack on Capitol Hill. In an interview with CBS News, she initially said she was skeptical about the legislation’s passage, having fought for more than a year to have his suicide designated as a line-of-duty death in the District of Columbia.

“I tried to keep my hopes in the right place, if you will. And once it was approved last night, I was beyond excited,” she said. “Obviously, this is going to help a lot of people. It’s not just me, it’s others who have been through this.”

After the bill passed Monday, Erin Smith was “thrilled” that these officers and their families “will get the recognition they are due from the federal government.”

Legislation that qualifies families of public safety officers who kill themselves to claim death benefits passed the Senate on Monday, part of a broader effort to recognize the emotional impact of traumatic events on first responders nationwide. The measure was unanimously approved.

Erin Smith’s husband, Jeffrey Smith, was a 12-year veteran of the DC Metropolitan Police Department. He was the target of several attacks on January 6 after responding to a mob of rioters who breached the Capitol.

“He left with this one personality and came home with a different one,” Smith said. “He just didn’t want to do or be around anyone. He kept to himself and struggled to really understand what happened that day, his traumas and finally we know the ending.”

Like many parts of the country, Washington, D.C., where Jeff Smith served, did not consider the suicide a line-of-duty death, which left Erin Smith without health insurance and income after her husband’s death. On March, recognized by the District of Columbia that the injury her husband sustained on January 6, 2021, while in the line of duty was the “sole and immediate cause” of his death.

Jeff Smith was one of four law enforcement officers who responded to the January 6 attack who took his own life within seven months of the riot. More than 140 officers with the Capitol Police and Metropolitan Police Department They were injured in the Capitol riot, according to the US Capitol Police Task Force.

The bill was introduced by Reps. David Trone, D-Maryland, and Guy Reschenthaler, R-Pennsylvania, and Sens. Tammy Duckworth, D-Illinois, and John Cornyn, R-Texas. The legislation expands the Public Safety Officers Benefit Program to provide coverage to officers who die by suicide or become permanently disabled due to traumatic service-related experiences.

Currently, the program only covers physical injuries, but the new legislation will allow public safety officers to seek disability benefits for post-traumatic stress disorder linked to serious trauma. Families of law enforcement officers and first responders who die by suicide are now eligible to seek death benefits now that suicide is recognized as a line-of-duty death.

For Erin Smith, this recognition brings a sense of “peace.”

“Firefighters, EMS, police, whoever is considered a first responder, their families will benefit from this as long as they meet one of three criteria,” he explained.

Erin Smith is now asking to have her husband’s name added to the National Law Enforcement Memorial in Washington and to see that he be buried at Arlington National Cemetery next to US Capitol Police Officer Brian Siknik, who died of natural causes one day . after defending the Capitol. Siknik was I lie down to rest in February 2021.

The House passed the bill in May with overwhelming bipartisan support, with just 17 Republican lawmakers voting against the.

The legislation now heads to President Biden’s desk for his signature.

If you or someone you know is in emotional distress or a suicidal crisis, call the National Suicide Prevention Lifeline at 1-800-273-TALK (8255).

For more information about mental health care resources and support, you can contact the National Alliance on Mental Illness (NAMI) Helpline Monday through Friday, 10 a.m.–6 p.m. ET, at 1-800-950-NAMI (6264) or email info@nami.org.